The Australian Government announced in October it will fund seven new Indigenous Protected Areas (IPAs)—land that is developed and managed by Traditional Owners and sustained through a working partnership with government—covering 40 million acres of land in South Australia, Queensland, and the Northern Territory. The proposed new reserves will be added to the 35 million acres of IPAs funded in 2018 and the existing IPA network, which protects 168 million acres. The proposed areas will protect a diverse range of habitats, including tropical rainforests, wetlands and rivers, savannah woodlands, desert shrublands, and mountain ranges. When two of the new IPAs are added to existing reserves in the Central and Western deserts, it will form one of the largest contiguous areas of protected land in the world. For the past decade, Pew has worked with a partnership of more than 40 Indigenous land and sea management groups to support development of the IPA network and the growth in Indigenous Ranger jobs.

Carbon farming in the Australian Outback

In December, the government of Western Australia issued a new policy that will allow ranchers on state-owned pastoral leases to earn and trade carbon credits by reducing grazing and allowing the regeneration of native trees and other vegetation that absorb carbon dioxide. Known as carbon farming, the practice enables Western Australian leaseholders to participate in the Commonwealth’s Government Emissions Reduction Fund and receive income from selling carbon credits to industrial entities to offset the pollutants they generate. The Western Australian government’s action follows a two-year effort by Pew’s Outback to Oceans project, which worked with local ranchers and government officials to provide an important incentive to conserving biodiversity.

In March, Virginia Governor Ralph Northam signed into law the Virginia Community Flood Preparedness Fund, a new revolving loan program to fund flood risk reduction activities. This program will support community-scale projects and nature-based solutions such as buying out repeatedly flooded properties, restoring floodplain, or installing living shorelines, and is estimated to be funded with approximately $45 million annually. In January, Pew released a poll showing that 84 percent of registered voters in the state—across party lines—favor this type of investment for community flood risk reduction. Pew was the primary organization advocating for dedicated funding for the program and prioritizing nature-based flood mitigation projects.

Pew broadband research initiative staff testified in October before the Missouri House of Representatives on findings from the team’s report on how states are expanding access and offered some tactics for connecting underserved communities. Such testimony fulfills a key goal of the initiative to inform policymaking through research. At the request of the state’s lieutenant governor, the broadband team will continue engaging with the Missouri State Legislature through 2020. The team will provide an overview of “broadband basics” to state lawmakers, specifically focusing on the technical components of a connection and the various impacts broadband has on communities. Additionally, the team will provide research to help Missouri make progress toward its connectivity goal.

In November, Ts’ude Nilįne Tuyeta, also known as the Ramparts River and Wetlands, became Canada’s third protected area jointly established by Indigenous and Crown governments as part of Canada’s commitment to meet the U.N. Convention on Biological Diversity targets of protecting 17 percent of its land and inland waters by 2020. The 2.5 million-acre protected area, located on the traditional lands of the Sahtu First Nations in the Northwest Territories, is prime northern boreal forest habitat. It supports a wide array of waterfowl, migratory birds, and species at risk including peregrine falcons, mountain caribou, and wolverine. Pew and its partners in the International Boreal Conservation Campaign were instrumental in the Ramparts first receiving interim protection in 2006 and helped the Sahtu develop and advance a proposal to Canada’s Nature Fund that enabled it to be designated as a jointly managed territorial park and Indigenous Protected Area.

At a ministerial conference on illegal, unreported, and unregulated fishing and vessel safety in Torremolinos, Spain, in October, 48 countries—including China, South Korea, the United Kingdom, Chile, Argentina, and Panama—signed a formal declaration pledging ratification of the Cape Town Agreement on fishing vessel safety in time to bring it into force by the October 2022 deadline. The treaty, which would enable better coordination and more stringent inspections of vessel safety and labor conditions, requires ratification by a minimum of 22 nations with a combined 3,600 fishing vessels over 24 meters in length. Pew achieved observer status at the International Maritime Organization in December 2017 and has worked to revitalize interest in the agreement by highlighting the clear link between illegal, unreported, and unregulated fishing and substandard safety and labor practices aboard fishing vessels. The agreement now has 13 signatories with an aggregate total of 1,431 vessels. If the commitments made at the Torremolinos conference are realized, the treaty will enter force on time and with more than sufficient numbers of countries and fishing vessels, resulting in the achievement of a major objective of the project.

At its annual meeting in December, the Western and Central Pacific Fisheries Commission agreed to increase protections for threatened manta and mobula rays by mandating that fishing vessels that primarily use two types of gear—purse seine, which uses large netting, and longline, which uses a sometimes miles-long line with baited hooks—immediately release these species when caught within the commission’s jurisdiction, an area that covers close to 20 percent of the Earth’s surface. Pew worked with various governments to support the adoption of the proposal.

The Pew Research Center in January launched a year-long research initiative, Election News Pathways, exploring how Americans’ news habits and attitudes relate to what they hear, perceive, and know about the 2020 U.S. presidential election. In an experimental dissemination effort, the project prioritizes releasing data in real time over producing narrative reports. A central feature is a digital, interactive tool allowing journalists and other data-savvy professionals to conduct their own analyses of the center’s survey questions. The center will update the data tool with new findings throughout the year. A study on media polarization accompanied the launch; it found that Republicans and Democrats place their trust in two nearly inverse news media environments. Overall, Republicans and Republican-leaning independents view many heavily relied-on sources across a range of platforms as untrustworthy. At the same time, Democrats and independents who lean Democratic see most of those sources as credible and rely on them to a far greater degree. Furthermore, evidence suggests that partisan polarization in the use and trust of media sources has widened in the past five years.

Americans say there is too much economic inequality

The Pew Research Center released in November a report on U.S. views of climate change, finding that majorities of Americans say the federal government is not doing enough to reduce the effects of global climate change. While there is strong consensus among Democrats (90 percent, including independents who lean to the Democratic Party) on the need for more government efforts to reduce the effects of climate change, Republican views are divided along ideological, generational, and gender lines. A majority of moderate or liberal Republicans (65 percent, including GOP-leaning independents) say the federal government is doing too little to reduce the effects of climate change. In contrast, only about one-quarter of conservative Republicans (24 percent) say the same, while about half (48 percent) think the government is doing about the right amount and another 26 percent say it is doing too much. Among younger Republicans—adults in the Millennial generation and Generation Z, ages 18 to 38 in 2019—52 percent think the government is doing too little on climate. By comparison, 41 percent among Generation X and 31 percent of Baby Boomer and older Americans say this. Republican women (46 percent) also are more inclined than GOP men (34 percent) to think the government’s efforts on climate are insufficient.

Composer Jennifer Higdon, a 1999 Pew arts fellow, received a Grammy Award in the category of Best Contemporary Classical Composition for her “Harp Concerto,” performed by Yolanda Kondonassis and the Rochester Philharmonic Orchestra in New York. Higdon has previously won two Grammys and the Pulitzer Prize, among many other awards. The 2020 Grammy Award ceremony took place on Jan. 26.

Trapeta B. Mayson, a 2002 Pew fellow in the arts, has been named by the Free Library of Philadelphia as the 2020-21 poet laureate for the city of Philadelphia. Since 2012, four of the city’s five poet laureates have been Pew fellows. In addition, Pew fellows were recognized in “best of 2019” lists from national and international publications. Among the most notable were the inclusion of playwright and director Tina Satter’s “Is This a Room” on The New York Times’ list of the year’s best theater pieces; The Washington Post naming dancer and choreographer Rennie Harris’ “Lazarus,” created for the Alvin Ailey American Dance Theater, as one of the 10 best dance works; and The Philadelphia Inquirer including on its list of best classical works of 2019 “Aniara,” a new work composed by Robert Maggio and performed by the choral group The Crossing—a work that also received a project grant from the Pew Center for Arts & Heritage.

Pew holds event on the future of fiscal oversight in Philadelphia

Pew convened a meeting of nearly 100 civic leaders on “Fiscal Oversight in Philadelphia: Three Decades of PICA and Policy Options for the Future” in January. The event followed  publication of “The Future of Fiscal Oversight in Philadelphia,” Pew’s issue brief examining the generally positive performance of the Pennsylvania Intergovernmental Cooperation Authority (PICA), a state agency that has overseen the city government’s finances for nearly three decades and is slated to expire in 2023. City leaders are considering whether to try to have PICA renewed. Pew’s Philadelphia research and policy initiative expects to stay engaged with the PICA issue through future research and convenings.

How the U.S. Changed Over the Past Decade Successful Shark Conservation in the Pacific

For most Americans, a home provides safety, security, and shelter. Housing typically represents a family’s single largest expenditure and its major source of wealth. And statistics show that people in the United States spend about 90 percent of their time indoors—with an estimated two-thirds of that spent in the home. 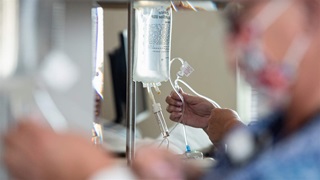