The Choir of Trinity Wall Street and Bang on a Can All-Stars performed composer Julia Wolfe’s “Anthracite Fields,” a choral work originally commissioned by Philadelphia’s Mendelssohn Club with support from The Pew Center for Arts & Heritage, at Carnegie Hall in New York City in December. The Pulitzer Prize-winning composition was inspired by Pennsylvania coal mining communities and explores the American worker’s experience. Upcoming performances are slated for Warsaw, Poland; London; and Dallas.

Ars Nova Workshop’s “Lovers (for Philadelphia),” a concert created by guitarist Nels Cline and inspired by Philadelphia’s musical legacy, historic sites, and collections—and supported by The Pew Center for Arts & Heritage—reached a nationwide audience in September with a broadcast on NPR’s syndicated radio show “Jazz Night in America.” Cline conducted several research trips to Philadelphia, visiting archives at the Curtis Institute and the Free Library, among others, to create a concert repertoire of Philadelphia-generated music by artists such as McCoy Tyner, Benny Golson, and The Delfonics. Known for his work as both a jazz musician and lead guitarist for the rock band Wilco, Cline has been ranked by Rolling Stone magazine as among the 100 greatest guitarists of all time.

Pew Fellows in the Arts honored for literary, film work

In November, The New York Times named writers and Pew fellows in the arts James Ijames and Major Jackson on a list of 32 “black male writers for our time” who are “producing literature that is essential to how we understand our country and its place in the world right now.” Ijames is a performer and playwright whose works have been produced in Philadelphia, New York, and Washington. Jackson, who teaches at the University of Vermont, is a poet and author of four collections as well as poetry editor of the Harvard Review.

Separately, Variety magazine honored filmmaker and Pew fellow Tayarisha Poe as one of “10 Directors to Watch” in 2019. Her debut film, “Selah and the Spades,” premiered at this year’s Sundance Film Festival.

Americans Still Like Their News on TV Informing the Public 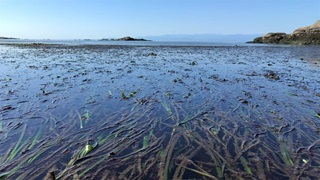