The Hollowing Out of Newsrooms

U.S. newsrooms have lost nearly a quarter of their jobs.

Melinda Henneberger recalls recently visiting old friends at The Dallas Morning News, where she had worked from 1984 to 1989, and being startled to see a large section of the newsroom unoccupied. “It was just so quiet,” she says. Henneberger, of course, knew why: Newspaper readership, and newspaper revenue, had been declining everywhere. The Morning News, which had already seen its rival the Dallas Times-Herald cease publication as readers spurned afternoon papers a generation ago, was responding like the others, with layoffs and downsizing.

Henneberger, however, has stuck it out, and now—after stops at various newspapers, including The New York Times and The Washington Post—is a prize-winning columnist and editorial writer at The Kansas City Star (which itself announced layoffs in late August). In a sense, she epitomizes the U.S. news industry: not surrendering its mission despite huge challenges and uncertainty.

The Pew Research Center has documented the media industry’s arc for the past 15 years, a period of epic change in the way news is gathered, disseminated, and consumed. The center’s annual “State of the News Media” reports provide a portrait of a multifaceted industry struggling to adapt to restless consumers who have ever-expanding choices for gathering information and entertaining themselves. The most recent report shows pillars of the industry still confronting erosions in readership, viewership, and revenue.

Perhaps the most striking trend is the declining number of newsroom employees—primarily reporters, editors, photographers, and videographers. In the decade from 2008 to 2017, newsroom employment nationwide declined by nearly one-fourth (from 114,000 workers to 88,000).

Newspapers led the way, losing a remarkable 45 percent of their newsroom employees over those 10 years (dropping from about 71,000 workers to 39,000). The reasons are no mystery. Weekday circulation of U.S. newspapers peaked some 30 years ago, and started dropping in the early 1990s. Advertising revenue declined as well, propelled by changes led by technology—such as Craigslist’s near-domination of classified advertising, which had for decades been a cash cow for newspapers. Pew’s studies show that U.S. newspapers lost two-thirds of their ad revenue, print and digital combined, from 2006 to 2017.

The impact of round after round of layoffs is seen in darkened portions of newsrooms, the selling of iconic newspaper buildings such as The Philadephia Inquirer’s, and most importantly, fewer reporters attending to what was once considered essential coverage. By 2014, 21 states didn’t have a single local daily newspaper with a dedicated D.C. correspondent covering Congress and tracking the issues of importance to state residents.

And the latest Pew report, which focuses on data from 2017, shows that print media aren’t the only outlets struggling to attract and keep customers. Audiences were lower last year for network TV news, local TV news, cable news, and digital news than they were in 2016.

The center launched its annual reports on the news media in 2004, when the industry was already undergoing seismic changes but big-picture data were hard to find. Statistics on network news ratings were in one place, local TV news ratings were in another, and financial information in yet another, says Amy Mitchell, director of journalism research at the center. “Nothing existed that had all the data in one place,” she says. The annual reports became that crucial one-stop place for comprehensive views of a vital U.S. industry, helping fulfill Pew’s longtime interest in an informed public and its role in a functioning democracy. “The whole of our work focuses on how people are informed, and on different elements of our informed society,” Mitchell says. The reports focus on the industry perspective—one that the latest report shows suffered almost across-the-board losses in audiences last year.

While 2017 marked another in a long string of annual declines for newspapers, with weekday circulation (print and digital combined) of English-language papers falling by 11 percent from 2016 and readership of Spanish-language newspapers also dropping, the eye-popping numbers come from the worlds of television and online news.

News viewership also fell from 2016 for many local TV affiliates during key time slots. The biggest drop was in morning local news shows, but news programming in midday, early evening, and late night suffered too. Financially, advertising on local TV stations generated less revenue in 2017 than in 2016, but such drops are typical in non-election years; campaign ads flood the airwaves, and fill local stations’ coffers, during both presidential and midterm elections.

And at the three main cable news networks—Fox News, CNN, and MSNBC— combined viewership of prime-time programs fell 12 percent in 2017. (Revenue, however, was up.)

Digital news publishers saw the number of monthly unique visitors to their primary web address fall by 5 percent in the fourth quarter of 2017 compared to the previous year—a shift after several years of growth, and one that Mitchell says bears close watching to see if 2017 was an aberration or a sign of levelling off. Nonetheless, revenue rose at digital news companies last year.

Affiliates of NPR accounted for a rare bright spot in the media industry in 2017, with their audiences rising slightly.

Actually, Millennials Are Planning for Retirement When You Say You Believe In God, What Do You Mean?
About Trust Magazine
As part of our mission to inform the public, Pew publishes Trust magazine four times a year...
Learn More
Media Contact
Felisa Klubes
Director, Communications
202.540.6460
Sign Up For Weekly Updates
Don’t miss our latest facts, findings, and survey results in The Rundown. 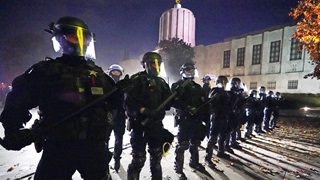 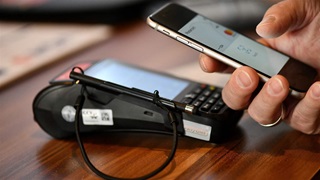