White and Damon founded Water.org a decade ago to bring clean water and sanitation to the developing world. The organization now works in Africa, Asia, and Latin America.

Water is essential for us all, but even in this modern age a significant number of people lack access to clean water and sanitation. What misconceptions do some people have about the state of the global crisis?

Matt: That’s a good question. For those of us who grew up in the States a clean drink of water is only a few steps away at any given time. But the water in our toilets is cleaner than the water that about 800 million people have access to on a daily basis. That causes a massive number of problems, not the least of which is death. About a million kids a year are dying completely preventable deaths because they lack access to clean water and sanitation. There is also the opportunity cost of the time women and girls spend collecting water. Young girls are out of school because they are out collecting water.

Gary: That’s a huge problem—you mention the time, Matt—200 million hours will be spent by women and girls today walking to collect water, 266 million hours will be spent by them walking to find a safe place to defecate. But there are solutions that work. And we’ve been pioneering those types of solutions, especially with access to affordable finance, so people can get the water and sanitation solutions at the household level that best meets their needs.

As you began your work, how did you decide to focus on affordable financing?

Matt: It started with this insight that Gary had—he’ll be too humble to say it, so I’ll say it for him. He spent a lot of time in developing countries and realized those living in poverty were paying a tremendous amount for their water. They were paying as much as 15 times more for water than the middle class because they weren’t connected to the infrastructure. They had no savings. Gary thought about the ideas that Muhammad Yunus pioneered with microfinance and asked, “What if we apply that to the water sector?” It was a big thought leap at the time. A lot of these people are working jobs and then leaving those jobs to queue up for water and it’s incredibly unproductive. Gary thought if you could front them the money to connect to the pipes that were running right underneath the slum that they were living in—a loan for about $200 or less that they didn’t have in savings—they could pay that loan back and end up with more time to work. They would have more time to pay off the loan.

How does your organization work and what’s an example of one of your success stories?

Gary: I was in the Philippines recently meeting people who bring stories to life for us. This woman I met outside the slums of Manila, Leneriza was her name, she was paying $60 a month to one of these water vendors to come and deliver water to her home. She took out a loan through one of our partners. And she then got a water connection, as Matt mentioned, right into her home. If you combine her loan payments plus the water tariff she’s paying each month, it’s about $10. You can see from Leneriza’s example that there is a huge amount of inefficiency in the system. The market is broken. And that’s what we’re trying to do, correct this market failure through access to affordable finance. Nearly every loan is repaid by the borrowers. And more than half of the people who benefit from them live on less than $2 a day. I was on the Global Agenda Council on Water Security with the World Economic Forum and we did the numbers. There is about $300 billion in coping costs spent by people each year because of the failure of water and sanitation systems worldwide. We work to make the system more efficient by redirecting those coping costs, demonstrating that people living in poverty really aren’t a problem to be solved; they’re a market to be served.

Matt: The exciting part is watching how successful this has been. It’s worked better than we ever could have hoped. We reached our first million people in 2012. We’re reaching more than a million people a quarter now. The model’s proven.

Given the worldwide scope of the water crisis, what can an individual do to help?

Gary: The best way for individuals to help is through organizations that are tackling the crisis on a large scale. People can start their own fundraisers, donate, or download facts about the water crisis to share from our Water.org website. We also plan to launch a platform later this year where anyone can make a loan to someone who needs it for water and sanitation.

You’re not alone in seeking to make a difference. From the United Nations to government agencies to philanthropic organizations, a range of efforts is underway. What’s been accomplished—and what’s left to be done?

Matt: The World Bank identified 500 million people who could be reached with finance. We’ve projected, and we’re on target, to reach 60 million people by 2022. As Bill Clinton said to us years ago—he looked at Gary’s model and this was before we reached a million people—and he said, “This is going to work. Run those numbers up.” And he’s right. That’s what we’ve been doing and will continue to do.

Gary: Impact investing is a powerful way to bring private capital in to fuel this market. Matt and I co-founded WaterEquity, the first-ever impact investment manager dedicated to solving the global water and sanitation crisis. Now that we have demonstrated the market beyond a shadow of a doubt, it is time to fuel it. Philanthropy alone cannot solve this crisis, but a blend of private finance and philanthropy can. 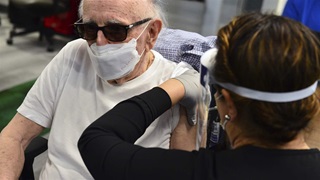