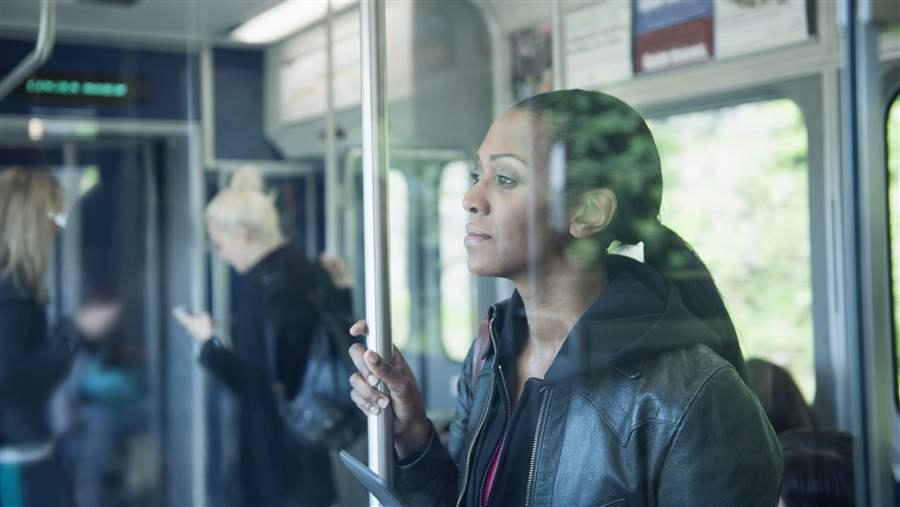 For many Americans, setting aside money in a workplace retirement plan has become a critical component of ensuring financial security in their later years. Still, more than 40 percent of full-time private sector workers say they lack access to either a pension or an employer-based retirement savings plan such as a 401(k). Just under half—49 percent—say they participate in one. This brief continues The Pew Charitable Trust’s analysis of Census Bureau data that show broad differences in retirement plan coverage across the states, with a look at access in the nation’s large metropolitan areas.

About 51 million full-time, full-year private sector workers live in “metropolitan statistical areas” (MSAs). That is close to three-fourths of all such workers in the United States. For policymakers at the federal, state, and even city levels, these areas present challenges and opportunities for increasing the availability of workplace retirement plans. For example, industries and workers that tend to have lower access rates are heavily clustered in certain metropolitan areas. At the same time, the concentrated nature of these localities means that government efforts can reach large numbers of people. Recognizing this situation, New York City is considering its own proposal to expand retirement plan coverage for private sector workers within its boroughs. 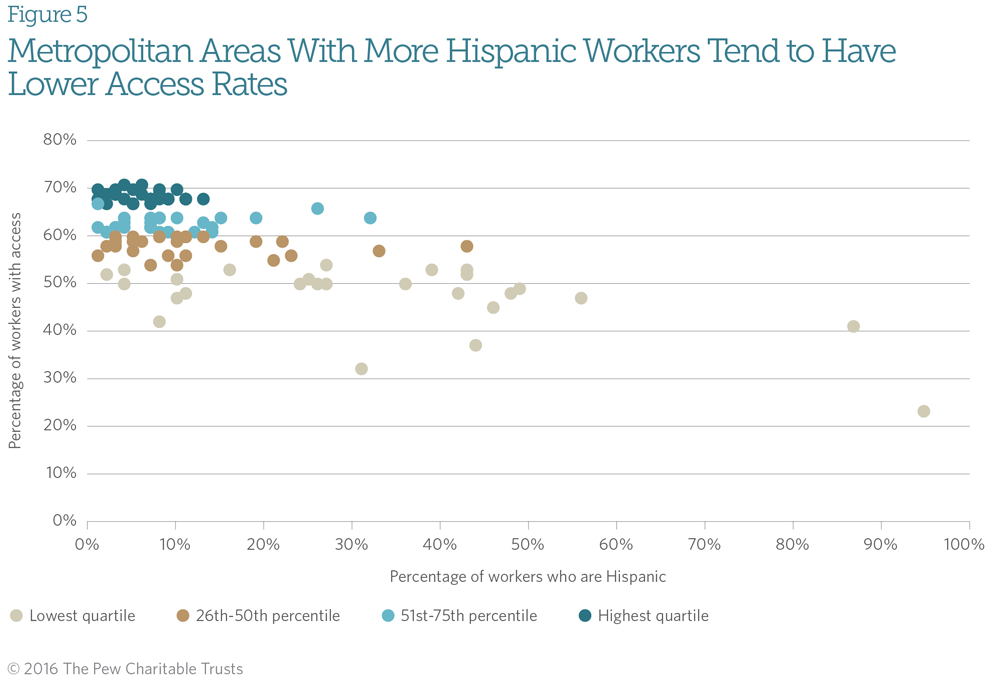 The figures in this brief come from a pooled version of the 2010-14 Minnesota Population Center’s Integrated Public Use Microdata Series Current Population Survey (CPS), Annual Social and Economic Supplement. Unless otherwise noted, “worker” means a full-time, full-year, private sector wage and salary worker age 18 to 64. The term “metropolitan area” refers to a metropolitan statistical area, as defined by the federal Office of Management and Budget.

Readers should be aware that all access figures are self-reported by survey respondents and subject to error. Additionally, the CPS is not specifically designed to provide representative metropolitan area estimates, and figures are subject to greater uncertainty than national or state estimates. Pew uses the CPS for this analysis because it provides the best available estimates of retirement plan access at the metropolitan area level.

Pew’s January 2016 report Who’s In, Who’s Out examined access to and participation in retirement plans in all 50 states. For space limitations and because participation largely tracks access, this brief only shows access to retirement plans. The separate report provides more detailed examination of the data and limitations. The data visualization that accompanied the report includes both access and participation rates in the states and the metropolitan statistical areas.