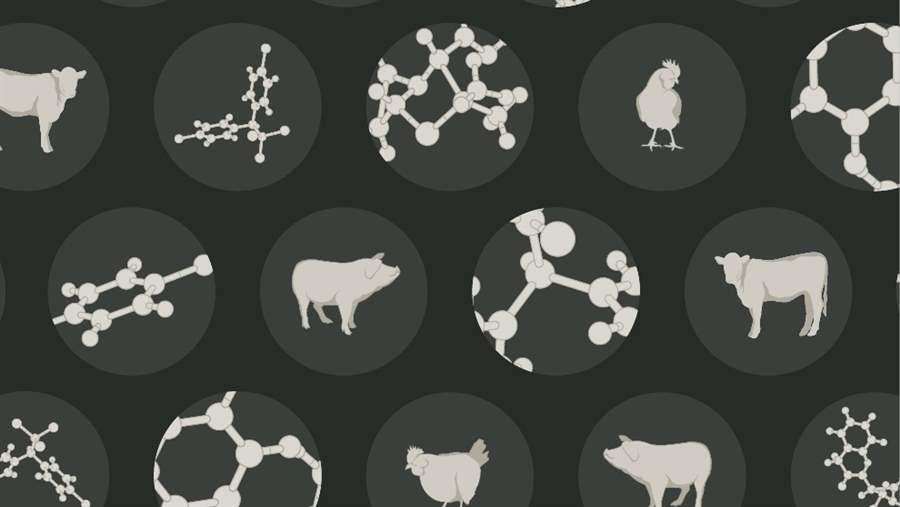 Contamination of the nation’s food chain—specifically meat and poultry products—can occur through exposure to the residues of drugs and pesticides used in agricultural production and also via industrial chemicals and other environmental contaminants. In order to protect consumers from hazardous levels of these compounds, the Food Safety and Inspection Service (FSIS) of the U.S. Department of Agriculture (USDA) administers the National Residue Program (NRP), a science-based system designed to assess drug and chemical exposure in various foodproducing species.

The FSIS is responsible for the safety of domestic and imported meat and poultry products, ensuring that they are free of adulterants and a wide range of biological and chemical contaminants. Through the NRP, FSIS inspectors conduct thousands of tests each year and, where possible, compare the results with tolerance levels (i.e., the maximum levels allowed by law). These limits are established by the Food and Drug Administration (FDA) or the Environmental Protection Agency (EPA) during the drug approval or pesticide registration process. The selection of compounds included in the NRP’s sampling plans is decided by the Surveillance Advisory Team (SAT), consisting of representatives from the FSIS, FDA, EPA, Centers for Disease Control and Prevention (CDC), and the USDA’s Agricultural Marketing Service and Agricultural Research Service. Chemical compounds tested in this program include approved and unapproved veterinary drugs, pesticides, and environmental contaminants.

The FSIS has the authority to take enforcement action (e.g., fines, facility closures) against businesses that market products containing potentially hazardous levels of harmful chemicals. In addition, violations are reported to the EPA and FDA; the latter agency has on-farm jurisdiction and investigates producers linked to residue violations with cooperation from state agencies. Repeat violators are included in the Residue Repeat Violator List maintained by the FSIS, which is a resource for potential buyers of livestock.

The Pew Charitable Trusts undertook a study to assess the process by which the NRP tests for veterinary drugs and other chemical compounds as part of a larger effort to determine risks in the U.S. meat and poultry supply. This study explored the following questions: (1) Is the NRP monitoring the compounds most important to public health? (2) If not, what changes should be made to ensure that monitoring prioritizes these compounds? (3) How does the system incorporate new scientific evidence and address emerging hazards?

The report found major deficiencies in data transparency and the quality of reporting on the decision-making processes underlying compound selection, the documentation of the sampling plans, and the reporting of sampling results. The study also highlights concerns about the NRP’s ability to effectively monitor or respond to emerging risks.

Pew’s analysis raised questions about whether the NRP consistently prioritizes the selection of compounds based on their public health risk to consumers. Some compounds that experts agree pose a significant public health hazard, such as dioxins and certain heavy metals, are not tested for routinely, while others posing little risk are regularly included in sampling plans. Other considerations may warrant the inclusion of a compound with relatively low public health risk, but the NRP’s sampling plans and other public documents do not provide such information, making it impossible to understand whether a compound was included based on such considerations. Likewise, in many cases, the program offers no justification for decisions to exclude drugs such as dexamethasone and dipyrone, which scored higher in the NRP’s published risk assessment than several monitored compounds. Finally, decisions to include some compounds, such as avermectins, are based at least in part on studies that are outdated or were not peer-reviewed.

A Note on the Methodology

Sources of data for this evaluation included a close examination of: (1) the past six editions of the USDA FSIS Residue Sampling Plan, known as the Blue Book; (2) the past five editions of the Residue Sample Results, known as the Red Book; (3) FSIS Directive 10,800.1 on residue sampling, testing, and other NRP verification procedures for meat and poultry products; (4) FSIS guideline CLG-MRM1.04 for the screening for and confirmation of animal drug residues; (5) FSIS guideline CLG-PST5.06 for the screening for pesticides; (6) the FSIS’ report on the most recently available dioxin survey (for fiscal year 2013); and (7) the results of the FSIS’ livestock slaughter establishment residue questionnaire. The literature cited by these documents was analyzed, as were any original data sources related to the methods and metrics used to determine acceptance or rejection of specific chemical levels. Federal Register notices, and other publicly available FSIS publications relevant to the NRP, were also considered. Results of the 2012 European Union targeted sampling for bovines, pigs, poultry, and eggs* were also reviewed, as were expert opinions published by relevant national or international standard-setting authorities, such as the Joint Food and Agriculture Organization (FAO)/World Health Organization (WHO) Expert Committee of Food Additives, the European Medicines Authority, and the European Food Safety Authority, and peer-reviewed journals. Relevant assessments of the National Residue Program that were performed by the National Academy of Sciences, the USDA’s Office of the Inspector General, and the U.S. Government Accountability Office were also considered. A draft of this evaluation was shared with the FSIS, FDA, and EPA in early November 2015, and the agencies provided comments and materials that informed the final report. Of note, the FSIS published the 2013 and 2014 Red Books in the last week of December 2015, as this report was being prepared for publication. Some of the data transparency deficiencies identified in the 2012 Red Book have been corrected in these latest publications. To ensure maximum transparency, these instances are clearly highlighted in the final published report.

The following text will summarize and highlight selected aspects of the study, while a comprehensive and systematic analysis of all considered compounds is provided in Appendices A through D. Documents supplied by the agencies to support their responses to Pew’s draft are available in supplemental Appendices E through H, which can be downloaded from the report Web page.

In order to address the program’s limitations, this report makes nine recommendations for strengthening the NRP:

Pew’s assessment builds on previous examinations of the NRP published since 2010 by USDA’s Office of the Inspector General, a National Academy of Sciences committee, and the Government Accountability Office. The report also benefited from the insights and expertise of four external peer reviewers who are trained in toxicology or other relevant disciplines. The FSIS, EPA, and FDA officials who oversee the NRP were given an opportunity to review the report before publication.

The U.S. Department of Agriculture&rsquo;s National Residue Program (NRP) monitors veterinary drugs and other chemical compounds in the U.S. meat and poultry supply, but needs greater scientific rigor and transparency to effectively address public health risks. Below are four deficiencies in the program that could threaten Americans&rsquo; health and must be addressed.