U.S. consumers loaded more than $64 billion onto general purpose reloadable prepaid cards in 2012, according to the Mercator Advisory Group, up from $56.8 billion in 2011. 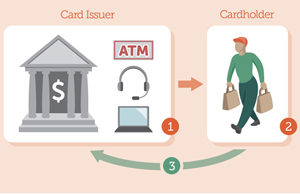 The increasing popularity of the cards is good news for consumers who want an alternative to traditional checking or credit accounts—particularly because these cards have become more affordable over the past year and, in many cases, offer lower and fewer fees than basic checking accounts.

But there are no federal laws or regulations that directly protect consumers from hidden fees, liability for unauthorized transactions, or loss of funds in the event of an issuing institution's failure. Nor are there federal rules requiring these cards to provide disclosures of fees, terms, conditions, or dispute resolution practices.

Federal Reserve Board checking account rules that require consumers to affirmatively opt in to overdraft service also do not apply to GPR cards, and there are no rules preventing other credit products such as a line of credit from being attached to prepaid cards.

Considering the growing use of these cards as an alternative or complementary product to the traditional checking account, it is important for consumers to be able to keep the funds on their GPR prepaid cards secure and perform transactions without risk of losing money or going into debt.

Comparing the data from 2012, when Pew first examined GPR prepaid cards, to 2013, the market has changed in many respects. Outside of the largest providers that make up most of the market, the other cards being offered include many new entrants, including retail banks and established financial services companies.

In addition, the fee structures of many of these cards are shifting. More cards are charging monthly fees but not charging other transaction-based fees, such as point-of-sale or customer service fees. This fee structure more closely resembles traditional checking accounts than a fee structure in which no monthly fee is charged and cardholders incur fees for various uses of the card.

Importantly, though, when Pew compared the median costs of cards using its three model consumers—savvy, basic, and inexperienced—the results for 2013 showed that these cards were slightly cheaper than the cards studied in 2012.

To ensure that GPR prepaid cards are a safe financial product, Pew recommends the following policies be mandated by law or regulation: