The practice of using drift gillnets to catch swordfish and thresher sharks off the coast of California has been controversial for years due to the gear's tendency to kill fish and wildlife the fishermen never intended to catch. Left in the water for hours at a time, these mile-long nets can unintentionally catch, entangle, and in many cases drown a host of marine species, including dolphins, turtles, whales, seals, sharks, and many species of game fish.

That’s why I'm happy to see that the National Oceanic and Atmospheric Administration's fisheries service (NOAA Fisheries) agreed recently to extend an emergency rule to better protect sperm whales.  But this positive step is still not enough. Regional officials now must follow-up with specific actions to shift away from the continued use of gillnets along the Pacific Coast. In March, West Coast fishery managers agreed to transition from this controversial method of fishing to a cleaner, more environmentally sustainable fishery. However, change does not come easily. Now, these managers are considering allowing drift gillnets to continue to operate indefinitely, with only minor modifications. 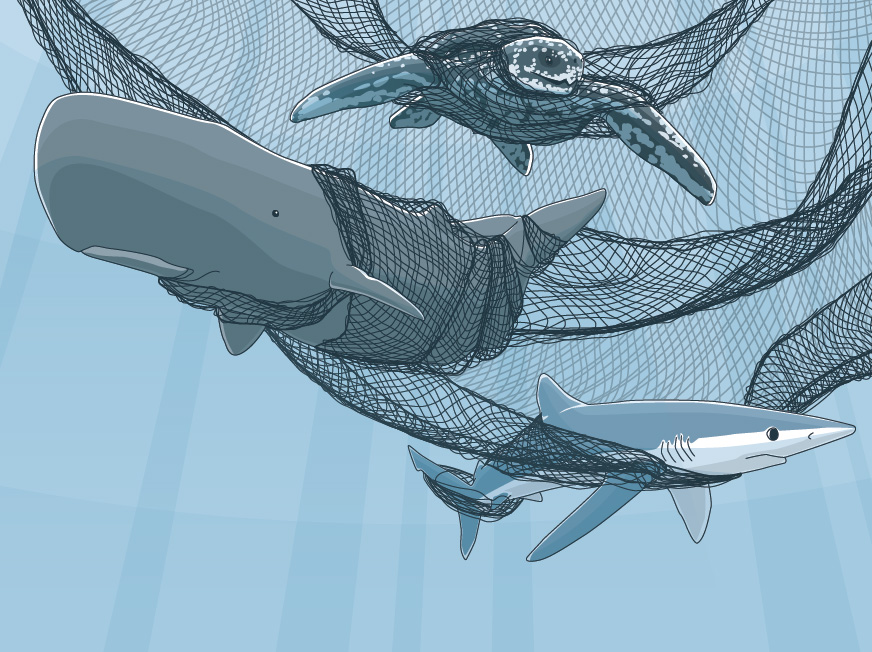 The Pacific Fishery Management Council will convene June 20-25 in Garden Grove, California. During this meeting, the council should act decisively to move this fishery toward more sustainable fishing gear. The first step is establishing clear criteria for granting experimental fishing permits to fishermen willing to try alternative gear that is actively tended and minimizes interaction with non-targeted species.

For example, we see great promise in one method being researched called deep-set buoy gear that drops hooks deep enough to reach swordfish while avoiding other animals, like marine mammals and sea turtles, closer to the surface. When a swordfish strikes, a buoy drops, indicating a fish is on the line. The fisherman immediately retrieves the line and if he or she discovers something other than a swordfish or thresher shark on the hook, it can usually be released quickly and alive. This reduces the amount of fish and wildlife that’s unintentionally caught and killed.

While alternatives are being tested, the existing drift gillnet fishery should also be carefully monitored and regulated. NOAA Fishery's temporary emergency rule requires federally certified observers aboard all drift gillnet vessels operating in water deeper than 6,600 feet and requires the fishery to be shut down if it causes the death or serious injury of another sperm whale. However, plenty of other fish and wildlife, in addition to sperm whales, are killed in this fishery, and enforceable limits should be imposed for other species, too.

Federal regulators should require 100 percent coverage of all fishing trips using drift gillnets; impose firm limits on the killing or injuring of living marine resources such as whales and sea turtles; and close the fishery for the season if those limits are reached.

Over the long term, it doesn’t make sense to continue tinkering with a fundamentally indiscriminate type of fishing gear.

The public should be able to enjoy this prized seafood delicacy with the knowledge that our fishermen are setting the standard for sustainably catching swordfish—and leaving other marine life in the water where it belongs. It’s time that we find a better way to catch Pacific swordfish.