The Bering Strait, approximately 44 nautical miles wide at its narrowest point, is the Pacific gateway to the Arctic Ocean. The movement of water and seasonal sea ice and the presence of a shallow continental shelf create a highly productive marine ecosystem. Almost the entire western Arctic population of bowhead whales travels through the strait twice a year. It also provides important food for the Pacific walrus, spectacled eider, and gray whale. An estimated 12 million seabirds nest or forage in the area each year. The strait is also home to indigenous communities whose inhabitants have lived a traditional way of life along its shores for untold generations. This history gives them great knowledge of the region, its ecosystem, and its diverse wildlife. For many residents of the Arctic, the continued health of the marine environment as well as their subsistence way of life and cultural well-being are inextricably connected. 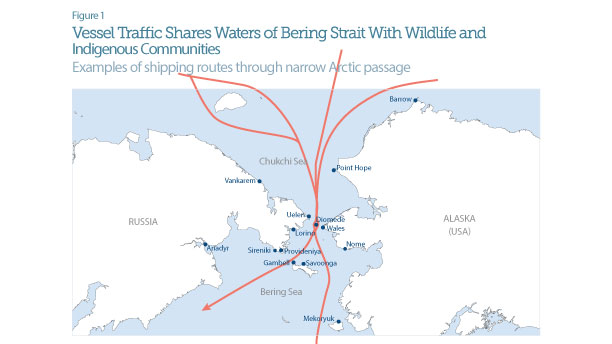 Vessel traffic through the Bering Strait has been increasing steadily. The growth in Arctic marine operations is due in large part to natural resource development made possible by diminishing sea ice and the region’s growing ties to the global economy, trends that are expected to continue. Although shipping activity is light compared with other industrialized regions of the world, the capacity to provide aid and support for vessels in the strait is far more limited than elsewhere. Extreme weather conditions with high seas, ice, and dense fog make response to an oil spill or other accident in these remote and challenging waters almost impossible. Given the cultural, ecological, and economic importance of the region, the potential consequences of an accident are considerable. 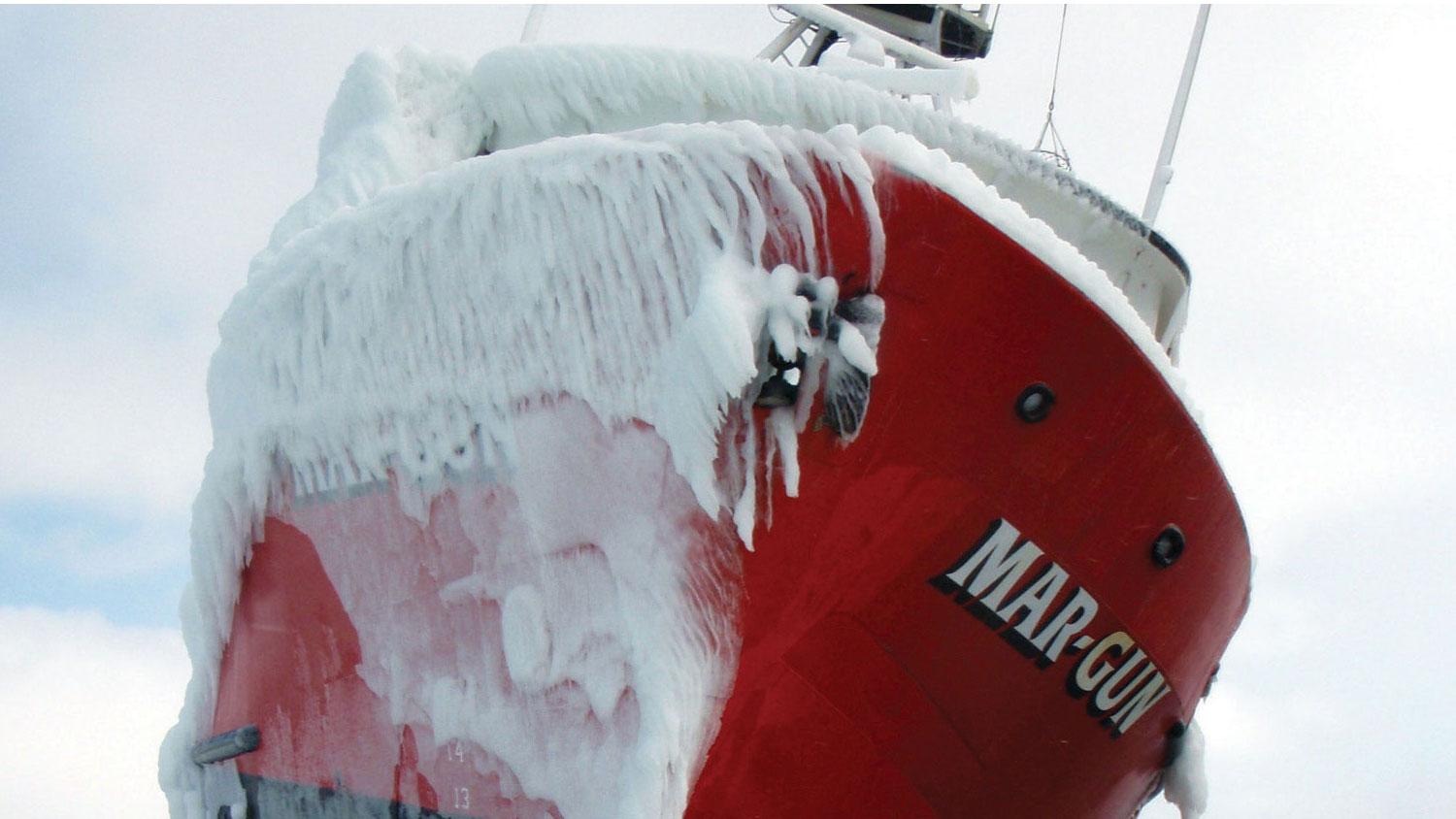 Fishing vessel Mar-Gun grounded on St. George Island in the Bering Sea. Ice accumulated on its starboard side. Freezing temperatures and sea spray can also create structural icing during transit that can be dangerous for a vessel’s stability and crew safety.

Fishing vessel Mar-Gun grounded on St. George Island in the Bering Sea. Ice accumulated on its starboard side. Freezing temperatures and sea spray can also create structural icing during transit that can be dangerous for a vessel’s stability and crew safety.


This brief examines the risks posed by increasing vessel traffic and outlines a series of mitigation measures that authorities can implement to protect all those who depend on the Bering Strait—wildlife and indigenous communities, as well as ships and their crews.

Cargo ships, tankers, barges, and other vessels navigating the Bering Strait pose numerous threats to its vibrant ecosystem and to the indigenous communities that depend on it. Potential risks associated with vessel traffic include:

Information for mariners traveling the Bering Strait is outdated and incomplete. Ensuring that vessels have access to vital and reliable data about conditions in the Bering Strait would help to prevent accidents and to improve compliance with routing and other regulations. U.S. officials could improve the availability of this critical knowledge by:

The growth in shipping in these rough and poorly charted waters makes this a critical moment for the United States to begin developing appropriate standards of care—“rules of the road” for vessel traffic in Arctic waters. Few regulations currently guide vessels through the Bering Strait. Ships traversing U.S. waters without coming from or stopping at an American destination are not subject to U.S. laws. These ships are referred to as vessels in innocent passage. The only way to regulate these vessels is through the International Maritime Organization. Developing international regulations is a long and uncertain process, but there is an opportunity to develop federal rules for U.S.-regulated vessels traveling the Bering Strait. 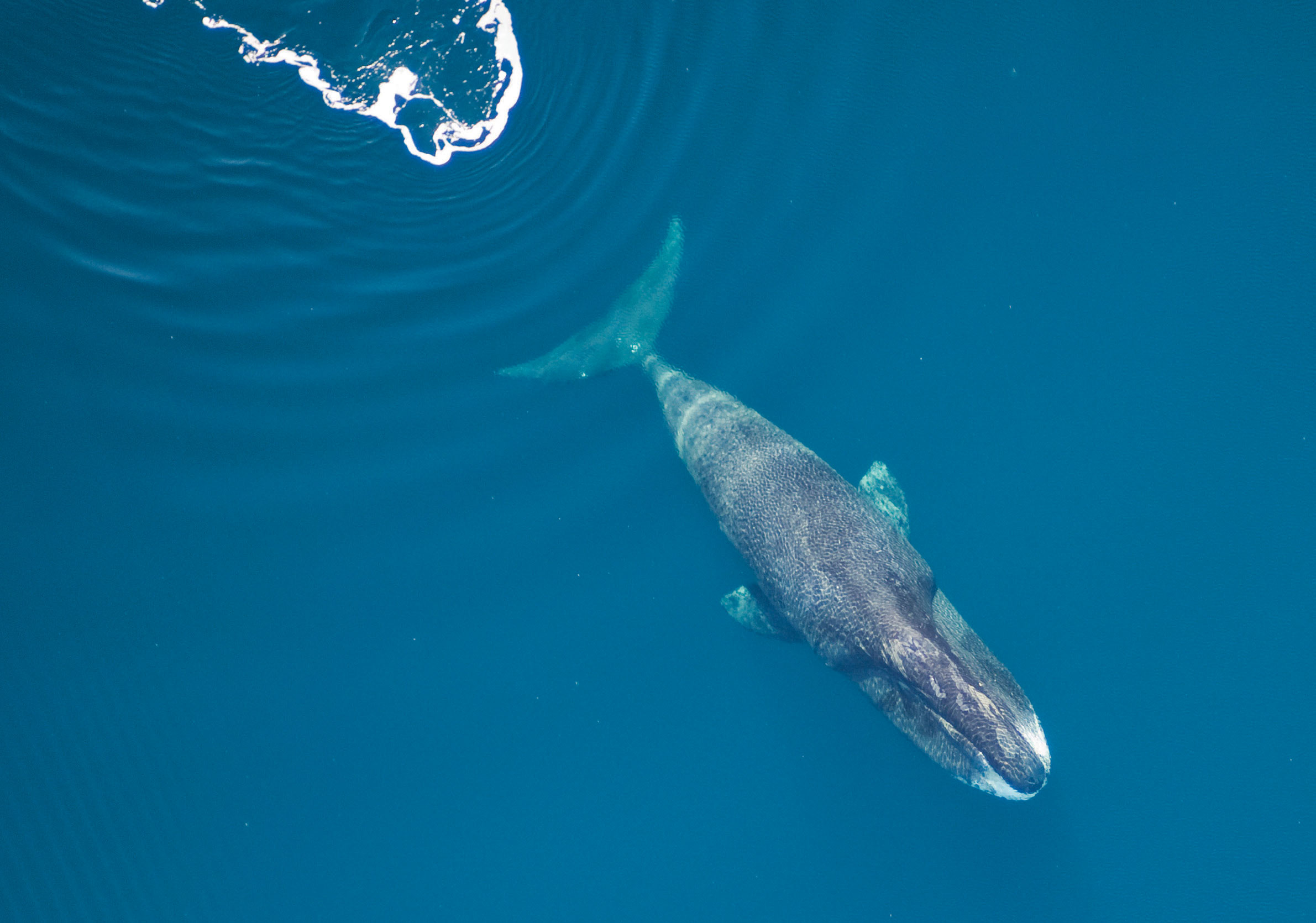 Large slow-moving whales such as grey and bowheads (shown) are especially at risk of vessel strikes.

Below are recommendations for federal standards to ensure safer transport and enhanced emergency preparedness.

For ships under its jurisdiction, the United States should designate clear rules of the road for passage through the Bering Strait, including:

Many vessels larger than 65 feet are required to have an automatic tracking system known as an Automatic Identification System, or AIS,5 which allows their position, speed, cargo, destination, and other information to be monitored. To make full use of this technology, U.S. regulators should require:

Even with the best prevention, accidents can happen; that’s why surrounding communities need to be prepared. Preparedness includes plans, adequate resources, and training to respond to a variety of emergencies in Arctic conditions, including search-and-rescue and oil spill response. The Bering Strait’s remote location and lack of major infrastructure, including airports, docks and ports, and roads, are likely to delay and complicate access to an emergency. Only one U.S. Coast Guard classified oil spill removal organization covers the Aleutian Islands and Bering Strait region. To bolster emergency preparedness in the area, U.S. officials can: 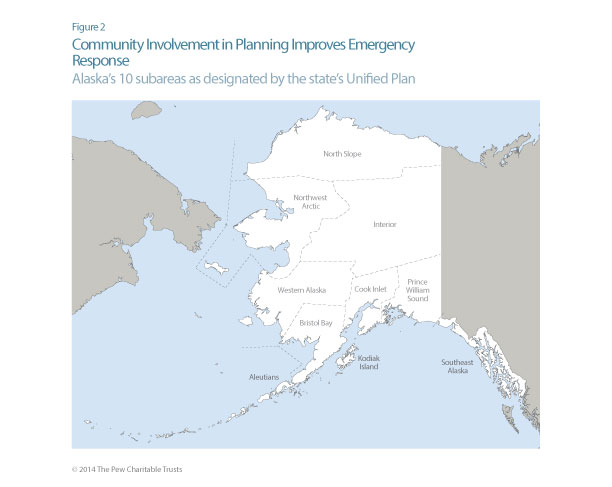 Local communities should be actively involved and play a leadership role with other stakeholders in any of the efforts discussed above. Options include creation or expansion of:

Other options, or combinations of these options, might exist; however, what is most important is that the interested public—particularly the people who live in affected communities—must play a role in policy development and implementation.

(presentation at the Bering Strait

System: Overview and Priorities for Action 2013

and coastal resources in the Arctic, and advancing resilient and healthy Arctic communities and

6    Arctic Research Policy Act of 1984, Section 112. “As used in this title, the term ‘Arctic’
means all United States and foreign territory north  of the Arctic Circle and all United States
territory north and west of the boundary formed by the Porcupine, Yukon, and Kuskokwim Rivers; all
contiguous seas, including the Arctic Ocean and the Beaufort, Bering and Chukchi Seas; and the
Aleutian chain.” 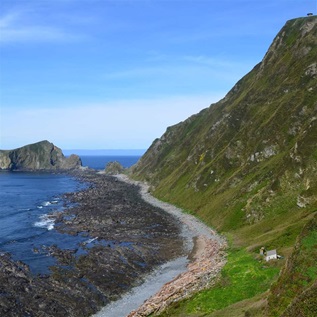 May 20, 2021 How Much Do You Know About Biological Diversity in Canada? 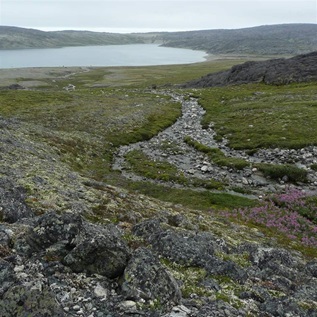 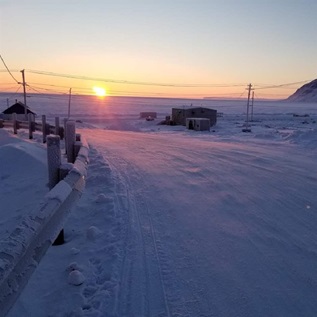