On the morning of May 3, nearly 200 concerned Philadelphians came to the Pennsylvania Convention Center to hear elected officials, academics, economists, and business leaders talk about the city's tax structure, its impact on the local economy, and ideas for reforming it.

The event, "Philadelphia Taxes: Past, Present and Future," was sponsored by The Pew Charitable Trusts and the Center on Regional Politics at Temple University. It featured a presentation by Thomas Ginsberg, project manager of Pew's Philadelphia research, followed by two panel discussions. Video clips of the symposium can be found here. 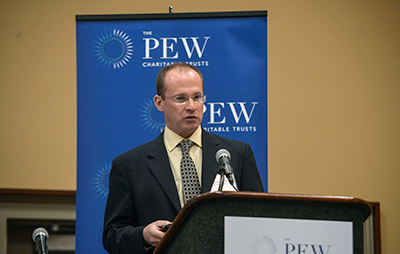 On the first panel, there was broad agreement that Philadelphia's tax structure—which is heavily dependent on wage and business taxes—is an impediment to economic growth and to job creation in the city. Several of the panelists said they favored reducing those taxes and moving toward a greater reliance on the property tax, which is now in the process of being overhauled through the city's Actual Value Initiative.

But the elected officials, speaking on the second panel, were far less enthusiastic about that idea. They said that any shift toward higher property taxes must be done slowly and with great care, so that the taxes do not fall too heavily on homeowners of limited means. In addition, the officials said that many factors besides taxes—including education and training—need to be taken into account in trying to spur the local economy. 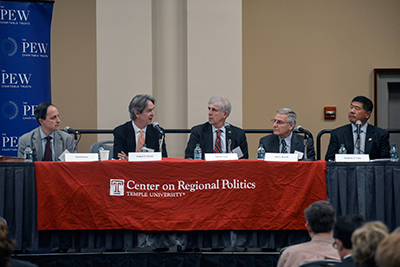 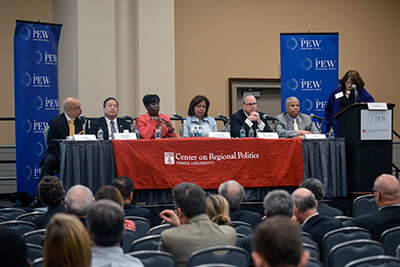 Approximately 30 people participated in the conversation on Twitter. Read the stream.