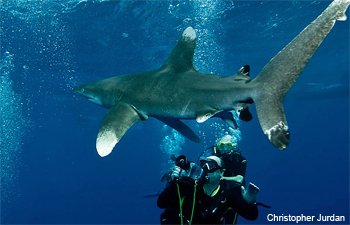 This report quantifies the economic revenues generated by shark diving and the distribution of these revenues to local stakeholders involved with the industry, including businesses, government, and the local community.

Shark-diving contributed US$42.2 million to the economy of Fiji, a sum composed of revenues generated by the industry combined with the taxes paid by shark-divers to the government.

The calculations for the economic revenue of shark-diving were made with three key pieces of information:

An increasing global market for shark fins has driven a shift in the exploitation of sharks from one of largely bycatch to a target fishery around the world. Up to 73 million sharks are killed each year for their fins, but this report adds to the growing knowledge that sharks are worth much more alive than dead.