This report provides an overview of current literature on fish aggregating devices (FADs) and their impacts on tuna populations. It provides specific information on types of FADs, associations of tuna species with FADs, negative impacts of FADs on tuna populations, methods of limiting negative impacts on tuna and possible management options. Although bycatch of non-tuna species associated with FAD fishing can be significant, it is not the focus of this review. 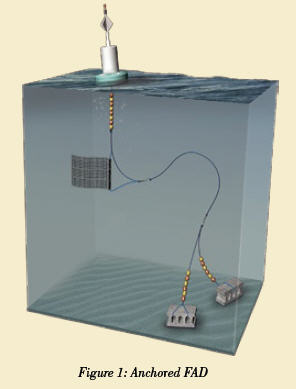 The main findings for the negative impacts of FADs on tuna populations are:

Management methods to document or reduce the negative impacts of FADs

Options that could be or have been used to limit the negative impact of FADs on juvenile tuna include:

It should be noted that although some of these measures have been effective at times, all come with trade-offs such as difficulty in monitoring, loss of target catches, and fishing effort displacement.

Read the full report in both English (PDF) and Español  (PDF).