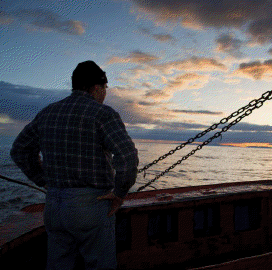 Under EU law Member States are allocated a proportion of EU fishing opportunity in the form of total allowable catch (TAC). It is then up to Member States to distribute that TAC to individual fishers. The UK has 12 percent of the EU’s landings and one of the largest exclusive economic zones (EEZs) in the EU. For much of the commercial sector, the UK has individually tradable permissions where quota can be traded between fishers, although there are a number of restrictions which apply to such trades. If the EU requires a more prescriptive individual transferable rights (ITR) system under a reformed Common Fisheries Policy (CFP), changes may be needed to the UK system to incorporate it. There are two administrative functions carried out by UK fisheries authorities in respect of quota management: an ownership and a regulatory function. The ownership function derives from the public right to fish and the UK’s sovereign rights in its EEZ. To 12 nautical miles at least, the right is held by the Crown in trust for the public. The right to fish cannot be severed or privatised without explicit statutory authority, because of precedent that refers to the Magna Carta, one of the UK’s most important constitutional documents. Ownership of the UK’s fishing rights has not been properly explored by academic commentators or UK fisheries administration. Before a rights-based management (RBM) system can be adopted in the UK, it is essential that the public nature of the fishery is fully acknowledged and that any proprietary instruments created dovetail with public and sovereign rights. It is likely that this will require primary legislation and a full and proper assessment of what would amount to a privatisation of a public right, should proprietary rights be granted to commercial enterprises.

The policy of tradable permissions has no formal statutory basis beyond the Minister’s discretion. Quota is allocated via restrictions attached to vessel licences. A secondary or derivative market has grown up in the trade of these licence restrictions, but these do not amount to a property right in the way UK property lawyers would understand the term. It is unfortunate, in the UK context, that academic commentators have alighted upon the term ‘individual transferable rights’ to describe tradable quota, as it brings with it needless political and legal complexity.

Under human rights legislation the state must compensate individuals if their possessions are taken by the state in the public interest. UK fisheries authorities have tried to avoid creating permanent possessions or rights when they allocate quota. The vessel licence to which quota is attached is limited to a duration of a maximum of two years. It is unlikely that alterations to the mechanics of quota allocation would result in a successful claim for a breach of a fisher’s human rights which would require compensation. Unless there has been some additional property grant, which has not been discovered during the investigations for this report, vessel licences and quota are more akin to goodwill than a possessory right. Claims for property rights under adverse possession, prescription or custom are also unlikely to succeed; the common fisheries terms of ‘grandfather rights’ and ‘track record’ are alien to property law.

The strongest case for the maintenance of the current allocation of quota is via claims that existing quota holders may seek to judicially review any proposals on the grounds of legitimate expectation. This is a ground for judicial review that arises where a claimant has a legally enforceable expectation for the continuation of current administrative practice. There is an argument that recipients of quota have planned their businesses on the strength of future quota allocation, and have come to rely on their allocation. There are serious doubts whether this argument would succeed, as quota is one unchanging aspect in a broader environment of constant policy change. It is likely that the permanent loss of a valuable public asset (the fishery) and the undisputed need to reform the CFP would amount to an overriding interest and defeat claims of legitimate expectation.

There are a number of ways in which obstacles to the introduction of a reformed quota management system could be overcome. Practical measures, such as extensive consultation and a long lead-in period to any change, would permit the industry to make the necessary structural changes. There are also important legal drivers for change. Aspects of the current quota system are open to judicial challenge on the grounds of the illegality of the current arrangements. These grounds range from claims that UK fisheries authorities have illegally delegated powers to Fish Producer Organisations, to claims that public fishing rights are being privatised without the necessary powers to do so and claims of anti-competitive and discriminatory behaviour against new entrants to the market.

There is tremendous opportunity to control fishing practices through resource management contracts and RBM. In doing so, UK fisheries authorities need to work out whether they are dealing with an arm’s length open market commercial transaction or allocating a public resource at below market value for public benefit. There is very clear guidance on the disposal of UK public assets from the Efficiency and Reform Group within the UK Cabinet Office, which sets out government standards for the disposal of public property on the open market, and from the Quirk Review, which is a detailed examination of the disposal of public assets for broader community benefit. It is hoped that these best practices are incorporated into the UK’s fishery administration through changes to its quota management system. As it stands, there is a danger that already profitable commercial enterprises are in receipt of public property at no cost with no discernible benefit to the broader community.