The landmark Roadless Area Conservation Rule protects 58.5 million acres of America's national forests including 4.4 million in Colorado from new road-building associated with commercial logging and oil, gas and other industrial development. Issued by the Clinton administration in January 2001, it is a balanced environmental measure that does not close any existing roads or recreational trails, restrict access for private property owners, or interfere with existing leases or permits for mineral development or oil and gas operations. It also allows for new roads to be built to respond to fires and other natural disasters. 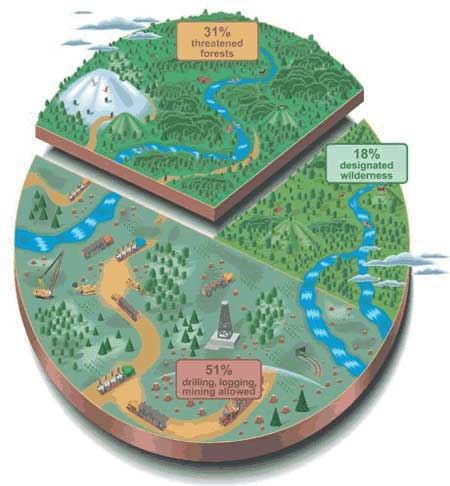 America's roadless policy has enjoyed widespread popularity since it was adopted, though timber and other extractive industries have made repeated attempts to undo it through a series of lawsuits and appeals intended to open up undeveloped areas. They succeeded in May 2005, when the Bush administration repealed the 2001 rule and replaced it with a complicated state-by-state process that required governors to petition the federal government if they wanted undeveloped national forests in their states to receive protection. But in September 2006, a federal court reinstated the original policy and it again became the law of the land. Despite the setback, the administration encouraged governors to file petitions under the Administrative Procedures Act. Of the 38 states in the nation that have national forest roadless areas, only Idaho and Colorado have participated in this process.

Despite the setback, the administration encouraged governors to ﬁle petitions under the Administrative Procedures Act. Of the 38 states in the nation that have national forest roadless areas, only Idaho and Colorado have participated in this process. Given continued legal wrangling, Colorado Governor Bill Ritter, a public supporter of the roadless rule, agreed in early 2006 to participate in state-based rulemaking as an “insurance policy” to protect Colorado’s 4.4 million acres of national forest backcountry.

However, more than two and one-half years later, the situation in the courts, in Washington and elsewhere in the West has changed dramatically, and this rulemaking has made Colorado vulnerable to new drilling for oil and gas in some of the state’s best backcountry. Consider the following: 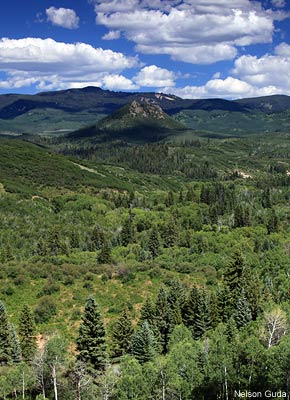 Ironically, the petition process endorsed by Governor Ritter to protect Colorado’s roadless areas from litigation and other challenges will result instead in singling out Colorado’s  4.4 million acres of backcountry forests as a target for future road-building and development, as they will be less protected than those in other states.

Governor Ritter can best serve Colorado and the nation by calling on the Bush administration to suspend its current rulemaking until there is a thorough assessment of the full impact of these new oil and gas leases on water quality, valuable ﬁ sh and wildlife, outdoor recreation and the state’s economic future. This prudent and precautionary step is essential to maintaining the Governor’s balanced approach to energy development in the state. It also will ensure the preservation of Colorado’s last pristine forests as a legacy for future generations.