Voters generally register in one of two ways. One is at a state agency like a motor vehicles office or a public assistance agency where, per the National Voter Registration Act of 1993 (NVRA), people are offered the opportunity to register to vote. The data demonstrate while these registration numbers fluctuate a little, they do not significantly increase or decrease at any particular time, including before a presidential election.

These data show the unique business cycle of an elections office, where every four years there is an explosion of voter registration activity. Officials plan for staffing and resources that are sufficient for 47 months out of the 48 month cycle and then face tremendous challenges during that one month before a presidential election registration deadline. Finding the time and labor to process these forms while also conducting the many other activities necessary to prepare for an election is a daunting task—and one that election officials will no doubt face again this fall. 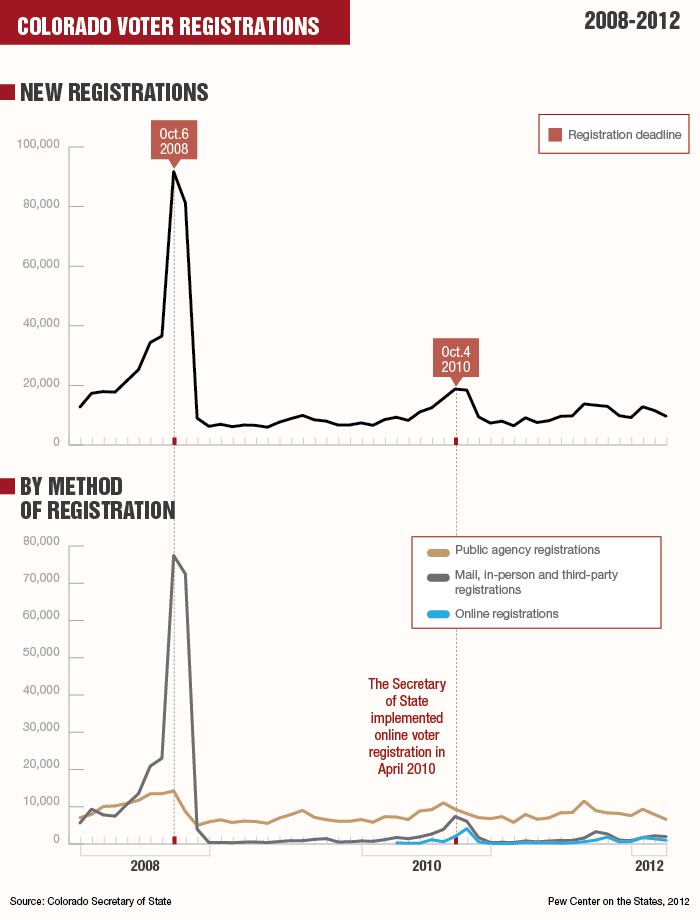 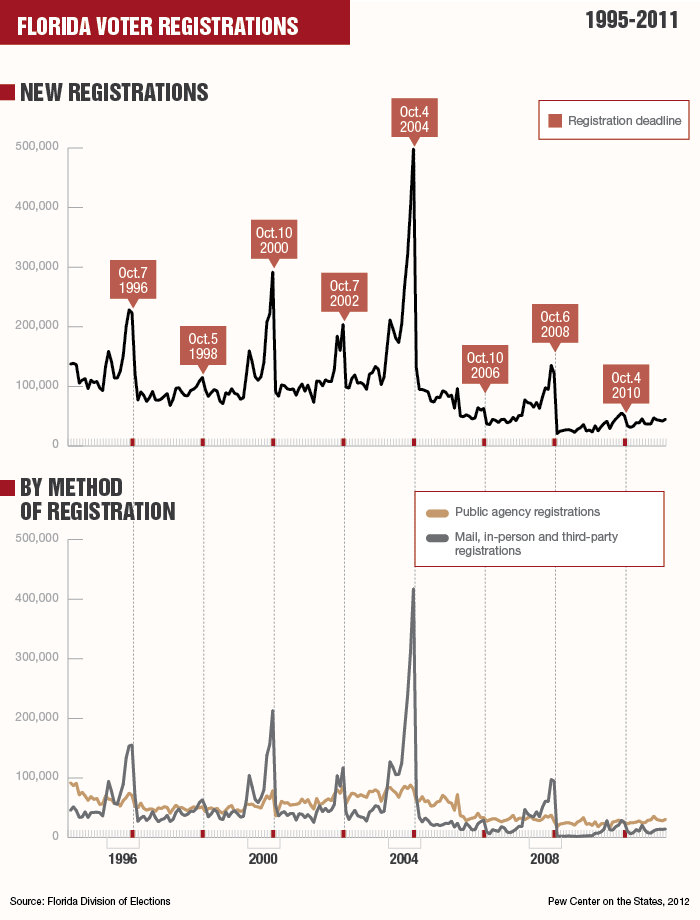 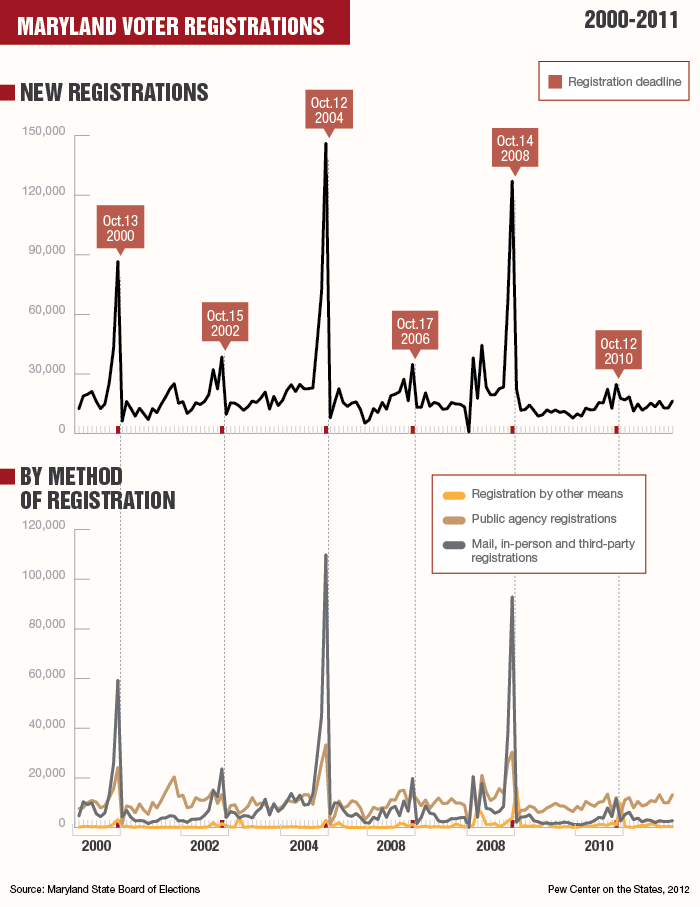 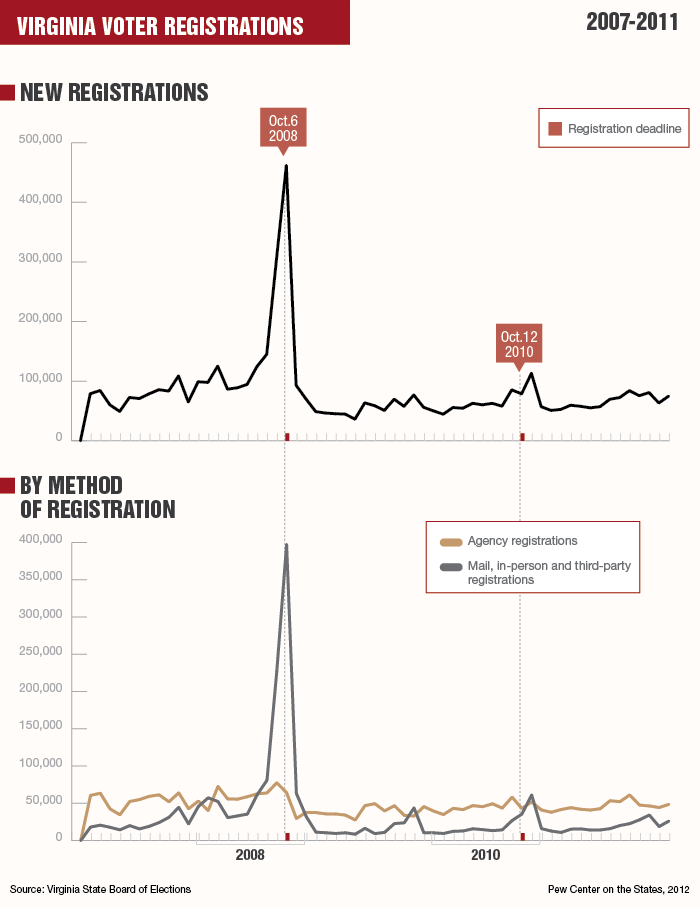 The monthly registration data for Florida, Virginia, and Maryland is available at each state's election website. Colorado's new registration data was provided directly to The Pew Center on the States by the Colorado election office.

For more information about how state subcategories were grouped into the four larger categories, please see the table below: