The eligibility rules for certain means-tested programs like Food Stamps and Medicaid often discourage saving for retirement by people who are potentially otherwise eligible for and may need these programs. By excluding 401(k) and IRA savings from these asset tests, we would increase the likelihood that lower-income earners will save for retirement. Those who do the right thing by saving should not be excluded from programs that help so many Americans make it through hard times.

The past 25 years have seen a dramatic shift in our nation's pension system away from defined benefit plans and toward defined contribution accounts such as 401(k)s and IRAs. Our public policies, however, have largely not been updated to reflect this shift. The Retirement Security Project is dedicated to promoting common sense solutions to improve the retirement income prospects of millions of American workers. This Retirement Security Project Policy Brief, written by a team of authors from the Center on Budget and Policy Priorities, addresses a critical impediment to retirement savings among low- and moderate-income workers: the outdated asset tests in means-tested benefit programs.

The asset tests represent one of the most glaring examples of how our laws and regulations have failed to keep pace with the evolution from a pension system based on defined benefit plans to one in which defined contribution accounts play a much larger role. At the time the assettest rules were developed, defined benefit plans were the norm and were generally disregarded in applying these tests. In contrast, defined contribution accounts like 401(k)s and IRAs generally were not exempted in part because they were viewed as being supplemental retirement plans that could be drawn upon if necessary prior to retirement. People who encountered hard times during their working years were expected to liquidate their 401(k) or IRA accounts and use the proceeds before qualifying for means-tested assistance.

Since then, the pension system has shifted away from defined benefit plans, and defined contribution accounts have moved from supplemental plans to the dominant form of saving for retirement on top of Social Security. Yet the asset rules have largely not been updated, so many programs still exempt defined benefit plans while counting 401(k)-type accounts and IRAs. As a result, many low- and moderate-income workers or families who are contributing to retirement savings accounts are disqualified from stop-gap assistance programs such as the Food Stamp Program, cash welfare, Medicaid, or Supplemental Security Income. To quality for these programs during periods of hardship, they must first withdraw and spend the proceeds in their retirement accounts even if that depletes their primary form of retirement saving outside Social Security.

The asset tests thus act as a steep implicit tax on retirement savings, since those who make the sacrifice to save for retirement through a defined contribution plan or IRA are penalized. Not only is the result highly inequitable, but this policy likely also discourages saving for retirement among a portion of the population that also is provided little incentive to save under our tax laws. Furthermore, the treatment of retirement accounts under the asset tests for these programs is often arbitrary and confusing. For example, this Policy Brief shows that low-income workers who roll a 401(k) over into an IRA when they switch jobs, as many financial planners suggest they should, can disqualify themselves from the Food Stamp Program.

A growing body of evidence suggests that making it easy for low- and moderate-income families to save, and presenting them with a clear and effective financial incentive to do so, succeeds in generating significantly higher contributions to retirement accounts. For example, participation rates among new employees — even low-earning ones — rise substantially when 401(k) plans are reformed so that they are essentially optout instead of opt-in. In other words, modifying the retirement plan so that a new worker's default option is participation in the plan significantly increases the likelihood that this new worker will contribute to the 401(k) plan. New research from the Retirement Security Project, based on a pathbreaking randomized experiment, underscores that the combination of a clear and understandable match for saving, easily accessible savings vehicles, the opportunity to use part of an income tax refund to save, and professional assistance could generate a significant
increase in retirement saving participation and contributions, even among low- and moderate-income households.

Yet if the above policy changes were made  to encourage saving among low- and moderate-earners, the outdated asset tests in means-tested benefit programs would penalize the households that responded by saving. This Policy Brief addresses this problem by documenting how the current rules work, explaining why they are harmful, and pointing the way to common sense reforms that will bring our retirement savings laws up-to-date. These issues are complicated but crucially important. We are grateful to the Center on Budget and Policy Priorities for its outstanding work in wading through the current complexities of the asset tests and coming up with sensible options for reform. 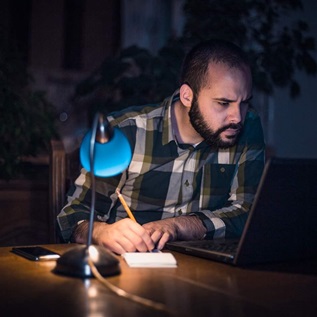 August 25, 2020 What Are the Essential Elements of Legal Assistance Portals?