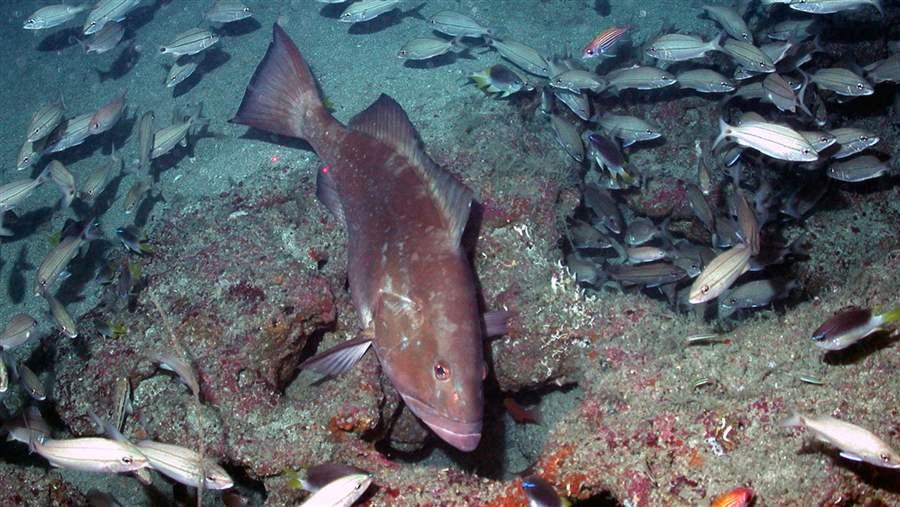 H.R. 200 would weaken the Magnuson-Stevens Act and threaten fish populations, such as Gulf of Mexico red grouper, which has been restored to healthy levels because of science-based management.

H.R. 200, introduced in the U.S. House of Representatives on Jan. 3, 2017, would significantly undermine the nation’s primary ocean fisheries law, the Magnuson-Stevens Fishery Conservation and Management Act. The legislation is almost identical to two bills that failed to pass Congress in recent years. Like its predecessors, H.R. 200 would allow management decisions that increase the risk of overfishing, which occurs when fish are caught faster than they can reproduce, and that hinder the rebuilding of depleted populations.

As currently structured, the Magnuson-Stevens Act, which was reauthorized with bipartisan majorities in 1996 and 2006, has been effective in reducing overfishing and restoring many once-vulnerable fish populations— resulting in more fishing jobs and other economic benefits. However, many U.S. marine fisheries continue to struggle with new and persistent threats, such as habitat loss, changing ocean conditions, and the legacy of chronic overfishing.

More work remains to be done, but instead of addressing the problems, H.R. 200 would undermine the core conservation provisions of the Magnuson-Stevens Act—requirements to prevent overfishing and rebuild depleted fish stocks—while compromising the health and stability of U.S. fish populations and threatening the livelihoods of millions of Americans.

U.S. Fisheries at a Glance

The Magnuson-Stevens Act requires that fishery managers set reasonable timelines to rebuild vulnerable fish populations. H.R. 200 would replace this mandate with a list of broad exemptions, including cases in which a fish population is affected by “unusual events,” a phrase that is undefined and would be open to wide-ranging interpretation. The legislation would also replace the requirement that fish stocks be rebuilt in the shortest time “possible,” as determined using scientific methods, with one to rebuild as soon as “practicable,” a term that lacks a scientific basis or definition. This change would lead to subjective judgments that could allow short-term economic and political concerns to override the long-term benefits of rebuilt populations and fisheries.

H.R. 200 would allow managers to exempt many species—including some forage fish that are important prey for larger fish, marine mammals, and birds—from science-based catch limits, which establish the maximum number of fish that can be caught each year in a fishery while still preventing overfishing.

Under the legislation, fishery managers could expand the use of emergency regulations to prolong otherwise unsustainable fishing practices, such as overfishing of vulnerable populations. Even fish stocks that are under a rebuilding plan could be subjected to these extensions, which would continue to deplete these fish and delay their full recovery.

H.R. 200 also would give the Magnuson-Stevens Act precedence over the National Marine Sanctuaries Act, the Antiquities Act of 1906, and the Endangered Species Act when ocean fish are affected by these laws. Currently, these laws work together to maximize the likelihood of recovery for important species, such as Pacific salmon. But under the legislation, fishery managers, who may lack the wide-ranging expertise or capacity to carry out the provisions of these statutes, would be responsible for appropriately balancing and fulfilling the requirements of these laws.

Management of red snapper and other Gulf of Mexico fish

The bill would complicate management of red snapper and enforcement of fishery rules in the Gulf of Mexico by creating additional layers of bureaucracy. H.R. 200 would permanently authorize the extension of state jurisdiction for recreational—but not commercial—red snapper fishing in waters 3 to 9 nautical miles off Louisiana, Mississippi, and Alabama and would be likely to shorten federal recreational seasons for red snapper. Commercial fishermen, who have taken considerable steps to prevent overfishing of red snapper, would be penalized by less rigorous state management of recreational fishing that would no longer be bound by the safeguards of the Magnuson-Stevens Act. In addition, the bill would grant authority to conduct stock assessments of reef fish in the Gulf to the Gulf States Marine Fisheries Commission, an interstate agency that lacks the resources and personnel to execute this critical role. 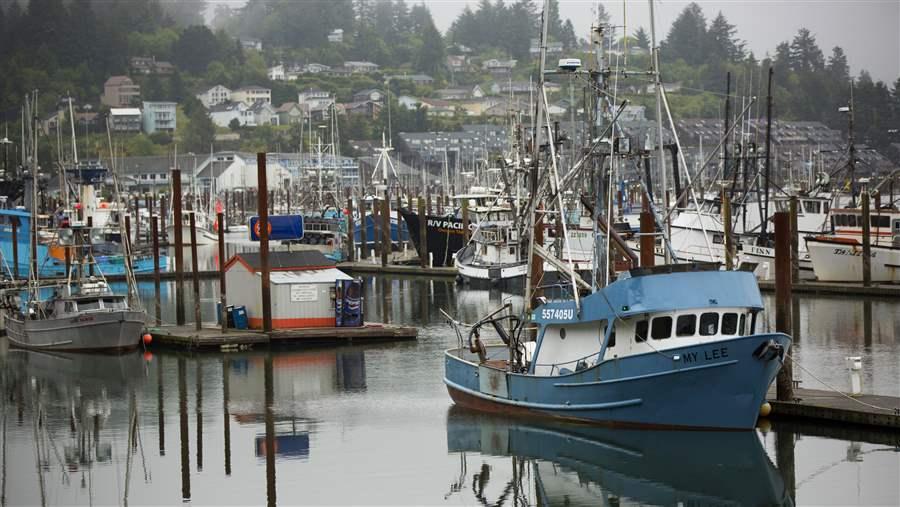 In contrast to the regressive provisions of H.R. 200, a comprehensive approach to fishery management would ensure that U.S. fisheries continue to be vital economic engines for coastal communities.

Rather than fundamentally weakening our nation’s fisheries management system, Congress should consider the bigger picture. Given the threats facing the oceans and the advances in technology and scientific tools available to better manage fish populations, federal lawmakers should empower the regional fishery management councils to adopt a more comprehensive approach to protecting ocean fish. Instead of moving forward with H.R. 200, Congress should amend the Magnuson-Stevens Act to require that regional and national managers:

H.R. 200 would jeopardize the progress the United States has made in rebuilding and stabilizing many fish populations, fisheries, and coastal communities and would miss an opportunity to set forth an approach that better equips fishery managers to address emerging problems.

Members of Congress should oppose H.R. 200 and instead support efforts to build a stronger future for fish, fishermen, businesses, and communities that depend on healthy, abundant oceans.

H.R. 200 is the latest attempt by some members of Congress to weaken the Magnuson-Stevens Fishery Conservation and Management Act&mdash;the law governing marine fishery management in federal waters. Two similar bills considered by the House in 2014 and 2015 failed to garner support in the U.S. Senate.&nbsp;