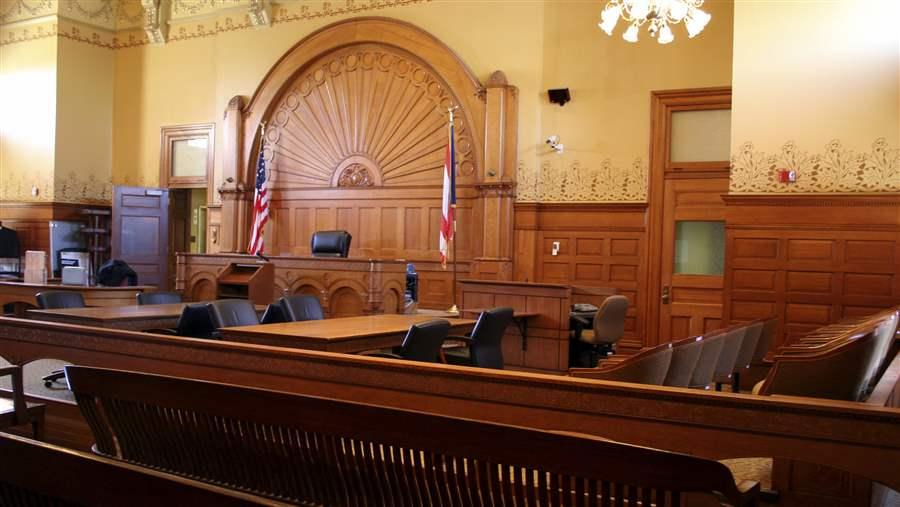 On July 11, 2016, Alaska Governor Bill Walker (I) signed into law research-driven legislation that aims to deliver a greater public safety return on the state’s spending. The Alaska Criminal Justice Commission, an interbranch task force of state and local officials and practitioners, developed the policy foundations for S.B. 91 with technical assistance from The Pew Charitable Trusts as part of the Justice Reinvestment Initiative, a partnership between Pew and the U.S. Department of Justice’s Bureau of Justice Assistance. The pretrial, sentencing, and corrections reforms are expected to reduce the number of inmates by 13 percent. The state estimates that the law will yield savings of $380 million, and it plans to invest nearly $100 million of that in victims’ services and evidence-based prison alternatives. 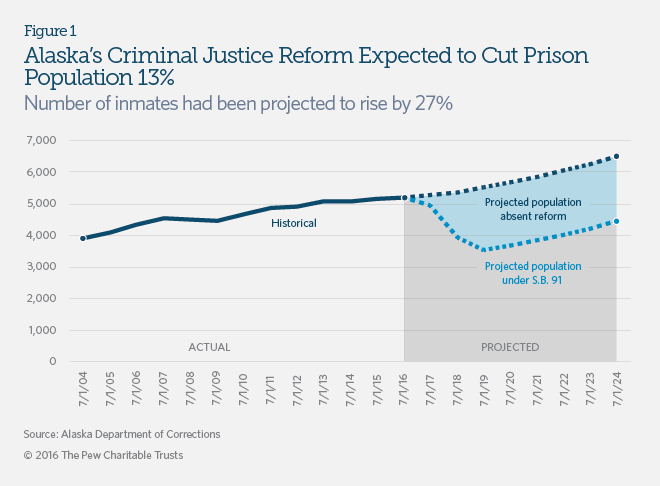 Between 2005 and 2014, the population of Alaska’s unified jail and prison system increased 27 percent, almost three times faster than the state’s resident population. This rapid growth spurred the 2012 opening of a new correctional center at a cost to the state of $240 million. That capital expenditure came on top of the corrections system’s $300 million annual operating budget, which itself had risen 60 percent over the previous two decades. Without policy changes, the state projected that its inmate population would grow by another 27 percent, or 1,416 inmates, by 2024, costing at least another $169 million at a time when the state was facing a multibillion-dollar revenue shortfall.

The commission conducted an extensive data review and found that the state’s pretrial population—those who have been arrested and are detained while awaiting court hearings—had increased by 81 percent between 2005 and 2014, driven by longer detention. The post-conviction population had also increased, in part because of longer time served for felony offenses. Three-quarters of newly sentenced prisoners were convicted of nonviolent offenses. On any given day in 2015, roughly 1 in 5 inmates was incarcerated for a technical violation of probation or parole conditions.

With instructions from state leaders to identify policy options that would cut the prison population by as much as 25 percent, the commission developed 21 recommendations covering all aspects of the system: Create a new evidence-based pretrial release system; prioritize prison space for individuals convicted of serious, violent offenses; and strengthen probation and parole to reduce recidivism. Specific reforms included eliminating secured money bond—that is, cash bail paid upfront, before release—for certain pretrial defendants, reducing felony sentence ranges, reclassifying drug possession offenses as misdemeanors, and adopting three-, five-, and 10-day limits on revocations to prison for technical violations of probation and parole.

After more than 50 legislative hearings, S.B. 91 passed with large bipartisan majorities in both chambers and was signed into law by the governor. Alaska officials expect the criminal justice reform measure to avoid all anticipated jail and prison population growth, reduce the number of people incarcerated in the state by 13 percent by 2024, and save $380 million ($169 million in avoided costs and $211 million of net savings). (See Figure 1.) Accompanying fiscal notes reinvest $98.8 million over six years in substance use disorder and mental health treatment in prison and the community, re-entry supports for those leaving prison, pretrial risk assessments and supervision, violence prevention programming, and crime victim services.