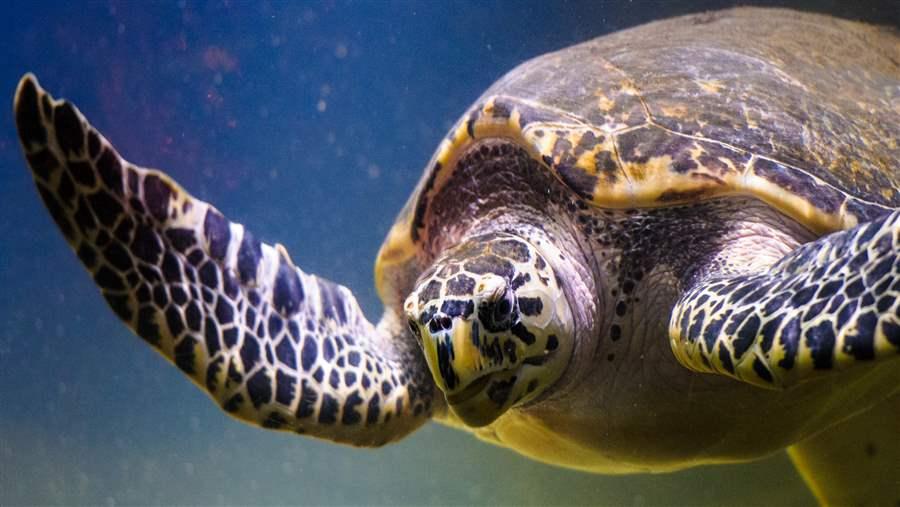 NOTE: This issue brief was updated March 22, 2016, to mention a study that appeared recently in the journal Conservation Letters.

Although we still know little about the intricate ocean ecosystems far offshore, we do know this: Once thought to be barren marine deserts, the high seas and deep ocean beneath them are teeming with life. Underwater seamounts are home to creatures found nowhere else on Earth, hydrothermal vents cradle some of the oldest organisms on the planet, and critical migration routes help sustain species, which in turn support ecosystems and livelihoods around the world. All of this lies beyond the jurisdiction of any country and beyond the ability of any government to protect this area alone. Marine protected areas (MPAs)—and, in particular, reserves—are among the best tools that can be used to safeguard these treasures.

What are MPAs and why are they important?

The International Union for Conservation of Nature defines any protected area as “a clearly defined geographical space, recognized, dedicated and managed, through legal or other effective means, to achieve the long-term conservation of nature with associated ecosystem services and cultural values.”1 Put simply, an MPA is an area designated to be under special management to help conserve the biological diversity and productivity (including ecological life support systems) of the oceans.”2 In an MPA, some human activity may be allowed; in a reserve, such activity is strictly limited, which helps to maximize conservation benefits.3

Well-designed and well-managed MPAs, especially fully protected reserves, have been shown to safeguard biodiversity,4 provide ecological benefits to neighboring ecosystems,5 and protect predators to help maintain ecosystem stability.6 Such areas can also serve as important climate reference points for scientists, and although establishing an MPA or reserve won’t stop ocean acidification or warming, it can help build ecosystem resilience by eliminating other stresses. These benefits are amplified when MPAs are large, well-managed, isolated and long-lasting.7 MPAs are thus a critical tool for policymakers seeking to pass a healthy marine environment on to future generations.

Governments around the world have recognized the need for and the value of strong marine conservation, including the benefits that MPAs and reserves provide. In 2015, the 193 member States of the United Nations confirmed their commitment to conserve at least 10 percent of coastal and marine areas by 2020, incorporating a target established under the Convention on Biological Diversity into the U.N.’s 2030 Agenda for Sustainable Development.

While that’s a good start, scientists recommend a more ambitious approach to marine conservation. In 2016, a study in the journal Conservation Letters confirmed that 30 percent of the world’s oceans need protection through MPAs or reserves.8  This is consistent with the recommendation agreed upon by participants at the World Parks Congress in November 2014: to urgently increase the area of ocean managed through a network of well-connected MPAs, with the aim of protecting at least 30 percent of each habitat in the ocean and 30 percent of the world’s oceans overall.9

The protection of such large areas of the ocean cannot be achieved without incorporating parts of the high seas into that well-connected MPA network. In spite of the urgent need to protect more of the ocean, States have no mechanisms to create comprehensive, globally recognized MPAs and reserves on the high seas.

Instead, there is a patchwork of bodies, including regional fisheries management organizations, that set policies for specific areas of the ocean or activities (such as fishing for tuna). But those bodies lack the legal mandate necessary to establish MPAs or set and enforce conservation policies that will protect biodiversity throughout an ecosystem.

A new international agreement on high seas biodiversity can address this gap by providing the following:

Sample Process for Creating an MPA in ABNJ 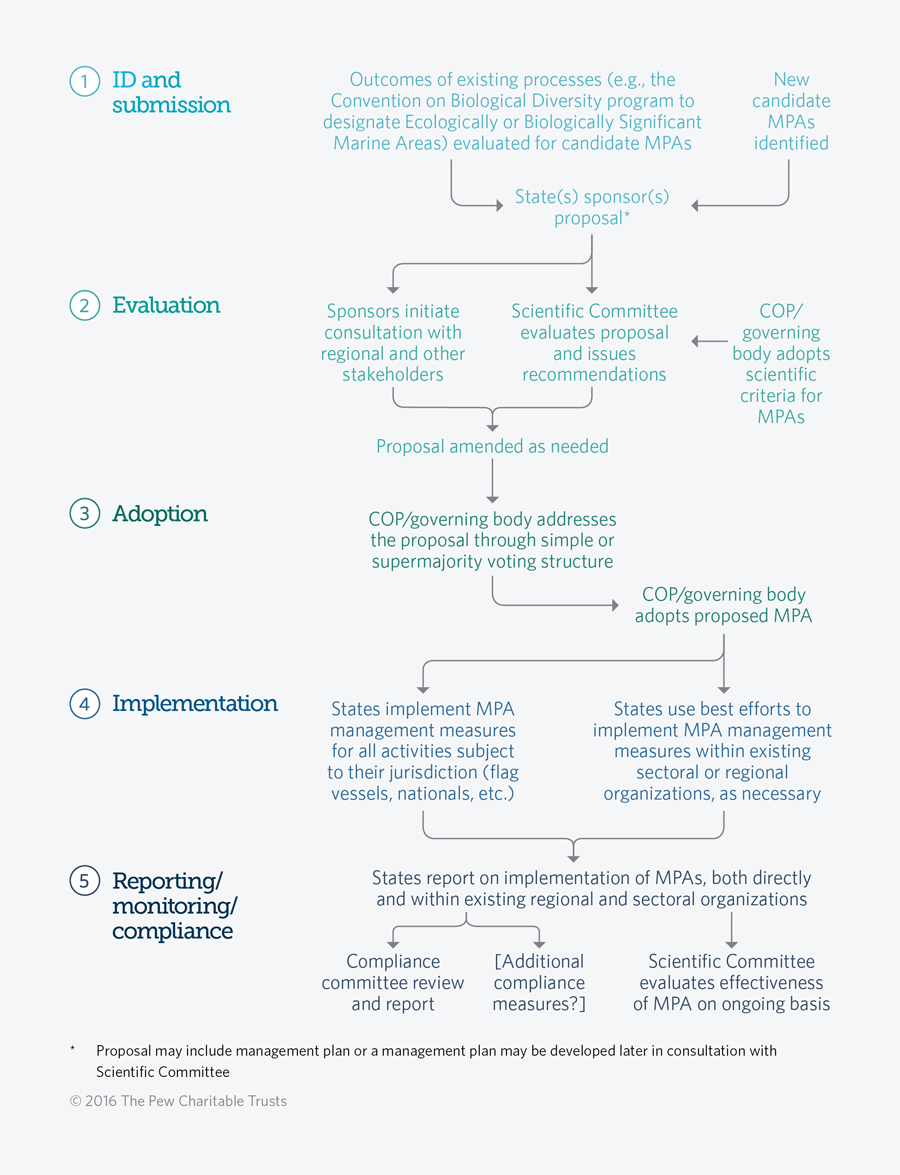 Based on lessons learned from coastal zones, to ensure a successful system of MPAs on the high seas, a framework should at least provide for:

High seas MPAs and reserves could be highly effective tools for protecting marine biodiversity and helping governments meet their commitments to safeguard more of our oceans. In working toward a treaty to protect high seas biodiversity, the U.N. should include the elements described above, which will help make effective, enforceable high seas MPAs and reserves a reality.