This page was updated March 02, 2018, to correct the federal defense spending total and state and national per-capita rates. For the latest research on this topic, please see Wide Variation in Federal Defense Spending From State to State.

The U.S. government spends defense dollars in every state through purchases of military equipment, wages for service members and civilians, pension payments, health care services, and grants to states. But the size of those investments varies substantially across the states, so changes in defense spending will affect them differently, and the impacts will depend on which programs and operations are increased or cut. As Congress and the Trump administration discuss the federal budget, the distribution of defense dollars will be watched closely by the states. 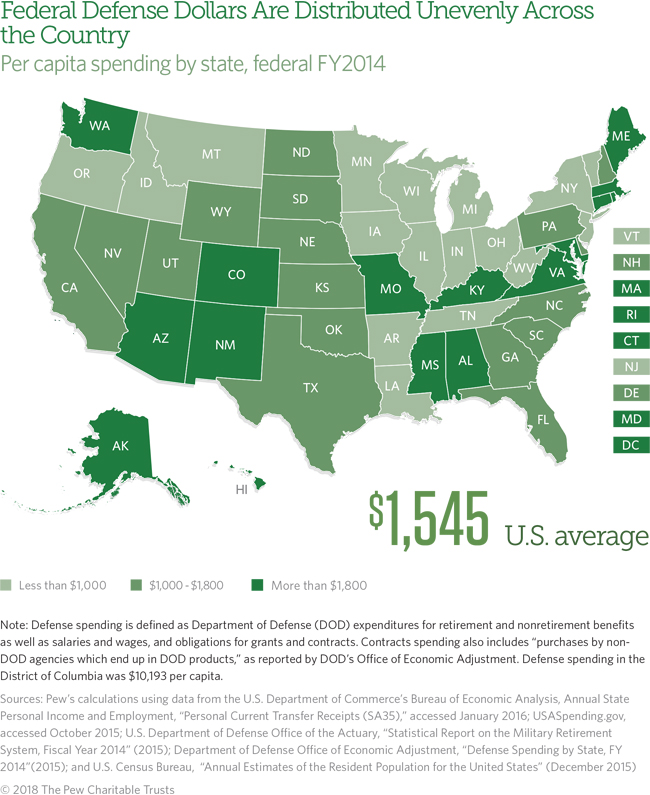 Anne Stauffer is director of and Justin Theal is a senior associate with ­­­The Pew Charitable Trusts’ fiscal federalism initiative.