Payday loans typically carry annual percentage rates of 300 to 500 percent and are due in a lump sum, or balloon payment, on the borrower’s next payday, usually about two weeks later. These loans are advertised as quick fixes for unexpected expenses, but repaying them consumes more than a third of an average borrower’s paycheck, leading to repeated borrowing for an average of about half the year. Approximately 12 million Americans use payday loans annually, spending an average of $520 in fees to repeatedly borrow $375.

In March 2015, the Consumer Financial Protection Bureau (CFPB), the federal agency with authority over payday loans, proposed a framework for regulating these and similar loans. The Pew Charitable Trusts then conducted polling in May to gauge Americans’ views on payday lending, the key elements of the CFPB proposal, and the types of loans that would be likely to result from it. The survey found that:

Negative views of payday lenders outnumber positive ones by a 5-1 ratio. 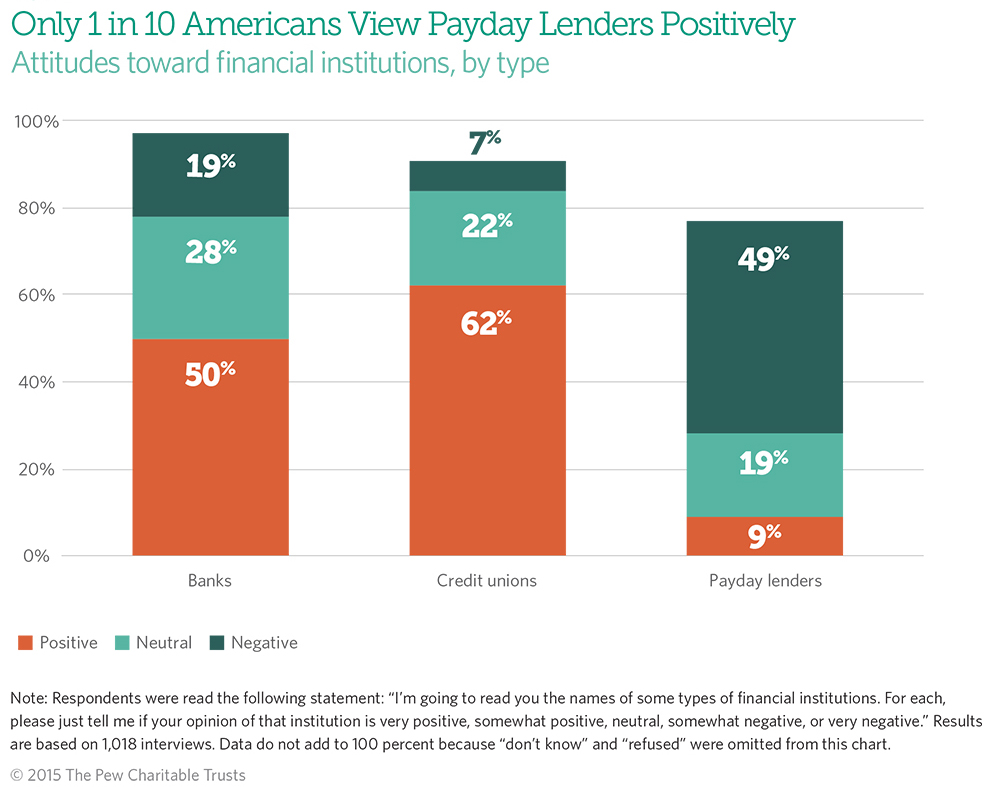 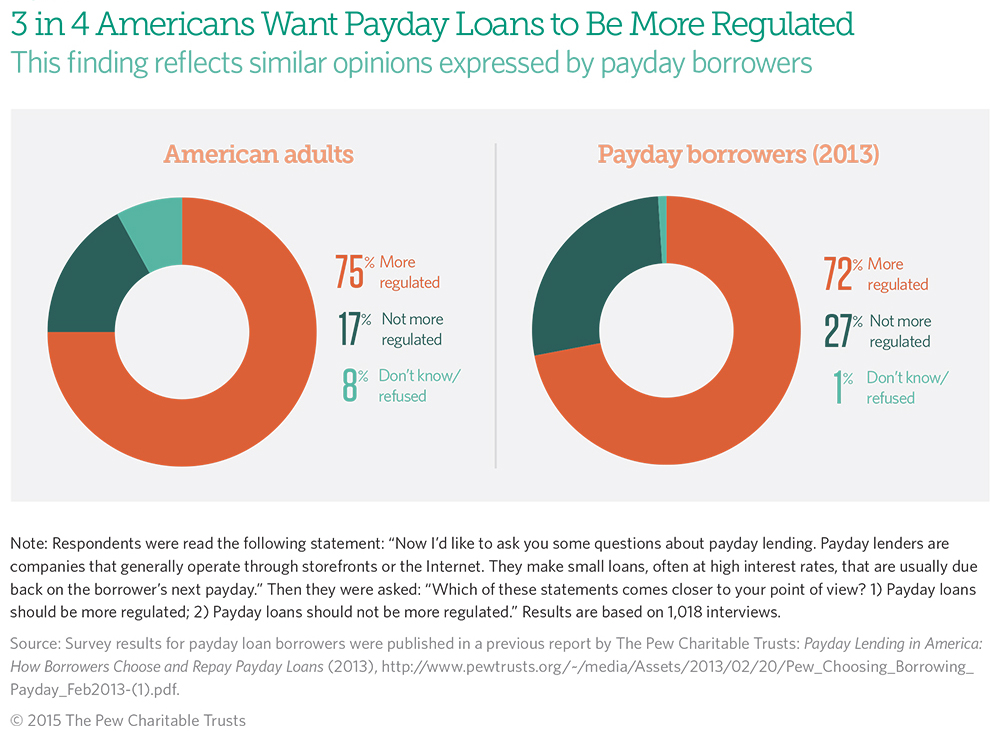 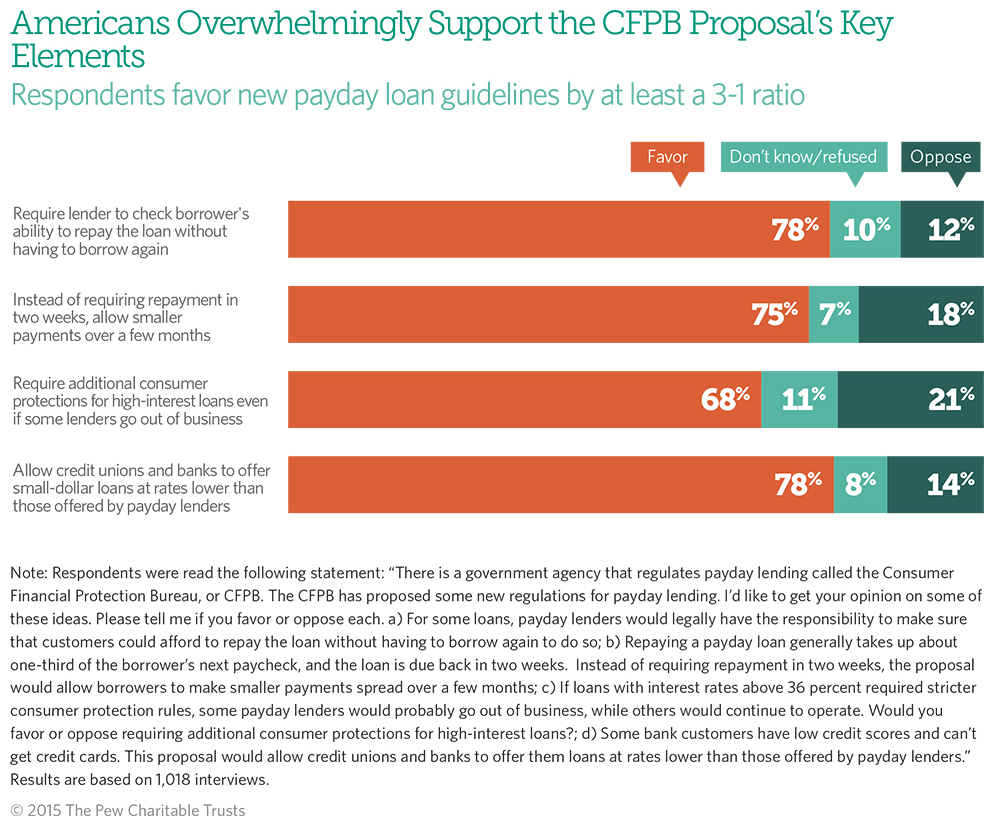 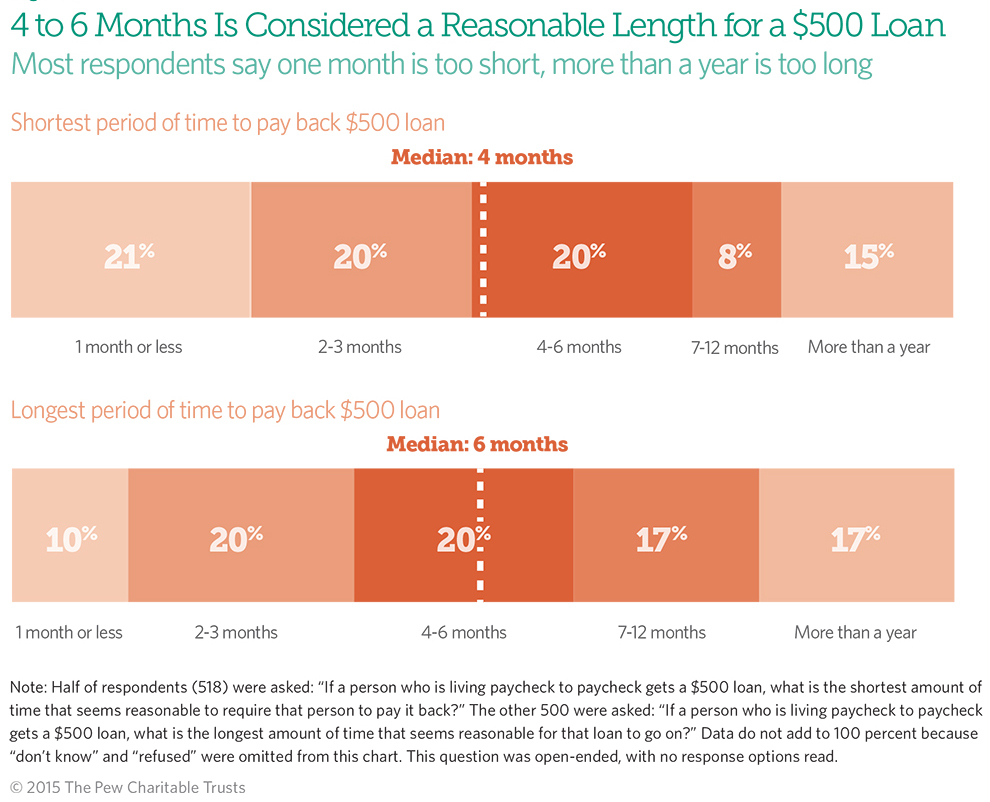 Some lenders make $500 loans that are due in full after two weeks, while others stretch repayment over more than a year. The CFPB proposal would allow lenders to continue offering some two-week loans and would not limit the length of other loans. 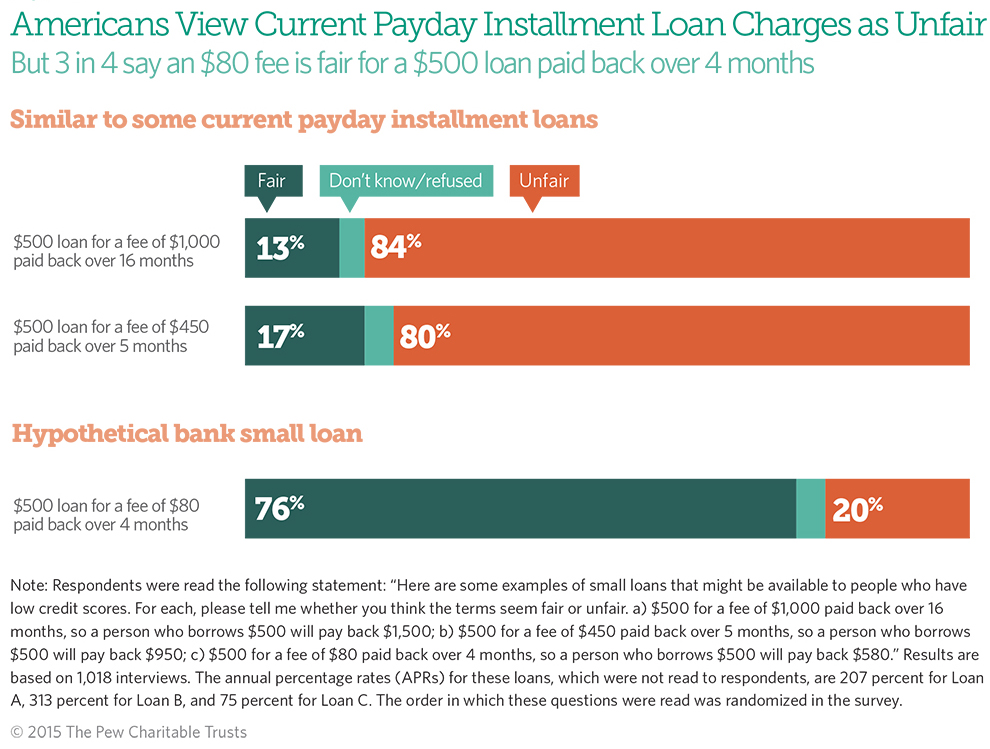 By overwhelming margins, Americans view payday loan prices as unfair. In contrast, they consider the approximate prices that banks would probably charge for such loans to be fair. Figure 5 shows respondents’ opinions about two high-cost payday installment loans that would probably continue to exist under the CFPB’s proposal and a lower-cost, small installment loan that banks might offer. 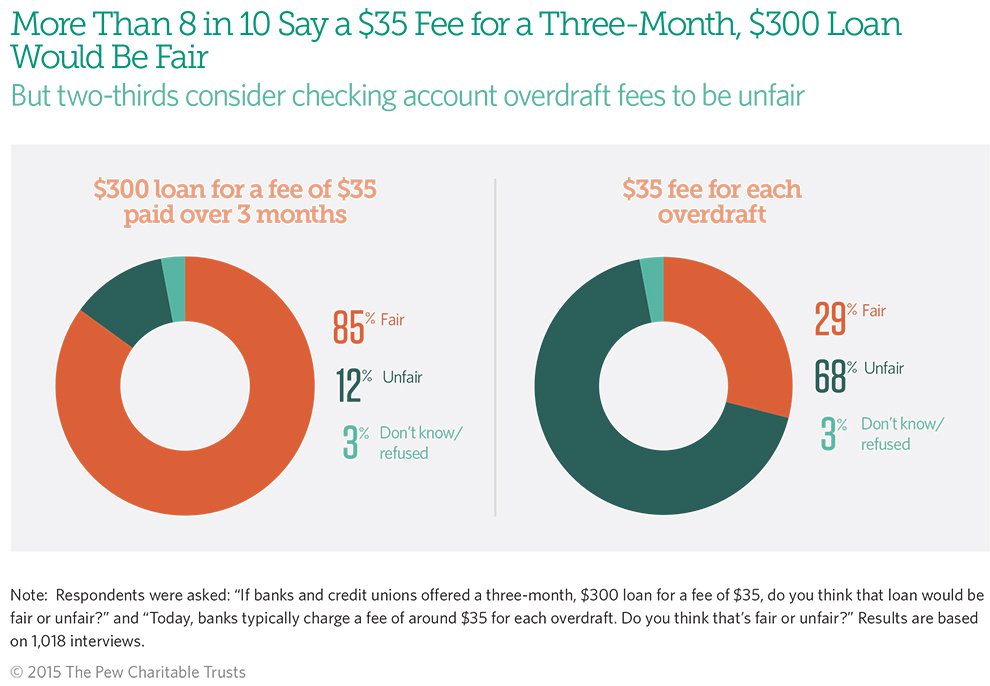 Americans consider checking account overdraft fees to be unfair, but they view a similar fee for a three-month, $300 loan as fair. The CFPB is considering new policies for regulating overdraft practices and small-dollar loans.

On behalf of The Pew Charitable Trusts, Social Science Research Solutions (SSRS) conducted a nationally representative random-digit-dialing (RDD) telephone survey of 1,018 adults. Interviews were conducted May 27-31, 2015. The margin of error including the design effect is plus or minus 3.7 percent. SSRS conducted 512 interviews via cellphone and 36 in Spanish. A more detailed methodology is available at http://ssrs.com/wp-content/uploads/2014/02/SSRS_Omnibus_Methodology_115.pdf.