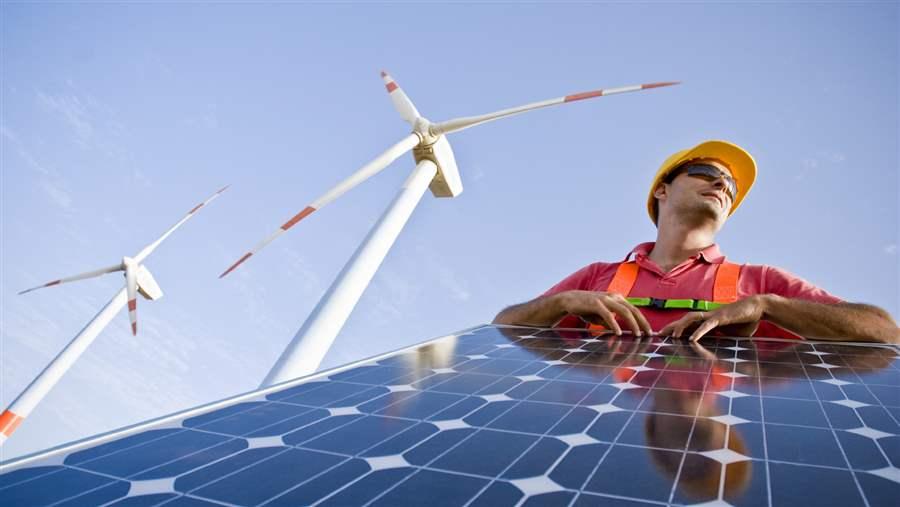 Ohio has built upon its rich manufacturing legacy to become a leader in the production of wind, solar, and industrial energy efficiency technologies. Until recently, state and federal policies also spurred renewable energy projects throughout Ohio—but uncertainty over the future of these measures is dampening investment. This brief explores the drivers of Ohio’s clean energy economy and the choices the state faces about its future competitiveness in the industry.

In 2008, the Ohio General Assembly passed legislation establishing two major clean energy requirements, modified in 2012 and 2014. One is an alternative energy portfolio standard that calls for investor-owned utilities and power retailers to obtain 25 percent of their electricity from advanced sources by 2024—half of which must come from renewable technologies, including 0.5 percent from solar power. The remainder can come from other advanced energy sources, defined as “any new, retrofitted, refueled, or repowered generating facility,” including those using fossil energy. The second is an energy efficiency portfolio standard that requires utilities to reduce electricity use by 22 percent by 2025.1 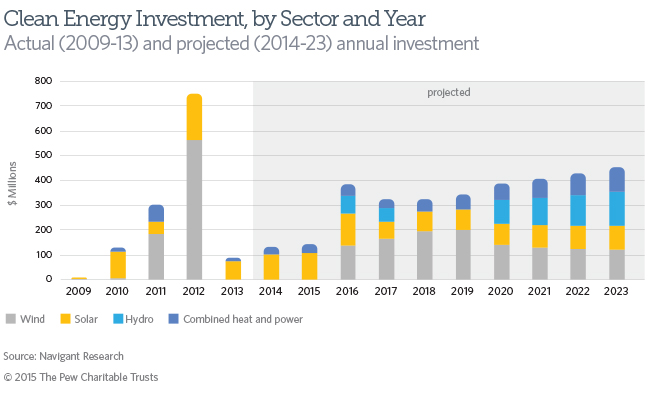 After an intense legislative and public debate about whether these measures are increasing or reducing electricity prices, Ohio became the first state to weaken its clean energy requirements. In June 2014, the Assembly enacted a two-year freeze and modification of the two standards—a compromise from earlier legislation that would have repealed them.2 The modifications, which clean energy businesses in the state say create uncertainty and will dampen investment,3 include:

Beyond the now-frozen provisions, Ohio offers a range of financing assistance for clean energy projects, including property and sales tax exemptions, rebates, and loans. The state also has a generous net metering policy, which allows owners of renewable energy projects at their homes or businesses to receive a credit on their utility bills for the power they generate on-site with no caps on project size.5 Finally, the state has invested in clean manufacturing, helping businesses commercialize new advanced energy products and helping factories install renewable power and energy efficiency projects.6 Ohio researchers and businesses have also received over $100 million in funding from the U.S. Department of Energy for clean energy-related projects over the past decade.7