Maine helped pioneer the development of clean energy by harvesting its natural abundance of bioenergy, wind, hydropower, tidal power, and other renewable energy resources. The Pine Tree State has the highest renewable portfolio standard in the nation, requiring 40 percent of electricity to come from renewable sources by 2017. It boasts the first U.S. offshore floating wind turbine and commercial tidal energy projects. It also ranks first in the nation in biomass electricity generation per capita, and it has positioned itself to lead the expansion of other advanced energy technologies. This brief examines the reasons for Maine’s success and its resulting economic growth. 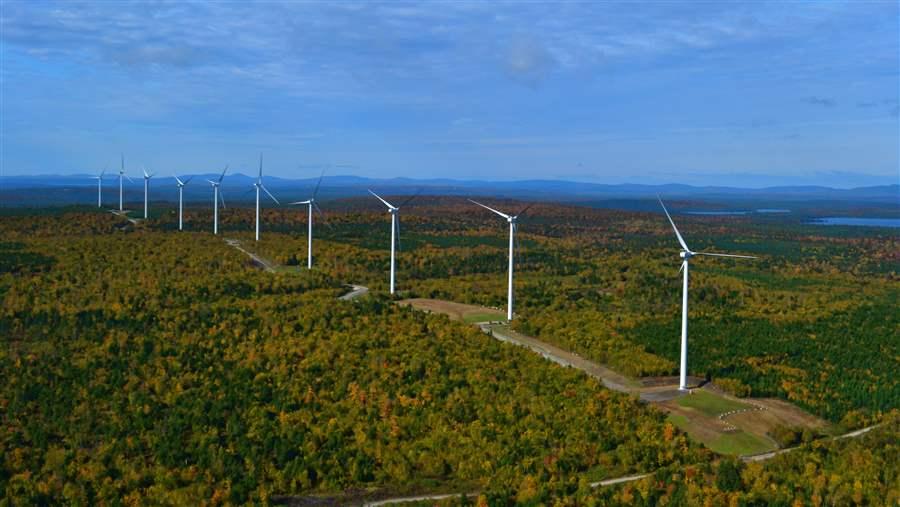 Maine has the highest renewable portfolio standard in the nation, requiring 40 percent of total retail electricity sales to come from renewable sources by 2017, whereas most other states specify about 10 percent. In addition to the standard, the state established in 2008 a wind capacity goal of 8 gigawatts by 2030, with at least 5 GW generated offshore.1 However, the renewable portfolio standard includes 30 percent from biomass and hydropower resources, which were already in operation at the time the standard was first passed in 1997. A sweeping energy bill approved in 2013 set new goals for reducing energy costs, increasing funding for energy efficiency, and improving reliability of electric systems. 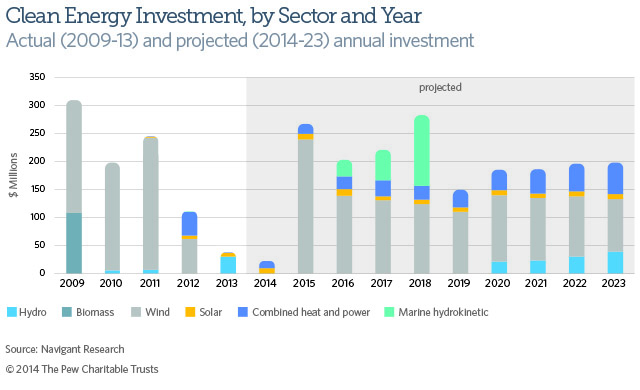