Texas is a giant in the domestic power industry. Among the 50 states, it is the largest generator of electricity, has the only independent electric grid within its borders, offers the greatest resource potential for wind and solar, and contains the largest installed capacity of industrial energy efficiency technologies.1 Prime renewable resources and policies encouraging clean energy deployment have enabled the state to dominate national rankings in several clean energy sectors.2 This brief examines the reasons for Texas' success in wind power and its growing leadership in other renewable energy technologies. 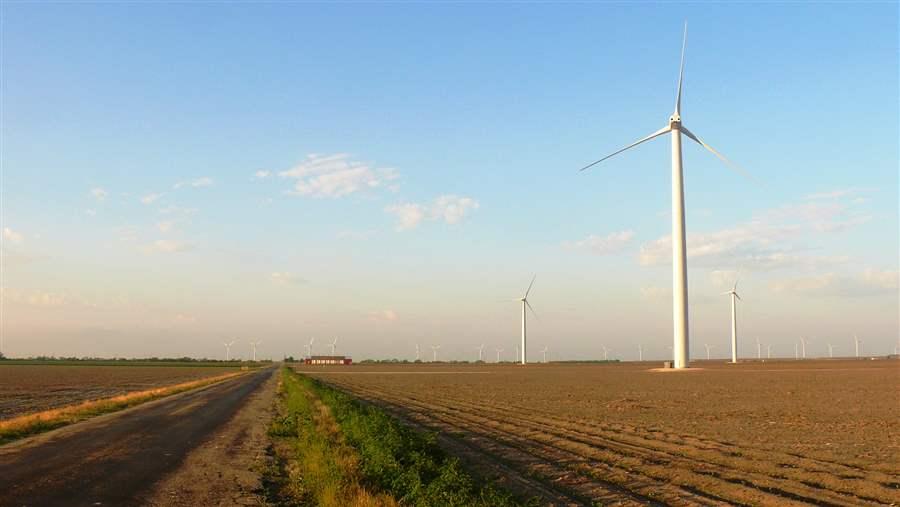 Texas’ electricity sector is unlike any other in the nation. While the rest of the United States is divided into two main power grids transporting electricity to the east and west, most of Texas has its own grid, which is managed by ERCOT, the Electric Reliability Council of Texas.3

It is also one of only a handful of states with a deregulated electricity market, with customers free to select their own retail providers and utilities able to adjust rate and service offerings without prior approval from the Public Utilities Commission. Nearly 60 percent of customers in the state live in competitive areas; those with electric cooperatives or municipal utilities may be subject to local regulation.4 While the benefits and challenges of this model have been greatly debated, opening the power market to competition in 2002 helped promote renewable energy.5 In many areas of the state, electricity generated from wind is becoming the most cost-effective option.6 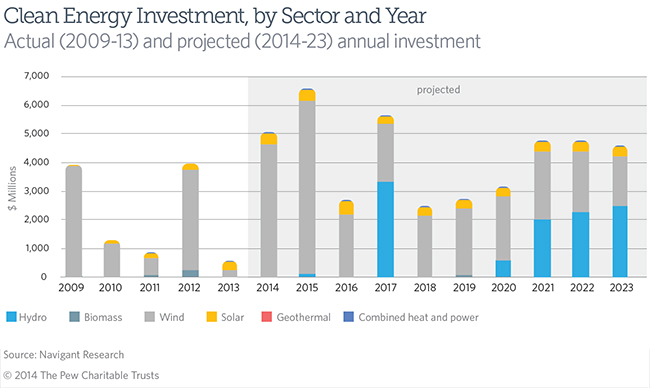 The state’s modest renewable portfolio standard set a goal of installing 5.9 gigawatts of renewable energy by 2015, enough to meet approximately 5 percent of peak demand, and 10 GW by 2025. Texas surpassed the latter target in 2010, 15 years ahead of schedule, but does not appear poised to adopt a more aggressive goal.7 It also was the first state to call for utilities to meet increased energy demand by raising energy efficiency requirements to a specific percentage. This energy efficiency resource standard currently requires utilities to meet 30 percent of annual growth in electricity demand through efficiency.

Clean energy installations are eligible for corporate and property tax deductions or exemptions, as well as low-interest loans.8 These incentives reduce or eliminate upfront capital costs so projects can begin achieving cost savings shortly after installation.9