For the past several years, policymakers across the country have been taking a close look at state and local retirement systems. Since 2009, 48 states have enacted retirement plan changes, with some states enacting multiple reforms,1 in an effort to make pension plans more fiscally sustainable.

The Pew Charitable Trusts hired the national market research firm SSRS to survey public workers on retirement plan design, retirement knowledge, and retirement confidence. The survey used a random, nationally representative sample of 2,110 state and local full-time government workers from every state and the District of Columbia. The respondents were public workers from across the professional spectrum. They were employed in education, public safety, or general government administration and included social workers, nurses, doctors, engineers, lawyers, and those in the skilled trades.

More than two-thirds of state and local public workers expressed confidence that they would have enough money to live comfortably in retirement—a substantially larger proportion than those surveyed recently in a separate study of the U.S. workforce as a whole. 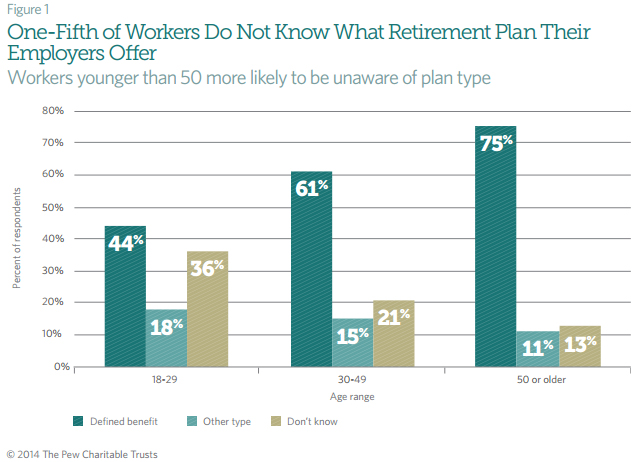 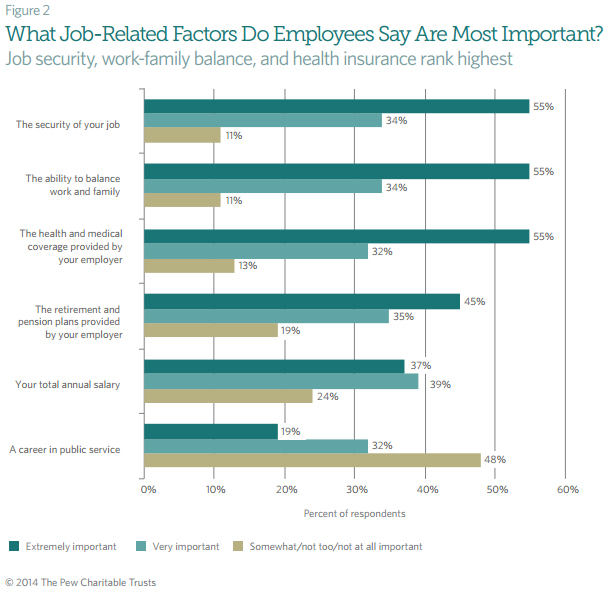 Thirty-five percent of respondents said their employer’s retirement system needed changes, including 12 percent who said it needed major changes. Sixty-one percent said they thought it should be kept as it is. Those with lower confidence in their ability to live comfortably in retirement were more likely to say they would like to see changes. So were women—38 percent—compared with men—30 percent. (See Figure 3.) 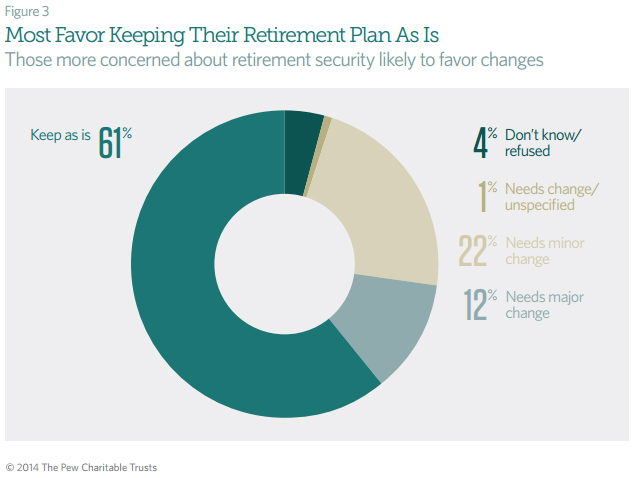 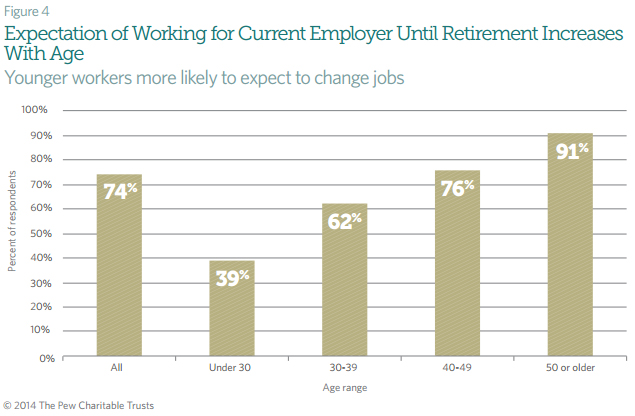 This survey is based on telephone interviews by SSRS between Aug. 15 and Nov. 24, 2013, of a national sample of 2,110 adults employed full time by a state or local government, living in every state and the District of Columbia. Qualified respondents were identified from screening interviews with 55,170 randomly selected adults.

Pew’s work on public-sector retirement systems is conducted in partnership with the Laura and John Arnold Foundation.