On May 9, 2013, The U.S. Senate Committee on Health, Education, Labor and Pensions held a hearing, entitled "Pharmaceutical Compounding: Proposed Legislative Solution." Allan Coukell, a pharmacist and drug safety expert, testified on the need to strengthen oversight of the compounding industry.

In February, Pew, ASHP and AHA convened organizations representing pharmacists, doctors, hospitals and health care systems, the U.S. Centers for Disease Control, State boards of pharmacy and FDA.  Based on stakeholder discussions, Pew, ASHP and AHA make a number of recommendations to improve oversight of pharmacy compounding at the federal and state levels.

This guidance comes after a series of compounding errors that have been associated with 1,022 adverse events, including 75 deaths, since 2001. Since May 2012, 53 people have died and over 700 have become ill after being injected with a contaminated medication made by a New England compounding pharmacy.

Testimony before the Committee on Health, Education, Labor and Pensions

Dear Chairman Harkin, Ranking Member Alexander and members of the Committee,
Thank you for the opportunity to testify on your proposal to improve the safety of pharmaceutical compounding.

Thank you for the opportunity to testify on your proposal to improve the safety of pharmaceutical compounding.

My name is Allan Coukell. I am a pharmacist and director of drug and medical device work at the Pew Charitable Trusts, an independent, nonpartisan research and public policy organization.

Pharmacists have always compounded medicines – it is the origin of the profession – but the activities you seek to address today are far removed from the traditional practice of preparing individualized medicines for one patient at a time.

Today, some compounders produce large volumes of drugs, often manufacturing them before a prescription is received, shipping many thousands of units– high-risk or sterile products – to clinics and hospitals across the country.

The regulatory framework has not kept up with this changing industry. Traditionally, states oversee pharmacy practice and the FDA oversees drug manufacturing. But compounding falls into a grey zone. In a very broad sense, FDA has the authority to regulate some compounding activities, but it is not at all clear how far that authority goes. Nor are there formalized mechanisms to divide the oversight of compounding between the states and FDA.

The epidemic caused by the New England Compounding Center is but the most recent case highlighting the risks to patients.

That outbreak has been associated with 53 deaths so far and nearly 700 serious infections. Included with my testimony is a Pew summary that describes 19 additional pharmacy compounding errors since 2001.1

The list includes 22 additional deaths, as well as serious infections – meningitis, bloodstream and at least 38 patients who suffered partial or complete loss of vision – but also patients harmed by sub-potent or super-potent doses. For example, in 2007 three people died after receiving intravenous colchicine that was eight times the labeled strength.2

Recent inspections of compounders raise further concern: Two months ago, the FDA announced a recall of all of the products manufactured by a New Jersey compounder because of potential mold contamination. The FDA press release referred to "visible particulate contaminants" in what was supposed to be a sterile product.3 Also this year, a Georgia compounder conducted a nationwide recall of sterile products after reports of serious eye infections.4

Congress has long grappled with these risks. The current section 503(A) of the Food, Drug and Cosmetic Act was passed in 1997. After the courts struck down parts of that provision, members of this committee tried again to create meaningful Federal oversight of certain compounding activities. But that legislation was strongly opposed by the compounding industry, and did not pass. Today, FDA's legal authority remains unclear. Even as the Agency steps up its oversight of compounders, its ability to access records has been challenged.5

The proposal before you today offers an opportunity to finally address some, though not all, high-risk compounding activities. It has the following strengths:

The legislation creates a new category of FDA-regulated "compounding manufacturers" – compounders that produce sterile products in anticipation of a prescription and who sell product outside the state in which it is created.

This recognizes that the United States Pharmacopeial standards (chapter 797) used in many states are unsuited to large-scale anticipatory production. Pew recently joined with the American Hospital Association (AHA) and the American society of Health-System Pharmacists (ASHP) to co-host a pharmacy compounding summit that heard from experts who stressed this point strongly. The FDA, and not state pharmacy boards, is the appropriate agency to enforce GMPs.

Using limited resources wisely necessitates addressing the largest potential public health problems first. That means, in part, ensuring quality standards at facilities that produce large numbers of doses. While not perfect, we believe that the proposed framework for interstate sales would capture a meaningful portion of the highest-risk compounding.

However, we urge the committee to not exclude mixing and reconstituting of drugs in accordance with manufacturer label from the definition of compounding manufacturer. If these ostensibly sterile products are mixed in large volume under unsanitary conditions, it could represent a significant public health risk.

It is important to note that while compounding manufacturers will be subject to FDA oversight of and quality standards, their products will not have gone through the pre-market approval process that brand and generic drug companies go through to demonstrate safety, efficacy and bioequivalence, along with pre-approval of manufacturing methods and facilities.

Because of those differences, compounded medicines can never be an adequate substitute for FDA-approved drugs. It is important this new regulatory scheme not encourage compounding at the expense of traditional manufacturing, and we believe the draft contains a number of important safeguards.

The draft is also clear that a compounder may not make a copy or a variation of a marketed drug, except when that drug is in shortage. An exception allows variations compounded from bulk drugs to address specific medical needs, but only when a prescriber communicates in advance of the compounding that the drug would make a serious difference for the patient.

We also support the provisions that prohibit the wholesale of compounded drugs, which further reduces incentives to circumvent the FDA drug approval process.

Areas of risks that are not addressed

It is important to understand which activities FDA would not regulate under this legislation, and the potential risks to patients.

First, large-scale sterile compounding operations that operate within a single state will continue to operate without FDA oversight. This means that identical products produced under identical conditions in identical volumes will be subject to different regulatory schemes, depending on the accident of whether or not they are sold in one state or two. And, as our compounding summit heard, state pharmacy regulators vary widely in their ability to oversee large-scale compounding. Indeed, some states have elected not to register or provide oversight to such facilities. No state enforces quality standards equivalent to Good Manufacturing Practices.

Second, this proposal does not address non-sterile compounding, regardless of scale. Pew supports prioritized oversight of sterile products, but we note that there are a number of non-sterile compounded drugs, such as compounded "bioidentical" hormone replacement pills, that are widely distributed. Compounded oral dosage forms have the potential to cause harm by both impurities and sub- or super-potency.

The business of compounding has changed dramatically over the last 30 years and the regulatory framework has not kept pace. The lines of authority are unclear and there are significant gaps in oversight that leave much high risk, high volume pharmacy compounding almost unregulated. The lack of a meaningful regulatory framework may have guaranteed the kind of tragedy seen last fall, and that we will see again if Congress does not enact meaningful and enforceable rules to govern compounding. This bi-partisan draft legislation is an important step forward.

We thank you for your bipartisan leadership, and urge swift action to protect patients and avoid further senseless deaths.

Thank you for the opportunity to testify, and I welcome your questions. 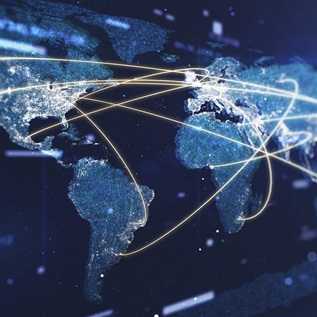 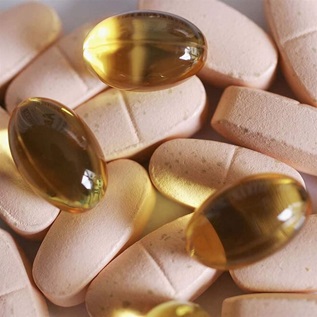