The rising cost of funding pension benefit obligations is one of the most persistent fiscal headwinds facing many U.S. cities. This fact sheet updates The Pew Charitable Trusts’ 2009 report on city pension funding, “A Widening Gap in Cities: Shortfalls in Funding for Pensions and Retiree Health Care,” which presented data for 61 cities. This update looks at 2015 data for half of these cities and three additional ones—33 in all. This update compares data from the height of the financial market collapse with figures six years into the recovery. Our analysis shows an aggregate 64 percent increase in overall pension debt, from $89 billion in 2009 to $147 billion in 2015, and a corresponding decline in the funded ratio (the percentage of assets the 33 cities had on hand to fund promised benefits), from 74 percent to 66 percent. By comparison, the 50-state funded ratio decreased from 78 percent to 72 percent over the same period.

Asset levels for the selected cities increased by 12 percent, from $249 billion to $279 billion, between 2009 and 2015. However, that increase was outpaced by 26 percent growth in liabilities, from $338 billion to $426 billion. Moreover, the reported asset growth was driven primarily by five cities—New York, Los Angeles, San Francisco, Nashville, and Houston. Thirteen of the cities studied reported declining assets—four of them experienced losses of 20 percent or more. The decline in cities’ financial position was largely the result of recognized investment losses that occurred during the Great Recession.

Our analysis shows a growing disparity between well-funded city systems and those in fiscal distress, similar to conditions in the states. For example, Charlotte, North Carolina, and Indianapolis—both of which were more than 90 percent funded in 2009—reported improved funding levels between 2009 and 2015. The three worst-funded cities—Chicago, Charleston, and Pittsburgh—recorded basically static or declining funded ratios. Meanwhile, Milwaukee, which reported a drop in that metric of more than 20 percentage points—from 113 percent to 92 percent funded—provides an example of how well-funded plans maintain that status. By building a surplus in good times, Milwaukee’s plan provided a cushion that protected the city budget during bad times while also ensuring that benefits continued for retirees.

Pew selected 30 of the original 61 cities reported on in the earlier report, plus three additional cities—Cleveland, Pittsburgh, and St. Louis—to include in this update. The 33 cities were selected to ensure geographic diversity, with no more than two cities per state; a range of funded statuses; and liabilities of at least $3 billion. This data will be used as a reference point in forthcoming reports that will include measurements of contribution and budget impact.

The data reveal that among the 33 cities, jurisdictions with well-funded plans remained so while systems with lower funded ratios in 2009 declined the most.

Four of the five cities with funded ratios of at least 90 percent remained at that level. (The exception, Detroit, became in 2013 the largest city to file for bankruptcy.)1 The same tools that helped these cities achieve fiscal health before the recession also seem to have allowed them to maintain high funding levels through the downturn and subsequent recovery.

The four cities that were less than 50 percent funded in 2009—Charleston; Pittsburgh; Providence, Rhode Island; and Omaha, Nebraska—continued to have funded ratios below 50 percent, and five additional cities joined this category, most notably Chicago. The persistent fiscal distress of these cities demonstrates the challenge of restoring poorly funded plans to fiscal health and the impact of falling short on making required contributions. Chicago, the largest city in the sample with severely underfunded pension plans, recorded a major drop in its funded ratio, from 52 percent in 2009 to 23 percent in 2015, while pension debt almost tripled from $12 billion to $34 billion. Pew’s research in a forthcoming report will show how persistently low funded ratios lead to pension costs taking up an increasing share of the budget, making it more difficult for lawmakers to fund other important public services. In Chicago, for example, 2015 pension contributions consumed 15 percent of city revenue, excluding revenue from city-run businesses such as Midway and O’Hare airports. A recent analysis by Pew using 2017 data of five cities including Chicago found a range of pension contributions as a share of city revenue from 9 to 16 percent.2

Phoenix, Arizona, and Dallas also faced the most precipitous declines. Phoenix’s funding levels fell 22 percentage points between 2009 and 2015, to 51 percent. The city also reported the fourth-largest percentage increase in liabilities, the result of rising costs from generous cost-of-living adjustments (COLAs) and low investment returns. Reform passed in 2016 may help alleviate the funding challenges over time. Dallas recorded the largest drop in the funded ratio, falling from 87 percent in 2009 to 39 percent in 2015—due largely to the city’s police and fire plan, whose 10-year investment returns through 2015 were the lowest performing of more than 100 state and city pension funds that Pew tracks. The plan also offered unusually generous deferred retirement option plan (known as DROP) benefits; participants were guaranteed at least 7 percent returns on their accounts and could leave their money in indefinitely.

Nashville, Minneapolis, and Atlanta, on the other hand, showed the greatest improvement between 2009 and 2015. For example, Nashville reported a 19-point increase in its funded ratio, due to high returns in 2014, as well as progress on reducing debt for the city’s five closed plans. Minneapolis’ funded ratio jumped 10 points, to 82 percent, due to the merger of the Minneapolis Employees Retirement Fund and the state-run Minnesota General Employees Fund. And Atlanta improved its funded ratio from 60 percent to 69 percent, due in part to 2011 reforms that increased employee contributions, reduced COLAs, and moved most new workers into a hybrid plan that blends a smaller pension with a defined contribution account.

Between 2009 and 2015, Pew’s sample of 33 cities reported growing pension debt and declining funded levels. Most cities recorded a decline in financial position; however, cities in good financial shape heading into the Great Recession tended to emerge from it in similar condition while cities already undergoing financial distress experienced further declines. Pew’s next update, scheduled for release in late 2019, will build on this analysis, including additional metrics of fiscal health.

All figures presented are as reported in public documents or as provided by city or plan officials. The main data sources were the comprehensive annual financial reports produced by each city, pension plan actuarial reports and valuations, and other city or plan documents that disclose financial details about public employment retirement systems. Pew provided each plan the opportunity to review and verify the data. In total, data for 100 pensions in 33 cities were collected. The cities were selected based on several criteria, starting with a list derived from the 61 cities included in Pew’s “A Widening Gap in Cities” report in 2013.

The 33 cities in our data collection were selected to ensure geographic diversity, with a limit of two cities per state; a range of funded statuses; and liabilities of at least $3 billion. These cities represent 26 percent of city unfunded liabilities and are located in 28 states.

Pew assigns funding data to a year based on the valuation period rather than when the data are reported. Because of lags in valuation for many city pension plans, only partial fiscal year 2016 data are available; 2015 is the most recent year for which comprehensive data are available for all 33 cities.

Each city retirement system uses different key assumptions and methods in presenting its financial information. Pew made no adjustments or changes to the presentation of aggregate city asset or liability data for this analysis. Assumptions underlying each city’s funding data included the expected rate of return on investments and estimates of employee life spans, retirement ages, salary growth, marriage rates, retention rates, and other demographic characteristics.

Although accounting standards dictate how pension data must be estimated for reporting purposes, city pension plans use different actuarial assumptions or methods for the purpose of calculating contributions. Pew has consistently used reported data based on public accounting standards in order to have comparable information on plan financials.

Public pension plans included in this research are characterized as single employer or multiemployer. Multiemployer plans, in which several governments participate in a single plan, are further delineated as agent or cost-sharing. Employers in an agent plan share administrative costs and pool investments; separate actuarial calculations are made from each participating government, and separate accounts are maintained to ensure that each employer’s contributions are used for employees of that specific government. In a cost-sharing plan, the costs of financing benefits and administering the plan and assets are pooled among employers.

When cities were part of local or state cost-sharing plans and did not report certain data points, Pew calculated these figures by applying the city’s reported proportional share of the net pension liability to the specific data point for the total plan. 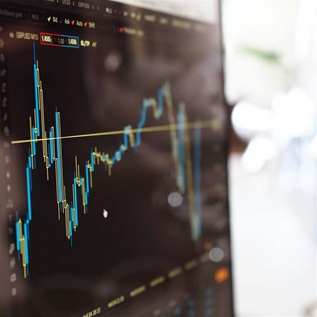