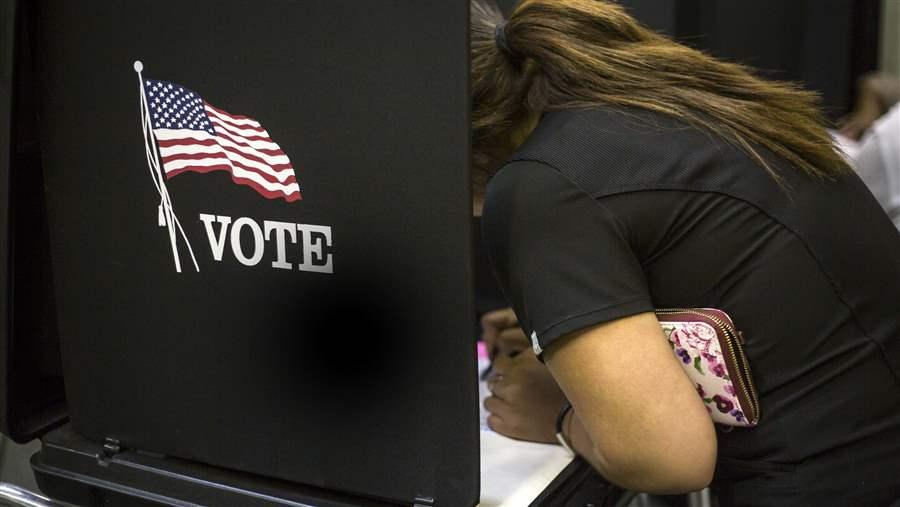 Last summer, the New Mexico Motor Vehicles Division (MVD) upgraded its licensing and identification system. State leaders used this large-scale overhaul as an opportunity to also improve the Motor Voter system. In preparation for the upgrade, a small working group made up of a legislator, election officials from the secretary of state’s office, and MVD administrators reviewed design proposals and made recommendations for the new Motor Voter system.

Early on, the working group identified three key priorities that would guide the design of the new system:

Guided by the policy considerations, the state took steps to address several technical inefficiencies in its previous Motor Voter system, including:

Challenges in the upgrade process

The effort in New Mexico resulted in significant upgrades to the state’s Motor Voter system, but the process did face some setbacks. For example, when the MVD set up the political party field on the touch-screen devices, the screens were not large enough to accommodate the growing number of parties. To avoid pushing some options to a second page, the state had to reprogram the response options. Instead of listing each party, the first screen offers the choice of major party, minor party, or no party. The next page either lists the individual parties within the selected category or, for “no party,” prompts users to confirm their intention to register as unaffiliated.