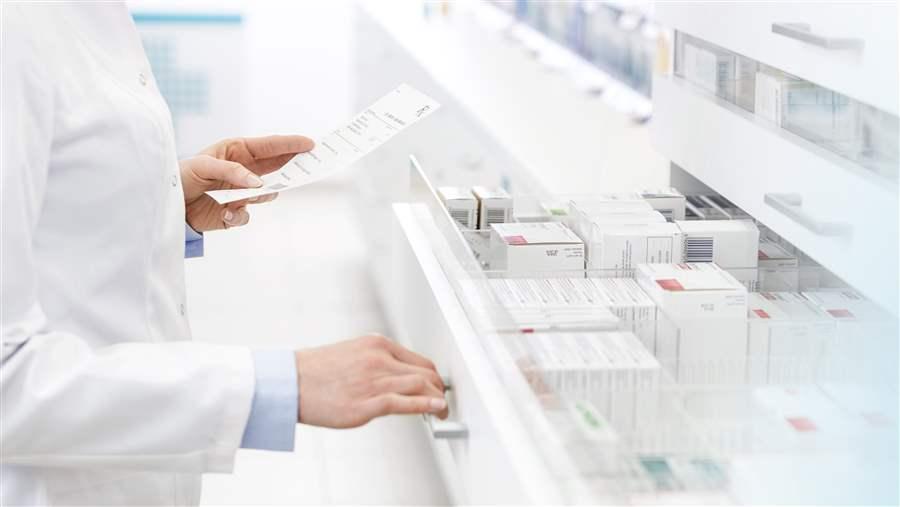 This fact sheet was updated on December 14, 2017 to reflect additional research related to government negotiation of drug prices.

Spending in Medicare Part D reached $100 billion in 2016, more than double the program’s expenditures in 2006.1 Within five to six years, program costs are expected to reach $150 billion annually.2 Over three-quarters of Part D costs are borne by the federal government, with the remaining portion paid by beneficiaries and state governments.3

Under the Part D program, private prescription drug plans (PDPs) provide drug coverage to Medicare enrollees. PDPs negotiate drug rebates and other discounts with pharmaceutical manufacturers, which reduce program costs and allow plans to compete for beneficiaries based on lowering premiums and patient out-of-pocket costs. However, the federal government is prohibited from negotiating drug prices in the Part D program as part of the Social Security Act’s noninterference clause. The clause states that the Department of Health and Human Services “may not interfere with the negotiations between drug manufacturers and pharmacies and PDP sponsors, and may not require a particular formulary or institute a price structure for the reimbursement of covered part D drugs.”4 Proponents of government negotiation believe that the HHS could secure lower drug prices than individual PDPs. Ninety-two percent of Americans favor allowing the government to negotiate with drug companies to lower drug prices for people on Medicare.5

Current law could be updated to permit the HHS to negotiate drug prices on behalf of the approximately 43 million Part D beneficiaries.6 The department has significantly larger purchasing power than individual PDPs but would likely need additional authority to achieve discounts beyond those negotiated by PDPs.

In 2007, the Congressional Budget Office (CBO) estimated that allowing the HHS to negotiate Part D drug prices would have a “negligible effect” on spending unless the agency were also given additional authorities, such as the ability to manage a federal formulary.7 To date, there is no CBO estimate on the effect that allowing the HHS to negotiate both drug prices and formulary placement could have.

The primary tool that payers use to negotiate discounts, often in the form of rebates, is through preferred formulary status, where plans reduce patient cost-sharing requirements or ease the use of utilization management tools such as prior authorization or step therapy. Preferred formulary status increases the sale of a drug and provides an incentive for manufacturers to offer discounts. This approach is most effective when multiple therapies are available to treat the same condition. In addition to granting the HHS the authority to negotiate drug prices, lawmakers could permit it to establish a formulary for Part D. Alternatively, policymakers could provide the HHS with the ability to set prices administratively if manufacturers do not offer price concessions.

The Improving Access to Affordable Prescription Drugs Act of 2017 would strike the noninterference clause from the law and instead grant the HHS the authority to negotiate Part D drug prices.8 The proposal would also give the HHS the authority to use negotiating techniques involving “formularies, reference pricing, discounts, rebates, other price concessions, and coverage determinations” to lower prices paid to PDPs. The CBO has not released an estimate of the impact such an approach could have on Medicare drug spending.

In order for negotiations to have an impact on Part D drug prices, the government would need the ability to pressure drug companies to lower their prices through the use of a formulary, utilization management tools, or administrative price setting. Policymakers would also need to consider the potential impact of these policies on patient access to medicines. Opponents argue that allowing the government to negotiate prices would inhibit innovation and limit patient access.

Potential approaches would require policymakers to define the scope of government negotiations, including:9

Under this proposal, the minimum payment amount for a drug could be based on the costs of development. An additional bonus payment based on the value of the product—as measured by quality-adjusted life years13—could increase the final price above the minimum payment amount. As leverage, the government could require higher cost sharing for drugs with higher prices or even exclude drugs from coverage. Though the federal government would negotiate the price of these select products for all PDPs, the PDPs themselves would continue to pay claims.

Given the large number of Part D beneficiaries, HHS negotiation has the potential to reduce program costs. However, proposals must be explicit about the scope of the government’s authority and the specific circumstances under which the HHS could negotiate drug prices. Elements to be clarified include what is being negotiated (e.g., prices and/or formulary placement) and what to do if the negotiating parties are unable to reach an agreement.