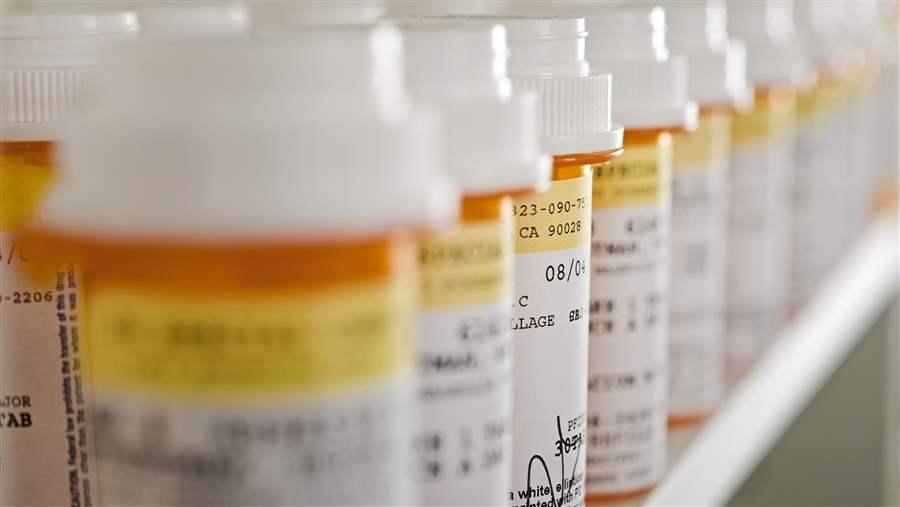 This is the first in a series of fact sheets summarizing many of these proposed policies, touching on topics such as competition, transparency, and Medicare Part B and D reforms. They will also evaluate the potential each policy has to manage drug spending and outline key issues for policymakers to consider.

Allowing prescription drugs to be purchased and imported from abroad has the potential to lower health care costs in the U.S. In the short term, patients could access some medicines at lower prices, since brand pharmaceuticals are generally more expensive in the United States than in other high-income countries, in part because some nations have taken steps to limit drug prices. In the long term, increased competition from imported drugs could put pressure on drug companies to reduce the price of their products in the U.S.

Some proposed policies would allow pharmacies, wholesalers, and patients to purchase prescription drugs from other countries if the Food and Drug Administration has approved a version of the same drug for use in the U.S., which is currently illegal.1 For example, the Affordable and Safe Prescription Drug Importation Act, introduced in 2017, would allow these entities to purchase drugs and biologics from sellers in Canada who are certified by the U.S. secretary of health and human services (HHS).2 Individuals with a valid prescription from a U.S. health care provider could import up to a 90-day supply of drugs for personal use from pharmacies licensed to dispense drugs in Canada.3 The legislation would also, after two years, give the secretary authority to allow importation of drugs from member countries of the Organization for Economic Cooperation and Development that meet certain regulatory standards comparable to those in the U.S. Controlled substances and compounded drugs would not be eligible.

The Congressional Budget Office (CBO) estimated that potential savings from a similar policy—the Pharmaceutical Market Access Act of 2003, which would have allowed pharmacists, wholesalers, and individuals to import drugs from 25 countries, among them Australia, Canada, Japan, and a number in Europe4—could have produced total savings of $40 billion over 10 years in the U.S., including savings of $2.9 billion for the federal government.5 (This estimate does not take into account any savings in the Medicare Part D program, as it was signed into law in late 2003.) The CBO also estimated that savings from the policy would be minimal if imports were permitted only from Canada.6

Another proposed policy, the Pharmaceutical Supply and Value Enhancement Act, or Pharmaceutical SAVE Act, would allow the temporary importation of off-patent drugs for which a “noncompetitive market”—one in which fewer than five versions of an off-patent drug (approved at least 10 or more years ago) are available for at least two consecutive months7—exists in the U.S. The drug’s manufacturer would be required to certify an intention to seek FDA approval. There are no published estimates of potential savings attributable to this policy.

Current law requires FDA to determine that each drug is safe and effective before it can be marketed in the U.S., approving not just the drug itself, but also the manufacturing location, source of active ingredients, processing methods, and many other factors that may affect the product’s safety or effectiveness.8 In some rare cases, in response to a drug shortage, FDA has allowed the temporary importation of certain approved drugs from unapproved sources. In these instances, the agency evaluates the foreign products to ensure that they are of adequate quality and do not pose significant risks to U.S. patients.9 In addition, a 2003 federal law gave the HHS secretary the authority to permit importation of prescription drugs from Canada if the secretary certifies to Congress that they would pose no additional risk to the public’s health and safety, and would result in a significant reduction in the cost of the drugs to Americans.10 However, the secretary has never made such a certification.

Because the importation of drugs from foreign sources would bypass current FDA review processes by creating a separate certification process, it could increase safety risks. For example, some U.S. consumers have placed prescription orders online with pharmacies that falsely promoted themselves as Canadian,11 and FDA identified a number of cases where consumers purchased counterfeit prescription drugs through websites that were operated by Canadian pharmacies.12

To reduce the potential risks associated with importing unapproved drugs, FDA would need additional resources and capacity. In a 2004 congressional hearing, FDA’s then-commissioner speculated that a program to ensure the safety of imported drugs could cost hundreds of millions of dollars annually.13 Funding would need to come from congressional appropriations or fees on industry, which could reduce the net savings from importation.

Also unclear is how imported drugs could comply with established measures to ensure that counterfeit and diverted drugs do not enter the pharmaceutical supply chain. The Drug Supply Chain Security Act (Title II of the Drug Quality and Security Act of 2013) requires that pharmaceutical manufacturers and repackagers put a unique product identifier on most prescription drug packages and outlines steps to build an electronic, interoperable system for identifying and tracing prescription drugs as they are distributed in the United States.14

Importing drugs into the U.S. could also affect foreign markets, and pharmaceutical manufacturers might alter their pricing strategies. To mitigate decreased U.S. revenue, manufacturers could seek to increase their prices abroad. In addition, the U.S. market’s large size could strain the supply of pharmaceuticals, resulting in drug shortages in other countries if importation were to be implemented on a large scale.