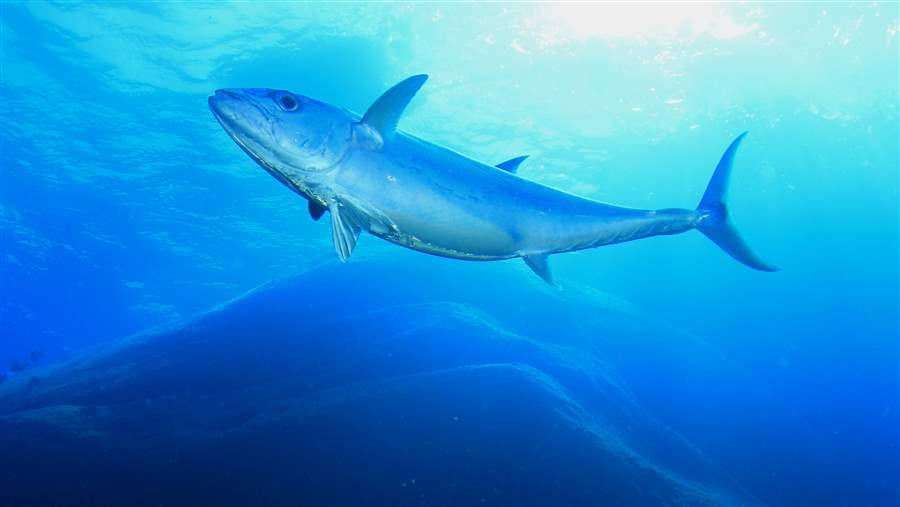 With these actions, fisheries managers can work to remove the short-term politics from WCPFC decisionmaking. Doing so would secure strong long-term financial returns from tuna fisheries while ensuring the health of marine ecosystems.

Together, the seven most commercially important tuna species are among the most economically valuable fishes on the planet. Globally, commercially landed tuna and tuna products have a value of US$10 billion to $12 billion per year to the fishermen who target these species and more than $42 billion per year at the final point of sale. These conservative totals do not account for noncommercial values of tuna, including those associated with sport fishing, other forms of tourism, and the ecosystem benefits of living tunas.

The Pacific Ocean is the source of about 70 percent of commercially landed tuna and 65 to 70 percent of the global value of tuna at both the dock and the final point of sale. The western and central Pacific is home to the world’s largest tuna fishery, yielding 57 percent of the total catch in 2014. That year, Parties to the Western and Central Pacific Fisheries Commission (WCPFC), the international body that manages tuna fishing in these waters, caught nearly 2.85 million metric tons of the primary commercial tuna species. This catch was worth more than $5 billion to fishermen in the region and more than $22.68 billion at the final point of sale. Tuna caught in the WCPFC Convention Area accounts for more than half of the landings, dock value, and end value of all commercial tuna fisheries. These data are part of a broader analysis conducted for The Pew Charitable Trusts on the value of all tuna fishing worldwide.1

Most of the largest tuna fleets in the world operate in the WCPFC Convention Area. The top seven tuna fishing nations—led by Indonesia, Japan, and Taiwan, Province of China—have vessels in the region. As can be expected in such a large geographical area, fishing operations managed by the WCPFC use a variety of gears when targeting tunas. Purse seine vessels dominate tuna fishing in the western and central Pacific by total landings and value, a result of the large volume of skipjack that they catch. This region is also fished by the world’s largest longline fleet, second to purse seining in landings and value. Other gears and methods (such as gillnet, handline, trolling, and pole and line) constitute a small but measurable source of tuna and value in the WCPFC Convention Area.

As is the case globally, skipjack and yellowfin are the most valuable tuna species targeted in these waters (see Figure 1), a result of the extremely high volume of skipjack and moderately high volume of the higher-priced yellowfin landed each year. Longline-caught tuna (bigeye, yellowfin, and albacore) have a much higher value by weight than purse seine-caught tuna (skipjack and yellowfin). In the northwestern Pacific, small fisheries for directly landed or ranched Pacific bluefin tuna fetch the highest prices in the region by weight because of high demand in the sashimi market in Japan and other high-end outlets. The value of adult bigeye is growing, a reflection of increasing demand in sashimi trade.

With so much money at stake, both in the region and as a proportion of the global tuna economy, it is vital that Parties to the WCPFC take the necessary steps to protect long-term sustainability of various tuna species. Furthermore, with the important role that tunas play in marine ecosystems in the western and central Pacific, WCPFC managers have an ethical responsibility to manage these stocks successfully.

To preserve the economic and ecological value of Pacific tunas, while sustainably managing tuna fisheries, the WCPFC must focus on: 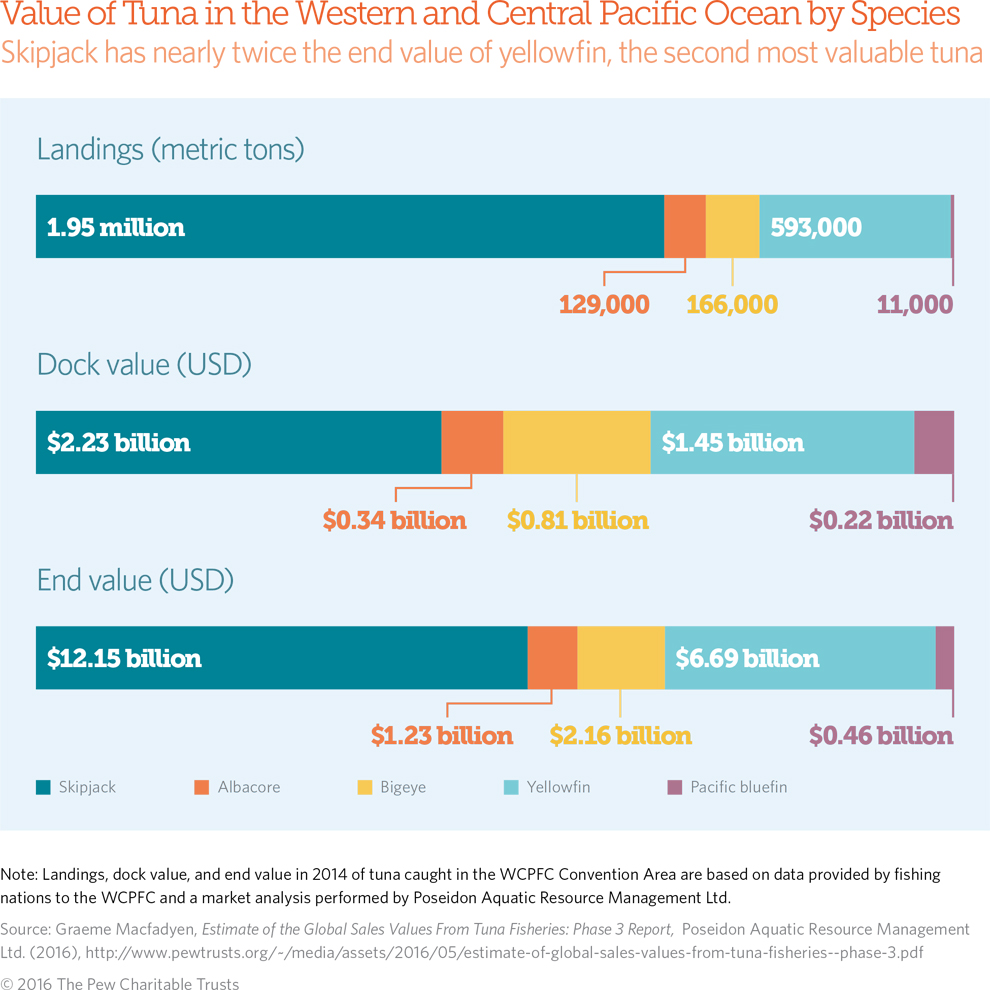