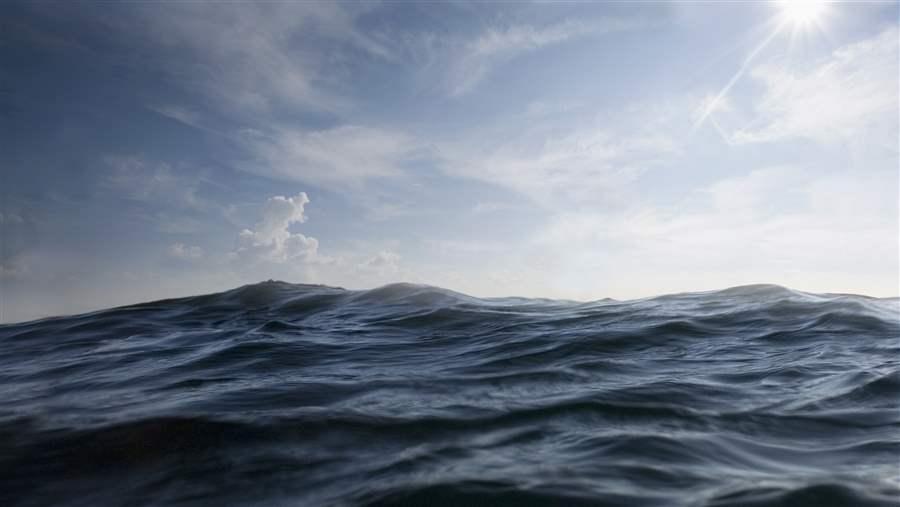 The high seas provide ecosystem benefits that extend to every corner of the globe.

Nearly two-thirds of the ocean lies beyond national boundaries, an area collectively known as the high seas. Once thought to be barren marine deserts, we now know the high seas provide ecosystem benefits that extend to every corner of the globe.

Numerous issues threaten the health of the oceans, including warming waters caused by climate change, ocean acidification, shipping, and overfishing—plus emerging risks from deep-seabed mining and power generation, among others. These issues are especially problematic on the high seas, where a lack of management for some activities, and little coordinated governance of existing high seas industries, intensifies the damage to our oceans.

In 2012, the International Union for Conservation of Nature (IUCN) World Conservation Congress adopted Resolution 074, “Implementing Conservation and Sustainable Management of Marine Biodiversity in Areas Beyond National Jurisdiction,” which stresses the need to address governance gaps through the protection of biodiversity in areas beyond national jurisdiction (ABNJ).1 Recognizing the importance of these issues, the U.N. General Assembly adopted a resolution in June 2015 that launched negotiations on a new, legally binding agreement to address the need to conserve and sustainably manage ocean life. The process began in March 2016 with the first of four meetings in which governments will start to develop the agreement. If the momentum continues, the General Assembly could fully adopt a treaty by 2020.

With the theme “Planet at the Crossroads,” this year’s IUCN World Conservation Congress has an opportunity to encourage action on the high seas, which cover 43 percent of the Earth’s surface. Motion 49 urges States to promote the development of a new international and legally binding instrument for the conservation and sustainable use of marine biological diversity in ABNJ. Specifically, such an agreement could include effective mechanisms for:

Furthermore, the motion encourages Members to support a science-based process and urges States to call on the General Assembly to convene an intergovernmental conference in 2018 to consider recommendations and adopt text of an agreement for the protection of biodiversity in ABNJ.

By including the tools outlined in Motion 49 in the new agreement, marine life could be conserved for the benefit of future generations. The new treaty could reduce the threats of emerging high seas activities and ensure that their effects are thoroughly understood through the use of environmental impact assessments. By creating a process to establish high seas MPAs, including fully protected marine reserves, ecologically important parts of the high seas would remain reservoirs of biodiversity2 and build resilience to the effects of climate change.3

At the 2010 meeting of the Convention on Biological Diversity, States committed to a conservation target of 10 percent of the marine environment, which was reaffirmed in the United Nations’ 2030 Agenda for Sustainable Development. A part of the 2014 IUCN World Parks Congress was a call for 30 percent of the ocean to ultimately have no extractive activities.4 A 2016 study found that to successfully preserve healthy ecosystems and help degraded ones to recover, 30 percent of the world’s oceans would need protection through MPAs and reserves.5 The high seas fall far behind both of these targets, with less than 1 percent fully protected.

This new international agreement represents a once-in-a-generation opportunity to profoundly improve oceans on a global scale. It is critical that States work together to ensure that the new implementing agreement address current gaps and enable more comprehensive protections of the marine environment. As a result, Members of the IUCN World Conservation Congress have an opportunity, through the adoption of Motion 49, to encourage action on a strict timeline with effective mechanisms for the establishment of MPAs and reserves and a process for environmental impact assessments on the high seas.

4 International Union for Conservation of Nature, “A Strategy of Innovative Approaches and Recommendations to Enhance Implementation of Marine Conservation in the Next Decade” (World Parks Congress, Sydney, 2014), http://worldparkscongress.org/downloads/approaches/ThemeM.pdf.