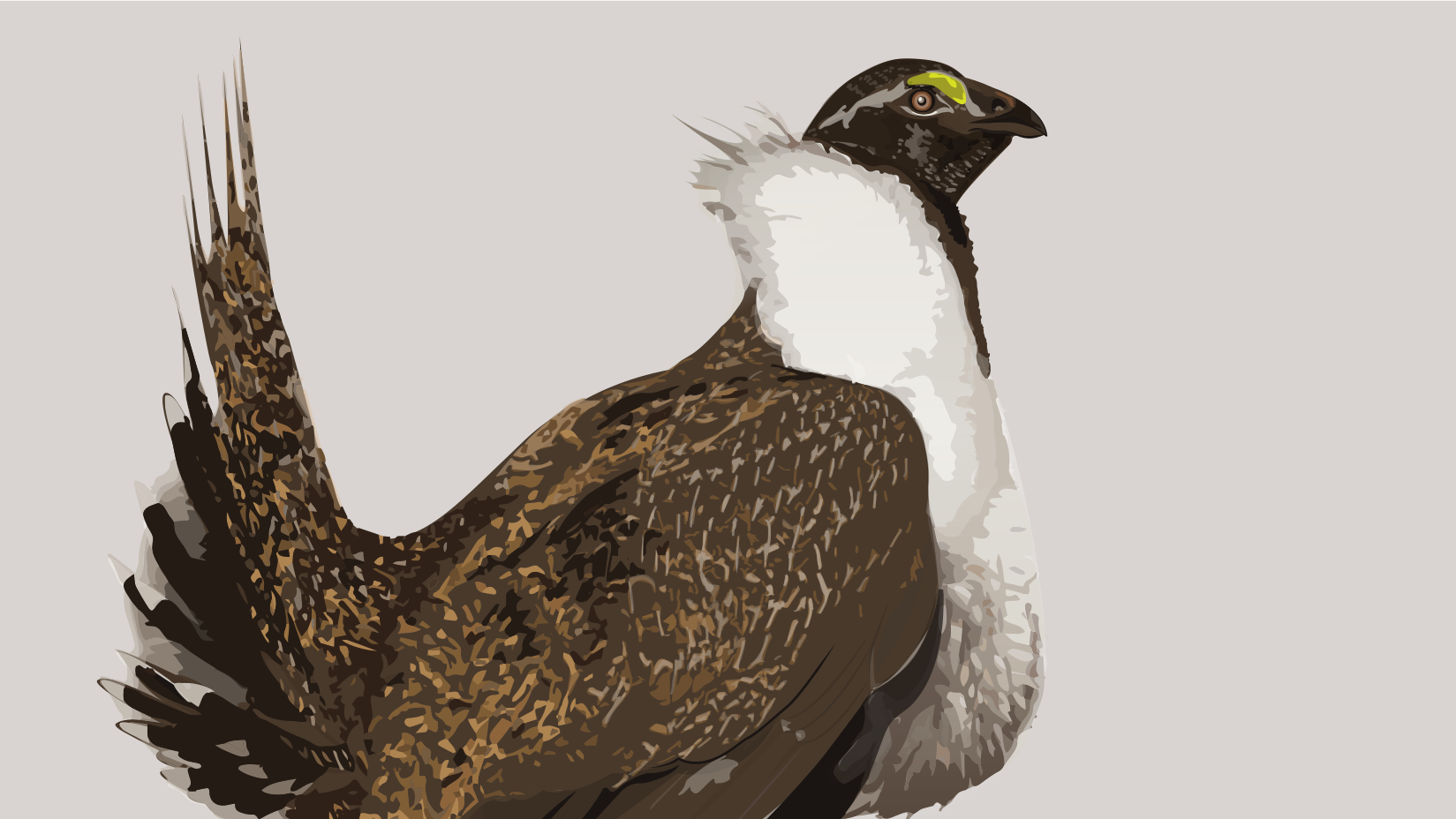 This fact sheet has been updated to reflect the May 28, 2015, release of 14 sage-grouse habitat proposals by the Bureau of Land Management.

The greater sage-grouse (Centrocercus urophasianus) is a small bird, about the size of a chicken. It is best-known for the male’s elaborate courtship dance, one of the most charismatic displays in nature. Today the bird is at a crucial turning point. A decision by the Interior Department’s Bureau of Land Management will determine the fate of tens of millions of acres of public land that are home to the sage-grouse as well as elk, mule deer, pronghorns, golden eagles, and hundreds of other species.

The sage-grouse once numbered in the millions, but its population has declined significantly in recent years as a result of the loss of about half of its habitat. This trend is worrisome because the bird is considered an indicator species, meaning that its population reflects the ecological health of much of the interior West, an area that supports hundreds of other wildlife species. If the sage-grouse thrives, so do the other inhabitants of this shared land.

The BLM, which controls more than 50 percent of remaining sage-grouse habitat, proposed 14 management plans in late May. Records of Decision, the public documents finalizing the plans, will be issued in August.

The agency collaborated with 10 states to develop conservation strategies that responsibly balance energy development, grazing, recreation, and other activities allowed on public lands.

A report by Western EcoSystems Technology, an environmental and statistical consulting firm, found that very few energy resources exist within the birds’ habitat. In fact, the best places for energy use fall well outside sage-grouse priority areas.

Conserving sage-grouse habitat has also benefited the economy. According to a 2014 study commissioned by Pew and the Western Values Project and conducted by ECONorthwest, an economic consulting group, recreation on lands where greater sage-grouse live infuses more than $1 billion a year into the national economy and hundreds of millions of dollars into local economies. The study found that this money came from people who camp, hunt, fish, and enjoy a host of other outdoor recreational activities—and went directly into local businesses and communities.

In advance of the BLM’s release of its final plans, several sage-grouse researchers wrote a letter to Interior Secretary Sally Jewell in which they expressed unease “over the lack of consistency and scientific rigor” in the agency’s 2013 draft plans. “The greater sage-grouse is an indicator species for the health of the interior West’s sagebrush steppe ecosystem,” they wrote, “and management and conservation of its habitat must be considered at landscape scales.”

A solid majority of voters in Colorado, Montana, Oregon, and Nevada—states where sage-grouse live—support strong measures to protect the bird and its habitat, according to a bipartisan poll conducted in 2014 by Benenson Strategy Group and Public Opinion Strategies.

Polling of hunters throughout the West found extremely strong support for BLM’s proposals to strengthen protections for the bird and its habitat.

Pew supports science-based, consistent land use plans that protect sage-grouse habitat while balancing the multiple uses that occur on these public lands. 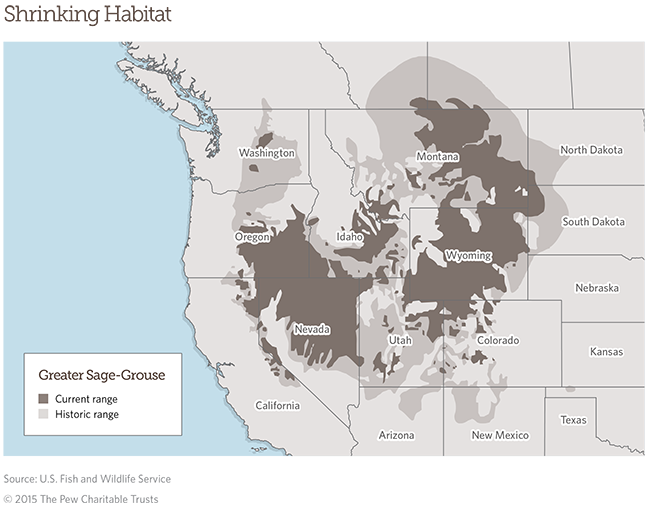