Small-scale fishing is critical to communities in the Pacific islands, but it is often not fully recorded in official statistics. “Catch reconstruction” is an approach that supplements official data with information from a broad range of sources. A reconstruction of the fisheries catch for 25 Pacific island countries, states, and territories (Zeller et al. 2014) finds that more than half the catch since 1950 went unreported. And it suggests that the key marine resources Pacific island communities depend on have declined by 20 percent since 2000. 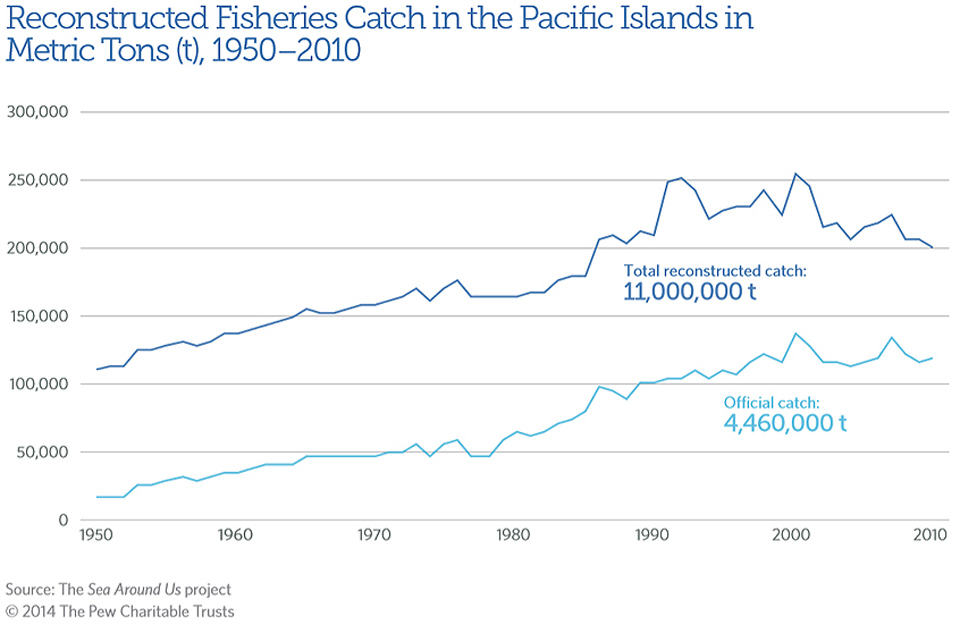 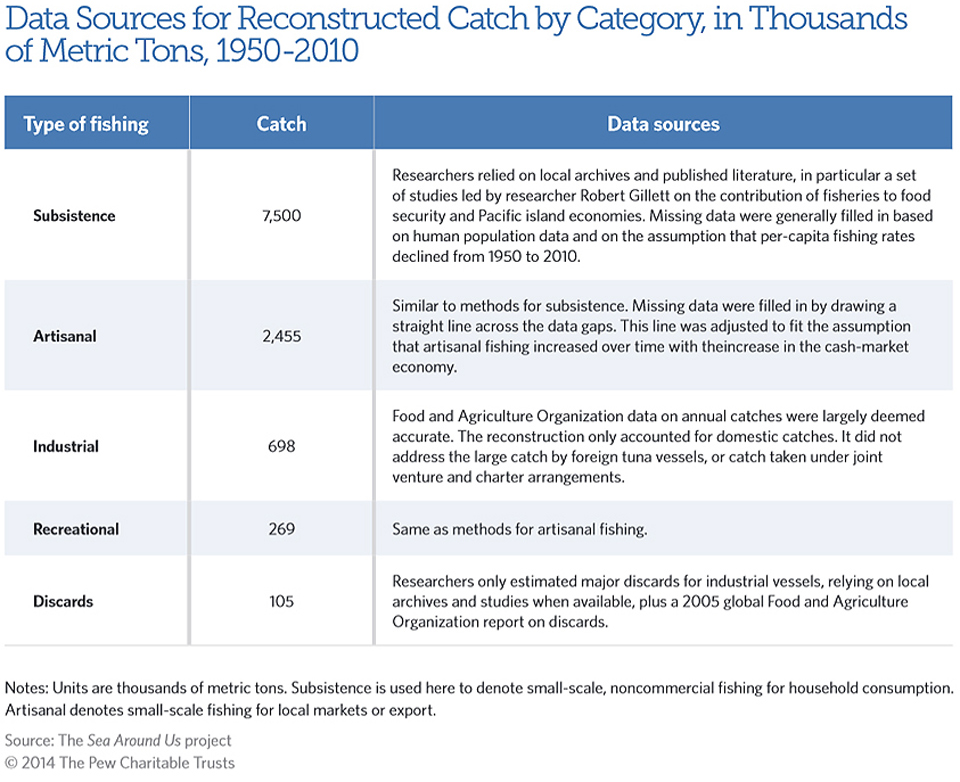