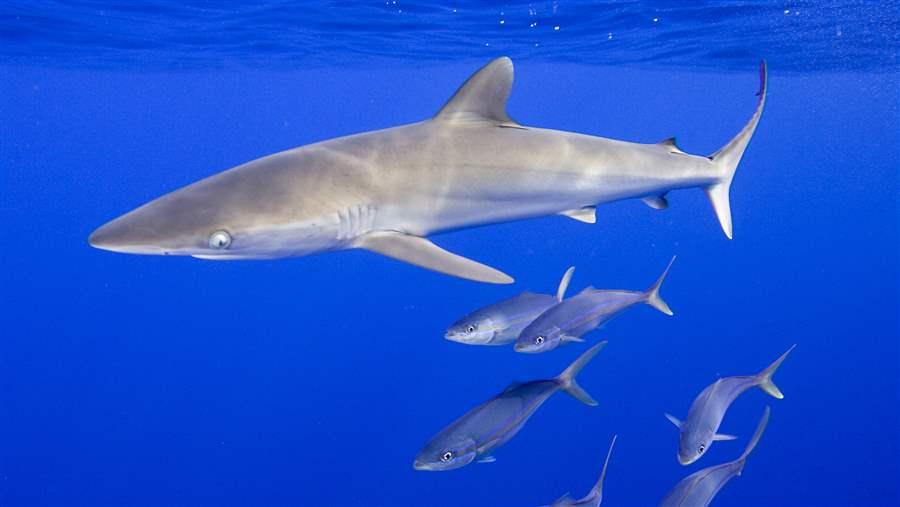 Overfishing is taking its toll on many shark populations around the world. In general, sharks grow slowly, mature late, and produce few young over long lifetimes. That makes them especially vulnerable to overexploitation and slow to recover from depletion.

The demand for shark fins, meat, liver oil, and other products has driven declines worldwide. More than half of all shark and ray species are estimated to be threatened or near threatened with extinction due to overfishing.

Every year, about 100 million sharks are caught and killed in commercial fisheries, an unsustainable number. Whether this catch is unintended, unwanted, or highly sought-after, the resulting effect on ocean ecosystems demands urgent action Until measures are in place to ensure that the targeted and incidental catch of sharks is sustainable, their capture in fishing gear should be avoided and they should be released alive when possible.

Silky, bigeye thresher, common thresher, and pelagic thresher sharks are in particular danger. Overfishing in targeted shark fisheries, by-catch in fishing gear targeting other species, and high levels of illegal and unregulated fishing have caused drastic reductions in their populations wherever they are found. International protection measures are piecemeal at best. Management measures need to catch up to the scale of the problems facing these sharks before it is too late.