Total federal grants to states are 18 percent above pre-recession levels for federal fiscal year 2014, after adjusting for inflation. (See "Federal Grants to States Up Since 2008.") The increase since fiscal 2008 was driven almost entirely by growth in Medicaid and other health programs, such as the Children's Health Insurance Program. Medicaid is by far the largest grant to states. (See "Medicaid Makes Up Nearly Two-Thirds of Federal Grants to States.") Although total health funding rose significantly from 2008 to 2014, grants in other areas, such as education and transportation, declined. Excluding health funding, total federal grants to states are 5 percent below pre-recession levels. 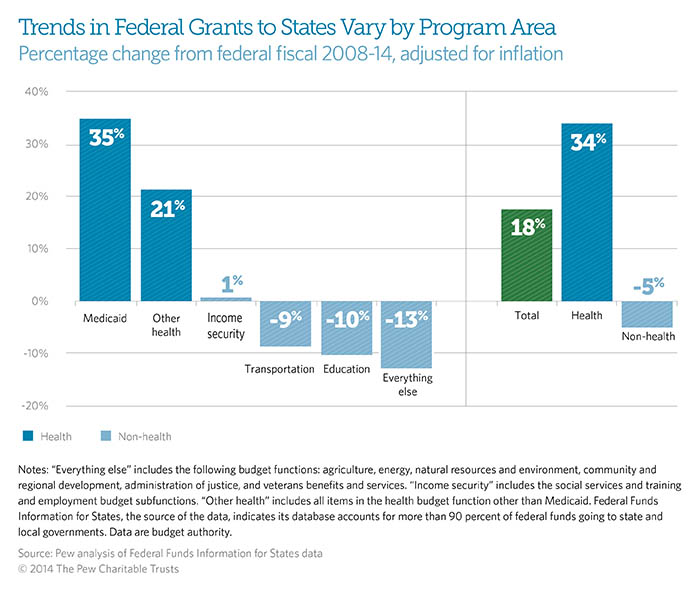