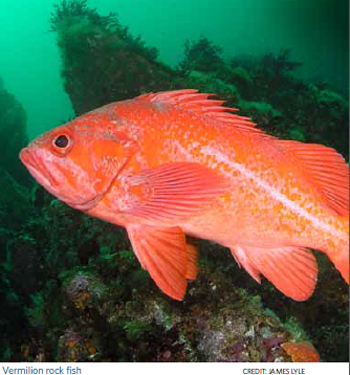 In 1976, Congress took the first steps to prevent overfishing—catching fish faster than they can reproduce—by passing the law that is now known as the Magnuson-Stevens Fishery Conservation and Management Act. The law called for conservation and management measures that would prevent overfishing and were based on science. Over the following decades, however, overfishing continued to deplete many important fish populations around the country. This prompted Congress to strengthen the law in 2006 by mandating enforceable annual catch limits (ACLs) that cannot exceed scientific recommendations and do not allow overfishing. The ACL requirement is now a cornerstone of U.S. fisheries management and has put our nation's fish stocks on the path to sustainability.

Addressing the Unique Needs of Each Region

The regional fishery management councils, composed of local stakeholders that include fishermen, make recommendations on annual catch limits for each of the fish species they manage. Each council is guided by its Scientific and Statistical Committee, which provides guidance on appropriate catch levels. Similar to a financial analyst making recommendations on a stock portfolio, science advisers use a suite of information about the status of fish populations and a variety of tools to forecast the impact of fishing on the health of stocks. These recommendations are tailored to the specific needs and challenges of the region's fisheries, and regional interests have a strong voice in final decisions on limits.

All fish species managed by the federal government have a range of information that scientists can use to recommend catch limits, from basic biology and catch data to more comprehensive information available from government assessments. For example:

Scientists use a variety of information from various sources, including independent research such as National Oceanic and Atmospheric Administration (NOAA) surveys and academic reports; and “fishery dependent” sources such as reported catch data from fishermen's logbooks, targeted and incidental catch reports from on-board observers, and dealer surveys. This information, combined with analytical methods such as modeling, helps scientists recommend limits unique to each fish and fishery.

Regional scientists recommend catch limits for Gulf of Mexico red snapper based on conventional stock assessments, which provide a comprehensive evaluation of the health of the species based on information collected by NOAA research vessels and other sources. Recently, new evidence showed red snapper increasing in average individual size, abundance, and geographic range, based on data obtained from academic and agency research, updated catch, and fishing effort data. This led scientists to recommend increasing catch levels.

Scientists recommended sustainable catch levels for South Atlantic dolphinfish (mahi mahi) by analyzing biological information, including growth rates and age at reproductive maturity, and by looking at catch data from the past 30 years to determine the health and stability of the population under current fishing conditions. Managers incorporated these recommendations and set 2012 limits for the species at 18 percent above average recent(i.e., the past 10 years) catch.

Managing as a Group: Pacific Groundfish

Nearshore species of rockfish off the West Coast are popular among commercial fishermen and anglers, but because they are slow-growing and long-lived, they are vulnerable to overfishing. Less than a third of these species have conventional assessments. In such cases, fisheries scientists instead use catch histories from the past 50 to 90 or more years and life history information to inform catch limits, as well as modeling to determine which species are most vulnerable and need more attention. These species are then managed as a group (“species complex”), with a limit set for the full complex.

By law, these recommendations cannot exceed the upper bounds of fishing levels determined by the regional council's Scientific and Statistical Committee.

The secretary of commerce, who oversees NOAA Fisheries, is then responsible for final approval before limits go into effect on the water.

Fisheries management is not a static process. New scientific data are constantly becoming available, and scientists and managers are developing innovative ways to analyze, collect, and apply this information to catch limits and other important management decisions.

Fisheries scientists are also developing different modeling techniques to better understand and predict fish population patterns and outcomes of varying fishing levels. Ecologists are working to improve our understanding of the environment that fish inhabit, providing critical information about a multitude of factors such as predator-prey relationships that influence fish populations. Thanks to this innovative science and strong management tools, the United States has one of the most advanced fisheries management systems in the world. The annual catch limit is a cornerstone of this management regime.