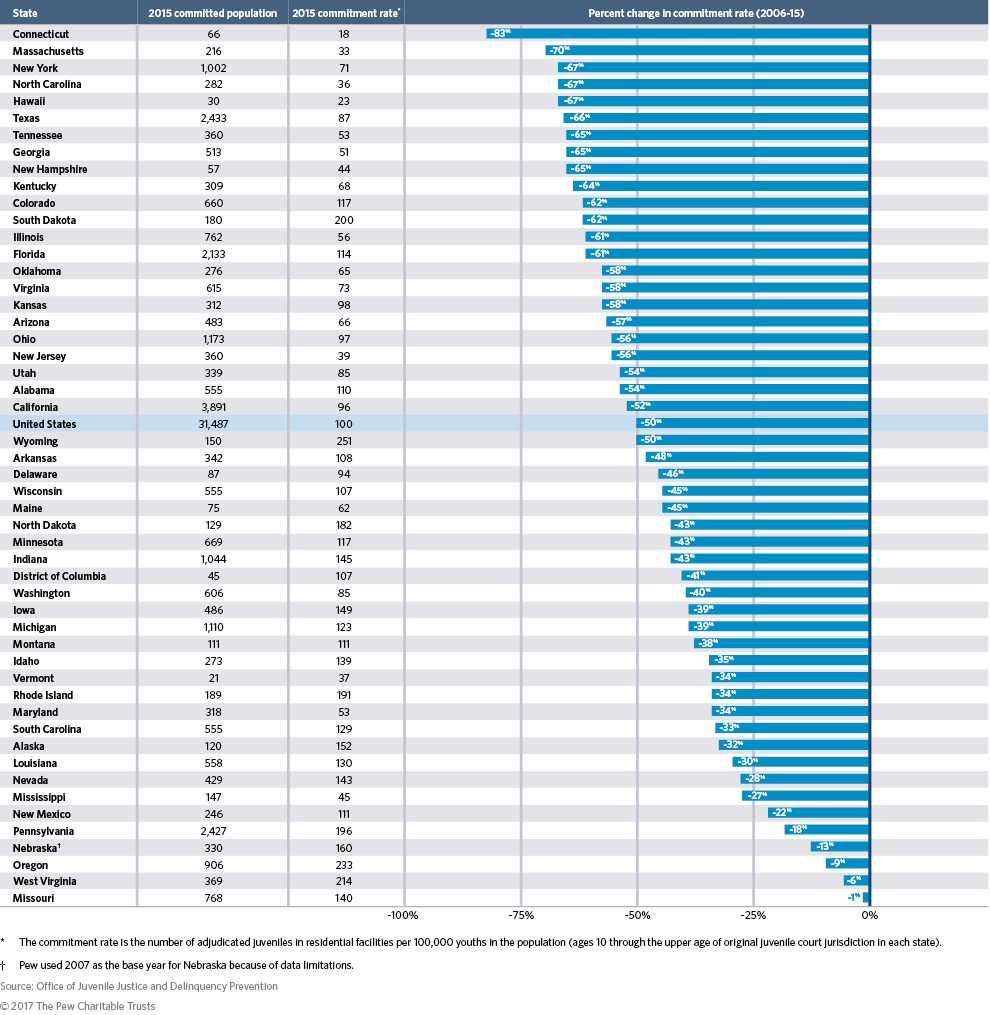 From 2006-15, the rate at which adjudicated youths were sent to out-of-home placement by juvenile courts fell 50 percent, according to data recently released by the federal Office of Juvenile Justice and Delinquency Prevention. Rates declined in states across the country, including decreases of at least 50 percent in 24 states. The nationwide reduction is matched by a 49 percent drop in juvenile violent crime arrests over the same period and comes as a growing number of states adopt policies that prioritize costly space in residential facilities for youths adjudicated for serious crimes.