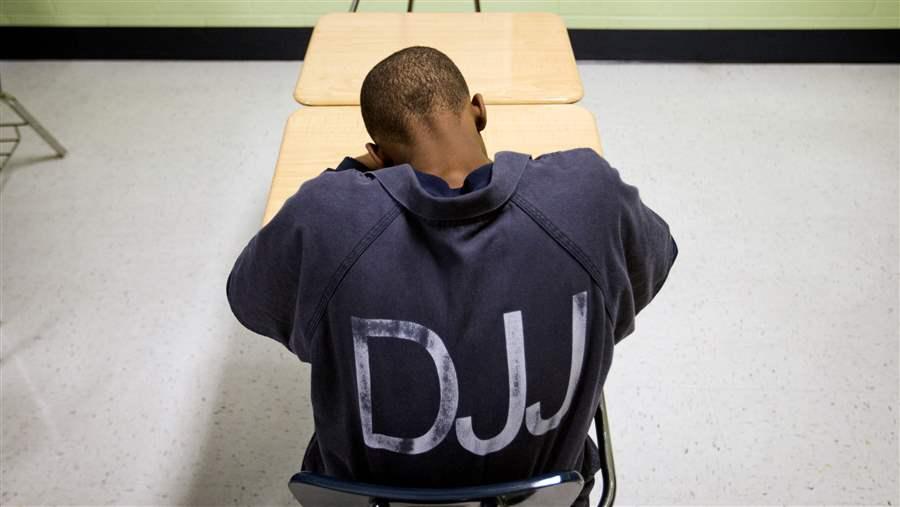 A youth sits in a classroom at the Georgia Department of Juvenile Justice's Metro Regional Youth Detention Center in Atlanta on Aug. 20, 2014.

Over the past decade, the nation’s juvenile commitment rate—the share of adjudicated youths in residential facilities—dropped by half, falling to the lowest level since the federal government began tracking it in 1997, according to a new analysis by The Pew Charitable Trusts.

Data from the federal Office of Juvenile Justice and Delinquency Prevention indicate that between February 2006 and October 2015, the rate declined from 201 per 100,000 juveniles to 100 per 100,000. A total of 24 states reduced their commitment rates by at least 50 percent during that period. Connecticut saw the largest drop, a decline of 83 percent. Since 1997, the national rate has decreased by a total of 61 percent. 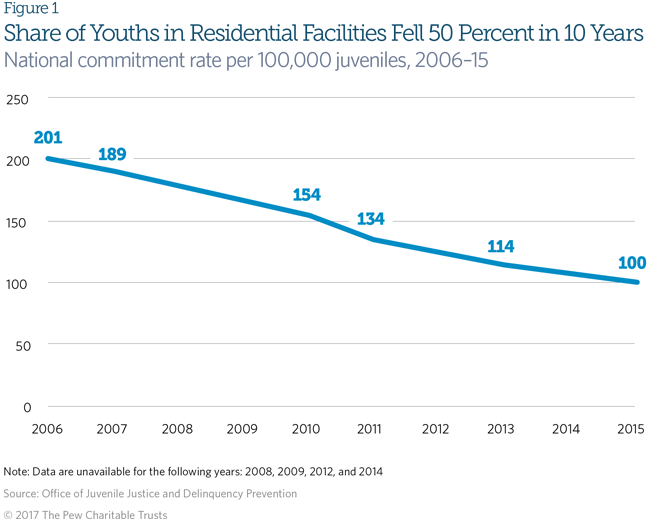 The nationwide reduction in commitment parallels the decline in juvenile violent crime arrests—including for murder and non-negligent manslaughter, aggravated assault, and robbery—which fell by 49 percent from 2006 to 2015. The tandem drops illustrate that juvenile crime and incarceration can be cut at the same time.

States across the nation have adopted policies to safely decrease their juvenile residential populations by ensuring that only the most serious and chronic offenders are placed in out-of-home facilities. The reforms have been based on a growing body of research indicating that for many juvenile offenders, residential placement fails to produce better outcomes than other responses.

And the results of these state efforts have often been significant. For example, after Georgia enacted a 2013 reform package, the state’s juvenile residential population fell 35 percent, and rather than opening two new facilities as planned, the state closed three. Lawmakers also reinvested $30 million of the savings into community programs, funding that has given judges and probation departments across the state greater access to evidence-based options for youths adjudicated delinquent. In 2016, evidence-based interventions supported through new grants served 1,723 juvenile offenders, and nearly two-thirds of participants successfully completed their programs.

As other states seek better outcomes and lower costs, they are adopting similar policies, and the findings of this new analysis illustrate that such an approach can protect public safety while reducing costly juvenile incarceration.

Jake Horowitz is director of research and policy and Arna Carlock is associate manager of research for The Pew Charitable Trusts’ public safety performance project.