State automated savings programs are designed to help millions of private sector workers gain access to retirement savings at work. In the past five years, five states have launched such programs—known as “auto-IRAs” because workers are automatically enrolled to save a portion of their pay in an individual retirement account. And another eight states have passed program legislation. These initiatives are gaining momentum nationwide; 18 states considered program bills during the 2021-22 legislative session, demonstrating that policymakers understand the need to expand access to retirement savings.

As the initial programs launched, there were concerns that state programs might “crowd out” the private market, discouraging employers from adopting their own 401(k)s or encouraging businesses to terminate existing plans.

To get a sense of how the market was developing, Pew examined U.S. Department of Labor data from 2013 to 2020 to see how the private market had interacted with the first three state programs. The analysis compared new plan adoption and plan terminations both before and after the programs started in 2017 (Oregon), 2018 (Illinois), and 2019 (California).

The data suggests that in these states:

This evidence from California, Illinois, and Oregon indicates that state programs complement the private sector market for retirement plans such as employer-sponsored 401(k)s. With active programs in these states, plus Connecticut and Maryland—and with additional states set to come online in the next few years—these state-facilitated programs fill an important benefits gap for employers that do not offer private retirement plans for their workers. 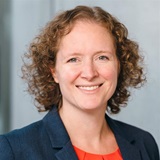