This article updates with new data a piece published in June 2021.

Businesses in California, Illinois, and Oregon, three of the first states to launch programs to help private sector workers save for retirement, were still creating new plans in 2020 and were shedding existing plans at rates slower than or largely comparable to the national average, according to an analysis of federal data.

In recent years, the increasing number of such state-facilitated individual retirement accounts with automatic enrollment—known as auto-IRAs—has led policymakers and analysts to examine the potential impact on employer-sponsored plans. The programs are focused on workers who do not have access to a savings option through their jobs.

Some have asked whether these state programs might “crowd out” the private market for plans. Would businesses not adopt their own 401(k)s, or would some employers terminate existing plans? Alternatively, could these programs encourage employers to adopt new plans?

Last year, Pew did an initial examination of data from the annual filings by employer-sponsored plans from 2013 to 2019 to the U.S. Department of Labor. The analysis suggested that, in those states that have created auto-IRA programs, employers with plans continue to offer them and businesses without plans are adopting new ones at rates similar to before the state options were available.

Updated data for 2020 shows comparable results, despite the impact of COVID-19 on the economy more broadly. Although the economic shifts may make some analysis more difficult, individual state numbers can be viewed in comparison with the national average.

Workplace savings plans are one of the most important factors in helping people save for retirement. According to the Center for Retirement Research, few workers without access to a workplace plan save on their own. A Social Security Administration analysis, meanwhile, indicates that at least a quarter of private sector workers nationwide lack access to a plan through their job. The most recent complete data on access is from 2015, but researchers do not think there have been significant changes more recently.

To address these issues, 11 states have established auto-IRA programs since 2015. The auto-IRAs are usually privately managed and most often automatically enroll workers, although employees can opt out. Employees contribute a portion of their regular pay; they can raise or lower the starting amount. California, Illinois, and Oregon have been taking contributions to the accounts for at least three years; Connecticut started its auto-IRA in late 2021.

Earlier research suggested that auto-IRAs would complement, not compete with, the private retirement plan market. In 2017, Pew published the results of a national survey of small-business owners and benefits managers that detailed their views of hypothetical auto-IRA programs. Among those whose companies had retirement plans, only 13% said they would drop theirs and enroll in such a program if one was available in their state. Among small employers without plans, 51% said they would start their own plan rather than enroll workers in the state-facilitated program.

The updated analysis of employer plan annual filings is consistent with that research. California and Oregon still have higher rates of retirement plan creation than the national average, and California’s share of new plans compared to existing ones in 2020 remains among the highest in the country. Illinois, meanwhile, has had a lower share of new to existing plans than the national average since 2013, and that has not changed. In all three states with auto-IRAs, the rate of introduction of new plans, as a share of existing plans, is higher than before these states introduced the savings programs.

The rate of plan terminations nationwide fell by 0.2% between 2019 and 2020. Termination rates also dipped slightly in Illinois (0.3%) and by smaller amounts in California (0.05%) and Oregon (0.1%). These results indicate that employers in states with auto-IRA programs are not canceling their own retirement plans at higher rates than the national average.

This evidence from California, Oregon, and Illinois continues to indicate that auto-IRAs complement the private sector market for retirement plans such as employer-sponsored 401(k)s. Auto-IRAs allow businesses that cannot afford their own plans to take advantage of a no-cost, basic savings program for their workers. Further research and study across more years will help clarify how employers and plan sponsors in states implementing auto-IRA programs respond to such initiatives.

How the retirement plan adoption rates were calculated

The data comes from federal Form 5500 Annual Reports, a required regulatory filing to the U.S. Department of Labor (DOL) for sponsors of retirement and welfare benefit plans. Pew drew on data from Form 5500s and Form 5500-SFs, or short forms—typically for plans with fewer than 100 participants—from 2013 to 2020.

Using the benefit codes provided by the filers, Pew limited the review to employers offering retirement plans, including defined benefit and defined contribution plans. Plan sponsors are required to file only once per plan per year, and a plan with participants across several states would be represented only in the state where it was filed and may include workers in additional states. Where employers filed multiple times for the same plan across several states, Pew eliminated duplicates according to simple algorithms, for example keeping the record of a state where the plan had filed in the previous year and dropping other state filings. Where employers filed multiple times for the same plan in a given year and state, Pew again eliminated duplicates according to simple rules, for example keeping initial and final filings instead of filings that represented continuing plans. Cases in which a single filing was reported as both an initial filing and a plan termination were dropped.

The DOL’s Form 5500 data continues to be updated, typically around the beginning of each month. The data used for this report, from 2013 through 2020, was downloaded in January 2022. 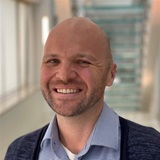 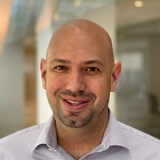 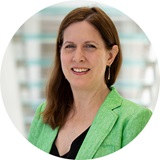