At the 27th Conference of the Parties to the United Nations Framework Convention on Climate Change (UNFCCC COP27) in November in Egypt, U.S. President Joe Biden underscored his administration’s commitment to leveraging nature to increase communities’ resilience to climate disasters, which continue to grow in intensity and frequency throughout the country. President Biden said the vision is laid out in a new report, “Opportunities to Accelerate Nature-Based Solutions: A Roadmap for Climate Progress, Thriving Nature, Equity, and Prosperity,” which his administration has developed to speed up nationwide adoption of approaches ranging from restoring natural streambeds and flood plains and protecting coastal wetlands to installing green roofs and replacing impervious surfaces with porous ones to better manage storm runoff.

With billions of dollars poised to flow to local, state, Tribal, and federal agencies from the Inflation Reduction Act and the Infrastructure Investment and Jobs Act, there is significant opportunity to increase adoption of nature-based solutions (NBS). For example, the Federal Emergency Management Agency’s Building Resilient Infrastructure and Communities grant program, which provides resources and technical assistance for community resilience, awards points to proposals that prioritize NBS.

Both the Infrastructure Investment and Jobs Act and the Inflation Reduction Act—which President Biden signed into law in 2021 and 2022, respectively—provide agencies with nature-focused mitigation and resilience funding to help address complex social and ecological challenges, such as inequitable access to federal funds for less-resourced cities, towns, and communities of color; and unprecedented biodiversity loss, increased flooding, hotter average temperatures, and record-setting droughts.

The new report is a first-of-its-kind effort between the White House’s Council on Environmental Quality, Office of Science and Technology Policy (OSTP), and Office of Domestic Climate Policy, as well as several federal agencies, to—as the report authors wrote—take a “hard look at what is need[ed] to ambitiously scale up nature-based solutions.” In doing so, the report acknowledges the many barriers that local communities, states, and Tribes often face when seeking solutions to climate-related hazards such as flooding and sea-level rise.

For example, there may not be sufficient awareness among city and state planners, engineers, elected officials, or community leaders that NBS, such as living shorelines in coastal areas or flood plain restoration along rivers, are viable options for flood mitigation. The roadmap report recommends that federal agencies move toward encouraging and prioritizing such solutions in funding programs as much as possible, including “where they are not yet explicitly considered.” The report also highlights additional barriers: that, historically, nature-based strategies were not eligible for funding under some federal programs, meaning that competition is tight for the few NBS-focused grants available to communities.

Other key takeaways from the report include recommendations to:

Unlock funding by prioritizing NBS in decisions for domestic and international projects. The report also recommended increasing and easing access to this funding and catalyzing private investment.

Train the NBS workforce. The report identified a lack of public and private sector professionals trained in designing and implementing NBS, which often requires skills different from those needed for conventional approaches to climate mitigation and adaptation.

If implemented effectively, the report’s recommendations will mark a major step forward in the Biden administration’s commitment to fighting climate change. This implementation would also help cities, states, and Tribal Nations, including lower-income communities, by creating smoother grant application processes and more opportunities to leverage nature in resilience-building efforts. 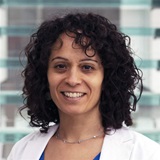