West Virginia’s Cheat River is on the edge of a remarkable rebirth, one that would have been difficult to imagine just a few decades ago. Back then, the Cheat was clogged by obstructions, poisoned by acid from abandoned mines, degraded almost to the point of no return. Now, thanks to the hard work of local groups, the acid mine drainage has been cleaned up, walleye and bass have returned to Cheat Canyon, and water quality has improved markedly throughout much of the watershed. This transformation has breathed fresh life into the annual Cheat River Festival, which occurs every May and features whitewater and road races, music, and vendors.

But one major obstacle to the Cheat’s recovery remains: the Albright Power Station Dam.

This obsolete dam is the last barrier on the river’s 75-mile journey from its headwaters in the Allegheny Mountains to Cheat Lake Reservoir. Built in 1952 to provide service to the now-defunct, coal-fired Albright Power Station, the dam no longer serves any useful purpose. To the contrary, it reduces water quality by allowing water to stagnate; those same pools are a public safety hazard for boaters and anglers, as the low-head structure creates a dangerous recirculating rapid that can cause drownings. Additionally, the dam blocks passage for fish populations that are finally recovering from decades of pollution.

Unfortunately, that pollution touched every facet of the river. In the 1970s, paddlers would complain of stinging eyes and nosebleeds after having spent time in the river. The rocks along the Cheat were routinely stained orange by acid leaching into the river from abandoned coal mines. In 1994 and 1995, two massive discharges from mines spiked that pollution to alarming levels. Following those incidents, the waters of Cheat Canyon—not just the rocks—turned orange and became so acidic that it was inhospitable not just to plants and animals but also to people; the Cheat River whitewater industry suffered a 50% drop in business in the seasons immediately following two mine failures.

In response to this crisis, in 1995 local river advocates formed Friends of the Cheat, an organization with a mission to clean up the watershed so that wildlife could thrive and people could safely enjoy the Cheat. The current state of the river is a testament to the group’s success in achieving these goals.

Today, the Albright Dam stands as a relic of that lamentable era. Removing the dam would benefit species, including walleye and smallmouth bass, that would thrive in a free-flowing river. Getting rid of the Albright Dam could also act as a catalyst for restoring species that were once present in that stretch of the river, such as the Eastern hellbender salamander and freshwater mussels. Importantly, removing the dam would generate short-term economic activity and allow for long-term economic opportunities through increased tourism.

Removal of the Albright Dam has bipartisan support within the state and among its representatives in Congress, and thanks to the recently passed Infrastructure Investment and Jobs Act, there are federal resources to help fund the removal. The U.S. Fish and Wildlife Service has committed more than $1 million to the removal of dam, and the National Fish and Wildlife Foundation, using funds allocated by the U.S. Department of the Interior, has recently granted the state of West Virginia $2.9 million to support the effort. Now is the time to fully restore the Cheat by removing the Albright Dam, which will kick off the next chapter in this vital river’s rebirth and restoration.

Jim Bradley and Patrick Lane are both officers with The Pew Charitable Trusts’ U.S. public lands and rivers conservation project. 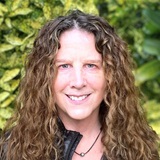 Rivers are the lifeblood of our public lands. Like the arteries that carry oxygen through our bodies, rivers help every part of the landscape thrive. From the carbon-sequestering vegetation in riverine habitat, to the caddis fly and other insects that fish and wildlife feed on, to the salmon, steelhead, and shad that transfer nutrients between ocean and freshwater habitats, rivers are integral to productive ecosystems.

Are You an Expert on Our Nation’s Rivers?

From Alaska to the Florida Keys and from northern Maine to Southern California, rivers have long played a central role in the lives of Americans—and in the health of flora, fauna, and habitat that make up thriving ecosystems. Today, many of these waterways are under assault from pollution, dams and other manmade barriers, and climate change. But there’s still time for policymakers to protect and restore our country’s rivers. Take our quiz to test your knowledge of U.S. rivers, and all the benefits they bring.

From California to West Virginia, efforts are underway to conserve and restore fish and wildlife migration corridors and habitat.