Negotiations at the United Nations for an ambitious treaty to protect ocean life in the high seas are approaching the final stage. These ocean areas lie beyond the jurisdiction of any country and make up about two-thirds of the ocean; conserving large areas of the high seas is critical to ensuring ecosystem balance and sustaining the vast array of species that live or migrate through these waters. Many of those species, which include sharks, tunas, whales and turtles, are major players in the vitality of the marine environment.

Negotiators long ago settled that the agreement, also known as the Biodiversity Beyond National Jurisdiction Treaty, would address a few critical issues, specifically: marine protected areas (MPAs) on the high seas; environmental impact assessments for activities taking place in these waters; access and benefit-sharing related to marine genetic resources; and capacity-building and the transfer of marine technology.

In anticipation of the new treaty, scientists, advocates and policymakers should start thinking about implementing this new agreement. Fortuitously, a new paper—on which I am a co-author—recently published in the journal Ocean Sustainability, outlines some of the needed next steps, specifically:

Bringing the agreement into force. Even after negotiators agree to the treaty, it won’t enter into force until a sufficient number of countries—to be determined in the final treaty text—ratify it. This first workstream highlights how governmental, intergovernmental and civil society organizations should raise awareness and provide technical assistance to countries that might need it to formally agree to the new treaty. This could include helping States understand the opportunities and obligations associated with signing the agreement or even providing technical assistance in the development of legislative, administrative and policy measures to help them meet their obligations that arise from the new high seas treaty.

Building up the institutions. The treaty will establish a number of different bodies to help carry out its work—for example, with decision-making, scientific and administrative duties. Although the text will provide general guidance to those bodies, many key details—such as rules of procedure, qualifications to serve on committees and mobilization of financial resources—will need to be fleshed out before the agreement can actively begin fulfilling its objectives of conserving and sustainably using high seas biodiversity. By engaging in preparatory meetings to agree upon some of these key details, States could help facilitate rapid implementation of the agreement.

Developing capacity, science and technology. Those who have been following treaty negotiations expect that the agreement will provide a legal mechanism to establish a network of high seas MPAs, but the global community will still need to develop proposals for priority areas for protection. Governments, scientists, advocates, funders and other stakeholders can begin the work of advancing and sharing scientific knowledge of important areas and building national and regional capacity and technology so that countries have the tools they need to carry out their treaty obligations once the pact enters into force.

While the treaty negotiation phase is nearing its conclusion, the next phase of work—to implement the treaty—is just beginning. This new paper provides a blueprint for work that can begin right now to help facilitate swift and effective implementation of the treaty after it is finalized.

The high seas support a diversity of marine life and ecosystems that are critical to the health of the ocean, climate, planet and people. They are highly vulnerable to the impacts of climate change, plastic pollution, overfishing and other human activities, but only about 1% of these areas are protected. By finalizing a strong high seas treaty in 2023, the world’s governments can take bold action to protect the high seas. 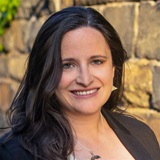