5 Years In, 5 Things to Know About Louisiana’s Justice System
Share

The new laws included changes to sentencing, corrections, and community supervision. In the legislation, policymakers focused on ensuring adequate prison space for those who pose a public safety threat, strengthening probation and parole practices, eliminating barriers to reentering society, and reinvesting savings to reduce recidivism and support victims. Using the most recent publicly available data, here are five findings about how Louisiana’s system has changed since the reforms took effect.

1. The state’s prison population has fallen 24%, driven entirely by a decline in people convicted of nonviolent offenses.

Louisiana’s reforms sought to steer people convicted of less serious crimes away from prison and shorten the time incarcerated for those who could be safely supervised in the community. In the summer of 2017, before the new laws took effect, there were about 35,500 people under the Louisiana Department of Corrections’ jurisdiction held in prisons or local jails throughout the state. By the summer of 2022, that number had fallen nearly a quarter to about 27,000. A report recently presented to lawmakers showed that the declining prison population was entirely driven by a reduction in people convicted of nonviolent offenses. That number shrank by about 11,000 between 2016 and 2021. Over the same period, the number of individuals who were incarcerated for violent offenses increased by almost 1,400.

These trends changed the composition of Louisiana’s prison population. Before the reforms, more than half of prison beds in the state were occupied by people convicted of nonviolent offenses. By 2021, that share had fallen to just 1 in 3.

The racial makeup of Louisiana’s prison population has not seen similar changes. According to the federal Bureau of Justice Statistics, Black people made up 67% of the prison population in 2016 and 2020—a number that is double the share of the state’s Black resident population.

2. More than $100 million has been reinvested to support victims and prevent re-offending, and recidivism rates are declining.

During fiscal year 2017, Louisiana spent $625 million on adult corrections—the state’s third-highest state expenditure after health care and education, according to a report by the Louisiana Justice Reinvestment Task Force. By reducing the number of people in prison, the state saved taxpayer dollars. Policymakers were able to reinvest the majority of those savings into programs that would reduce recidivism, provide services to victims, and strengthen the juvenile justice system. By the summer of 2022, the state had saved $153 million and reinvested $107 million as follows:

And today that reinvestment is showing signs of success. Recidivism rates have fallen by roughly a quarter since enactment of the reforms. In 2016, the share of people who returned to prison within one year after release was 15%; by 2020, that rate had fallen to 11%.

Despite public perception to the contrary, research has found incarceration to have only a marginal impact on crime, and no association between higher imprisonment rates and lower violent crime rates. Nevertheless, public safety has been a focus of policymakers and the public; Louisiana’s crime rates show patterns similar to national trends.

Some researchers hypothesize that an increase in gun sales and the destabilizing effects of the COVID-19 pandemic, such as higher rates of unemployment, may have contributed to the jump in violent crime.

But recent data from the Bureau of Justice Statistics and the FBI show that states can cut imprisonment and crime rates at the same time. Nearly every state saw decreases in their imprisonment rate between 2019 and 2020, regardless of whether their crime rates increased, decreased, or stayed the same.

4. The community supervision population is nearly 40% smaller since the reforms, yielding more manageable caseloads for officers.

Louisiana’s new laws encouraged use of probation as an alternative to incarceration and increased opportunities for people to earn supervised release from prison. The state also adopted evidence-based supervision practices to shorten the length of time people serve on probation or parole. These changes allowed officers to focus on the beginning of a person’s sentence, when, research shows, people are more likely to violate the conditions of their supervision.

From 2016 to 2022, the number of individuals under community supervision declined by 38% from about 72,000 to just under 45,000. This reduction meant smaller caseloads for probation and parole officers. According to data collected by the state, average caseload size fell from 140 per officer to 91, allowing officers to give more individualized attention to cases and better address the needs of each person under supervision. (See Figure 2.)

For decades, Louisiana held the dubious distinction of imprisoning more of its residents than any other state. Not long after enacting the reforms, it dropped to the number two spot; however, because other states have also reduced the number of people in their prisons, Louisiana remains in that second spot despite its still-declining prison population. 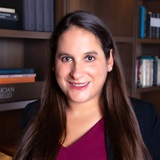