Rising housing costs coupled with difficultly accessing small mortgages have brought renewed attention to the alternative financing arrangements many Americans use to purchase homes. Although well-structured alternatives have the potential to boost opportunities for homeownership, especially among households that cannot access mortgages, existing models often introduce risks for homebuyers.

Alternative financing arrangements include land contracts, lease-purchase agreements, seller-financed mortgages, and personal property loans. Each type of contract comes with its own structure and protections but, in general, such arrangements frequently have higher costs than traditional mortgages and offer fewer consumer protections.

For example, in land contracts, buyers make regular housing payments to the sellers rather than to traditional mortgage lenders. They typically do not obtain legal title to the property until the final payment is made, leaving them vulnerable to losing equity accrued in the home. Personal property loans, which are most similar to mortgages, offer more protections than other alternative financing arrangements, but still have higher interest rates and fewer protections in delinquency and default than mortgages.

In August, Urban Institute held a webinar to discuss the range of financing options that people use to purchase homes, with a focus on lease-purchase agreements and personal property loans for manufactured homes. The Pew Charitable Trusts took part in the panel to present our alternative financing research. The event highlighted the problems and opportunities associated with these arrangements as well as actions that policymakers can consider to improve access to safe, affordable credit.

Most Americans finance the purchase of their home using a mortgage, but a substantial number turn to alternative financing arrangements. A first-of-its-kind survey published by Pew earlier this year found that 36 million Americans have used alternative financing at some point in their lives, while 7 million were using them at the time of the survey in mid-2021.

These arrangements, however, often lack protections comparable to those afforded to mortgage borrowers. For example, researchers have found that sellers sometimes inflate the asking prices for properties because third-party appraisals are not required. They may also insist that buyers pay for repairs to properties for which the buyers do not hold clear title or evict potential buyers without first offering them the opportunity to catch up on missed payments. Homeowners also can face difficulties  building equity or qualifying for consumer protections and financial assistance because they cannot demonstrate legal ownership of the home due to the nature of the financing.

The data also shows that borrowers of color tend to turn to alternative financing arrangements more often than their White counterparts. For example, Pew’s survey found that 34% of Hispanic households have financed a home purchase with alternative financing compared with 19% of non-Hispanic White home borrowers.

Four key challenges for policymakers to focus on

During the August panel discussion, a range of experts agreed that a common goal among policymakers, academics, legal aid professionals, and other stakeholders should be to preserve the homeownership opportunities enabled by alternative financing arrangements while taking steps to address the risks and challenges they pose. The panelists and discussants from Urban Institute, Pew, advocacy organizations, and industry identified four key issues policymakers should devote more resources to understanding. They are:

Adam Staveski is a senior associate and Tara Roche is the project director with The Pew Charitable Trusts’ home financing project. 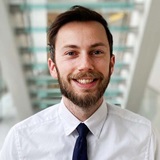 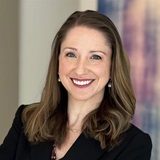