For humankind to meaningfully address climate change we must drastically reduce emissions of greenhouse gases. But we also must do more, including leveraging the power of nature to sequester and store carbon and maintain healthy, climate-resilient ecosystems. These nature-based solutions—which include protecting and restoring natural shorelines, wetlands, flood plains, and rivers; conserving peatlands; and much more—have been shown to blunt the effects of climate change and help wildlife and people thrive.

The Pew Charitable Trusts has been advocating for many of these solutions, including through our work protecting and restoring coastal wetlands and supporting carbon farming work in Australia. These solutions reduce emissions by capturing carbon from the atmosphere and sequestering it in plants, soils, and sediments for long time frames. Nature-based solutions also provide a wide range of other important benefits, such as producing cleaner air and water, protecting shorelines from storm surges, and increasing biodiversity.

But nature-based solutions won’t just happen on their own: Policymakers around the world must act to conserve, restore, and manage these areas to ensure the most benefit possible—for people and the natural world. Here are seven examples of nature-based solutions that are already helping to fight climate change. Hopefully leaders around the world can use these as inspiration to take action in their countries, even as they pursue other emissions reduction.

A shark swims through seagrass in Seychelles, where plans to protect coastal wetlands are part of the country’s updated goals to meet the climate targets of the Paris Agreement.

These red mangroves in Belize not only help stabilize shorelines and buffer coastal areas from the full impact of storms, they also help mitigate climate change by removing carbon from the atmosphere.

A kayaker paddles through a tidal swamp in the Nehalem River estuary in Oregon. Dominated by Sitka spruce, this ecosystem is a haven for salmon, migratory birds, and other wildlife, and captures a substantial amount of carbon.

Apudthama National Park, which includes Eliot Creek above, in Australia, was included in territory handed back to the Gudang/Yadhaykenu, Atambaya and Angkamuthi (Seven Rivers) peoples in September 2022. Traditional Owner groups are responsible for some of the most successful savanna-burning carbon abatement projects in Australia. By burning in the early dry season when fires are cooler and patchy, the land managers reduce the risk of wildfires in hotter months and release less greenhouse gas into the air.

A woman looks over a salt marsh and the Bodie Island Lighthouse in Dare County, North Carolina. Salt marshes provide food, shelter, and nursery grounds for wildlife; filter runoff; stabilize shorelines; and protect against storm surge. But around the U.S. and the world these tidal wetlands face a number of threats including rising seas, polluted runoff, and encroaching development. A plan to conserve 1 million acres of Southeast U.S. salt marsh—an area nearly the size of Grand Canyon National Park—is starting to take shape. 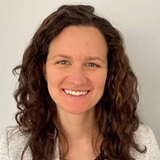