Transshipment—the transfer of fish or other marine wildlife between a fishing vessel and a carrier vessel at sea or in port—is an important component of the global commercial fishing industry but is also rife with regulatory gaps that illegal fishers often exploit to move their catch to market. Regional fishery management organizations (RFMOs) can help clamp down on this illicit activity, and the North Pacific Fisheries Commission (NPFC)—one of the world’s newest RFMOs and one in which most catch is transshipped—has an opportunity to do just that.

This year, members are well-positioned to adopt stronger transshipment practices, based on the most modern practices in fisheries management, and propose an information-sharing agreement with the Western and Central Pacific Fisheries Commission (WCPFC) at the NPFC’s virtual annual meeting, March 28-30.

Stronger management of transshipment is needed in the North Pacific

Approximately 85% of fish harvested in the NPFC Convention Area is transshipped. However, transshipment provides loopholes for fishers to launder illegally caught marine products by mixing them with catch from vessels that have followed the rules. Not only does that put legal operations at a disadvantage, but it fosters conditions for other illicit activities, such as human trafficking, and potentially deceives consumers, who trust that they are buying legal products.

NPFC’s current transshipment measure applies only to bottom fisheries (those that operate on or very close to the sea bottom), even though most of its pelagic species (fish that inhabit the water column away from the shore or sea bottom) caught in Convention Area waters—including Pacific saury and neon flying squid—are also transshipped. NPFC adopted this interim measure more than five years ago as an initial step towards more comprehensive oversight, and it is overdue for an update.

Unfortunately, NPFC remains far behind other RFMOs in monitoring transshipments. The existing measure does not provide mechanisms to verify reported data, which limits authorities’ ability to monitor and control transshipments. NPFC also does not have a regional observer program—an essential management tool that many other RFMOs use to ensure independent onboard monitoring of fishing activities. Recognizing these deficiencies, NPFC members agreed in 2021 to develop a proposal to reform transshipment management and close several loopholes in the policy.

At the NPFC’s 2022 annual meeting, members should strengthen its transshipment measure by:

Data sharing can improve oversight of transshipment between overlapping RFMOs

In addition to improving transshipment oversight, NPFC members should work with RFMOs whose convention areas overlap with theirs, such as WCPFC, to create data-sharing channels. These overlap areas can have multiple management regimes in place for the same waters, providing avenues for misreporting to one or both RFMOs.

In recent years, satellite data has shown high levels of carrier vessel activity in the WCPFC/NPFC overlap area, raising concerns that unreported or misreported transshipments—of either Commission’s managed species—could be occurring in this area. This potentially allows dually registered vessels to transship but abide by neither WCPFC’s or NPFC’s rules nor report any species transferred.

The lack of transshipment notification requirements for authorized carrier vessels in these dually managed waters, coupled with the lack of an information-sharing agreement between the WCPFC and the NPFC, limits both RFMOs’ understanding of carrier vessels’ transshipments in this region. Implementing a data-sharing memorandum of understanding (MoU) between these organizations would significantly increase transshipment oversight in these co-managed overlap areas by establishing an active and regular exchange of reported transshipment-related data. An MoU can also allow for the development of joint monitoring, control and surveillance activities to ensure compliance with transshipment regulations and facilitate processes to promote compatibility of transshipment measures.

Globally, transshipments are often not well regulated and do not cover the breadth of species transferred. Because transshipments play a key role for many fisheries operations in the North Pacific, Pew urges NPFC members to strengthen the Commission’s transshipment measure and agree on an information-sharing MoU with WCPFC at this year’s annual meeting. These actions would address gaps in monitoring and management of transshipments without adding major operational burdens for fishers. With NPFC’s annual meeting just a few weeks away, it is up to all its members to be prepared to take these required actions to improve fisheries governance in the region.

Raiana McKinney is a senior associate and Esther Wozniak is a principal associate with The Pew Charitable Trusts’ international fisheries project. 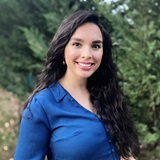 Since 2019, The Pew Charitable Trusts and other accredited observers of the North Pacific Fisheries Commission (NPFC), including the Deep Sea Conservation Coalition and WWF Japan, have voiced concern about the level of transparency of NPFC’s deliberations.