Ecosystem-Based Management of Forage Fish Could Benefit Ocean and Communities

Note: The headline of this article was updated Aug. 4, 2021, to better reflect the findings of the study.

Taking a holistic, ecosystem-based approach to managing small prey species known as forage fish could yield several economic and ecological benefits, a new study has found. The research, which focused on forage fisheries off the coast of California, modeled a management strategy for two forage fish species—anchovy and sardine—while also considering populations of halibut and brown pelicans, both of which feed upon forage fish.

The study, written by University of California, Davis economist James Sanchirico and Tim Essington, a marine ecologist with the University of Washington and a Pew marine fellow, was published recently in the journal Ecological Applications.

The authors found that ecosystem-based fisheries management was more likely than a traditional single-species approach to meet conservation goals for vulnerable species, and could do so without harming communities economically.

“We found that the more species that are managed together—sardine, anchovy, and halibut—the more levers there are for managers to meet conservation objectives, such as improving brown pelican populations, at the lowest economic cost to the people and communities that depend on these forage fish. So, it can be a win-win situation,” said Essington.

Once critically endangered, brown pelicans were removed from the endangered species list in 2009. However, recent population crashes of sardines have led to renewed concerns about the status of brown pelicans off the West Coast.

Forage fish are small, open-water fish that have a big impact on both marine food webs and coastal economies. They are an important food source for many predators, ranging from commercially valuable fish species to seabirds. People also rely on them for food and to produce fish meal, fish oil, and other products.

Historically, fisheries managers focused on managing a single forage fish species at a time, which does not reflect the species’ role in food webs. But momentum has been growing for a shift toward ecosystem-based strategies, largely based on research showing that it can help protect biodiversity and facilitate long-term sustainable fisheries.

Nonetheless, said Sanchirico, “[T]here are still many questions on the potential economic and ecological gains and under what conditions we might expect them to be the largest. This research attempts to address these questions.”

The findings outlined in the paper may also help managers optimize catch limits during natural fluctuations in the abundance of forage fish populations. According to the model, fishers may be able to take greater advantage of forage fish populations when the stocks are at a peak without harm to the ecosystem. However, managers would need to take more stringent precautions in closing the fishery prior to low points in the population cycles. If such a management approach were implemented, the sardine fishery could see economic gains of 60% or more relative to the current management system, the study found.

“Our study contributes to the growing body of literature highlighting the potential gains from zooming out and taking a more holistic view and shows under what conditions those gains are likely to be the largest,” said Sanchirico. “Forage fish management seems like a low-hanging fruit for incorporating ecosystem principles and approaches into management.”

Peter Edwards is an officer and Kevin He is a principal associate with The Pew Charitable Trusts’ conservation science program. 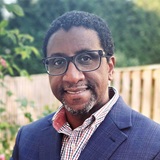