5 Reasons the Boreal Forest Is Important to Migratory Birds

This article was updated on July 22, 2021, to include a photo of an American three-toed woodpecker.

The boreal forest of North America stretches across the top of the continent, from inland Alaska and northern British Columbia to the Atlantic coast of Newfoundland and Labrador. Although fragmented wildlife habitat exists in the southern regions of the forest, the boreal in the northern subarctic region provides one of the most intact biomes on Earth. The forest—its wetlands, peatlands, and treescape—makes a home for hundreds of species of migratory birds, and a nursery for their young. Here are five reasons that migratory birds need a protected boreal forest.

1. The boreal forest in Canada is North America’s bird nursery.

Each spring, 1 billion to 3 billion birds migrate from as far as South America to northern Canada, where they find refuge in the boreal forest. This subarctic landscape of wetlands and forest sustains nesting grounds for more than 300 species of birds.

2. The annual migration of birds is one of the largest in the world.

In the fall, with the population increased by new chicks, up to 5 billion birds leave this avian nursery for their southern wintering grounds in the U.S., South America, Central America, Mexico, and the Caribbean. The vastness of the boreal forest is critical to the ecosystem services it provides. In fact, it has more intact forest than the Congo or the Amazon.

3. The boreal forest offers birds some refuge from climate change.

As much of the planet warms and weather patterns shift because of climate change, migratory birds arrive in the boreal earlier each year, and habitat for many species in the northern hemisphere is shifting northward. Landscape-scale conservation, including large Indigenous Protected and Conserved Areas (IPCA), will protect reservoirs of habitat that will allow healthy populations of birds—along with other wildlife and plants—to survive and adapt to changes in climate.

4. The boreal is the summer home for your backyard songbirds.

Most migratory birds that people enjoy in their backyards and parks in North America were born and raised in the boreal forest. This includes 80% of waterfowl species, 63% of finch species, and 53% of warbler species.

Indigenous peoples have lived in the boreal forest for millennia and have protected songbird nesting areas found on their lands. Landscape-scale conservation of the boreal, especially IPCAs and the stewardship provided by Indigenous Guardians, will help Canada reach its goal of protecting 30% of its land and waters by 2030 under the United Nations Convention on Biological Diversity.

The boreal forest is vital habitat not only for North America’s birds but also for a wide range of other wildlife species. The Pew Charitable Trusts, through the International Boreal Conservation Campaign, has been working with nongovernmental organizations and Indigenous partners in Canada since 2000 to protect the forest, which is important to the long-term survival of these bird populations and way of life of the Indigenous peoples who have lived there for generations. 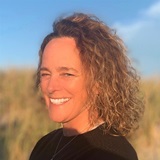 The International Boreal Conservation Campaign, an initiative of The Pew Charitable Trusts, supports conservation of old-growth forests and wilderness.

Late last month, a United Nations report delivered a sobering message: The world had failed to meet 2020 conservation targets set a decade prior, an indication that land and ocean ecosystems aren’t getting the support they need to sustain biodiversity.